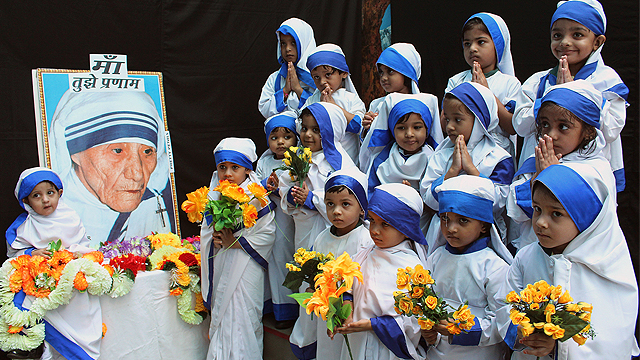 Though the Synod on the Family is over, the analysis and even the “spin-od” continues in the media. Meanwhile, life moves on at the Vatican. As a result there were a few stories that got less than their fair share of coverage this week because writers were still focused on who said what about the synod.
Vatican-China relations
On October 11 a delegation of six people representing the Holy See arrived in Beijing to meet with Chinese authorities.
Cardinal Pietro Parolin, the Vatican’s Secretary of State, confirmed this week that the meeting had taken place while answering journalists questions at an event for the 50th anniverary of Nostra Aetae. He characterized the dialogue as being “very positive,” said it was not the first time a Vatican delegation had traveled to Beijing, but did not give further details. The cardinal said the meeting was part of a journey towards normalized relations with China.
Reports of the meeting had been circling for about a week. The Hong Kong based Catholic news agency UCANews reported on October 16 that a the Holy See had travelled to Beijing for talks. A columnist for UCANews wrote that it appeared the two sides has agreed to leave aside thornier issues for the time being.
Shortly after the Vatican-China meeting, a group of 25 Chinese bishops met with Chinese authorities who oversee religion in the country and were told to insist on “sinicization” of the local church.
Mother Teresa’s journey to sainthood?
Mother Teresa was declared Blessed in 2003 by St. John Paul II and there is much hope that she will be declared a saint very soon. It turns out a possible miracle attributed to her is being studied by the Vatican. If it is approved it could lead to her much anticipated canonization.
The healing involves a man in Brazil who was diagnosed with several brain tumors. While he lay in intensive care his distraught wife went to their parish looking for counsel and solace.
Fr. Elmiran Ferreira Santos, the pastor of Our Lady of Aparecida parish told Catholic News Service he had just celebrated Mass with the Missionaries of Charity when he encountered the distraught woman at his parish. Not knowing how else to comfort her, he suggested they pray together to Mother Teresa. He gave the woman a medal that the Missionaries of Charity had just given him and encouraged the woman to continue praying to Mother Teresa with her family.
Two days later the husband was discharged from hospital with no tumors.
In June, officials from the Congregation for Saints Causes travelled to Brazil to investigate the case. The miracle needs to be studied by a medical panel, and a theological panel before it can be approved by the Congregation for Saints Causes.
Earlier this year, unconfirmed reports circulated that the Vatican was preparing to canonization her during the Jubilee Year for Mercy which begins December 8.
--
Watch this week's episode of Vatican Connections below: