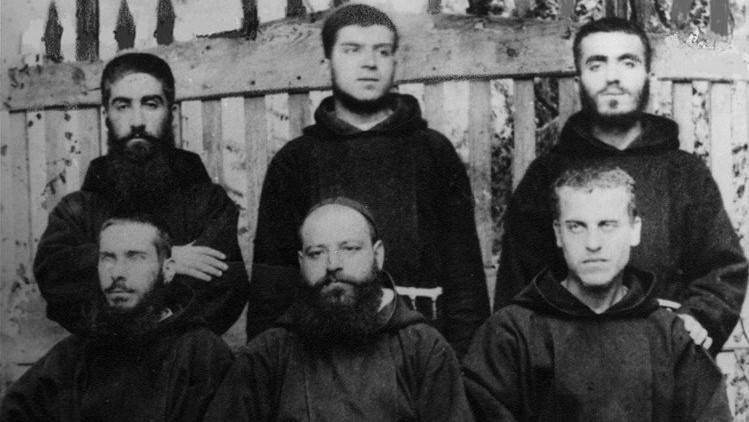 Capuchin Fathers Leonard Melki, top left, and Thomas Saleh, bottom right, are Lebanese priests who were martyred by the Ottoman Turks in 1915 and 1917 respectively. The were beatified in Lebanon June 4, 2022. (CNS photo/Archives of the Vice Province of the Capuchins in the Middle East, Mteyleb, Lebanon)
BEIRUT (CNS) – Like a light piercing through the darkness of despair in beleaguered Lebanon, two martyred Lebanese Capuchin priests were beatified on the eve of Pentecost. The beatification comes as Lebanon is drowning in a catastrophic economic meltdown in which poverty is now a reality for nearly 90% of the population. The new blessed martyrs -- Capuchin Fathers Leonard Melki and Thomas Saleh -- were persecuted and killed in Turkey under the Ottoman Empire, in 1915 and 1917, respectively. Thousands gathered for the June 4 beatification Mass presided by Cardinal Marcello Semeraro, prefect of the Congregation for Saints' Causes, in the courtyard of the convent and psychiatric hospital complex of the Franciscan Sisters of the Cross in Jal El Dib, overlooking Beirut and the Mediterranean. The order was founded by the blessed martyrs' fellow Lebanese Capuchin -- Blessed Abouna Yaccoub, who was beatified in Lebanon in 2008 -- whose tomb lies in the adjoining church. Prelates participating on the altar included Cardinal Mario Grech, secretary-general of the Synod of Bishops; Lebanese Cardinal Bechara Rai, patriarch of Maronite Catholics; Syriac Catholic Patriarch Ignatius Joseph III Younan; and Archbishop Joseph Spiteri, papal nuncio to Lebanon. "Even today and in many parts of the world, injustice wounds humanity and causes great suffering," Cardinal Semeraro said in his homily. The two martyrs were "victims of a wave of hatred that repeatedly swept through the end of the Ottoman Empire and mingled with the tragic events of the persecution of the entire Armenian people and against the Christian faith," he said. "Humanly, they were victims, but from the perspective of the Christian faith they were victors," the cardinal said, who noted that it was the Holy Spirit who gave them courage. Attracted by the missionary example of friars from the Capuchin order serving in their village of Baabat, Lebanon, Father Melki was just 14 and Father Saleh was 16 when they left their homeland in 1895, entering the minor seminary of San Stefano, a district of Istanbul. In their mission, they served Christians of all rites, including Armenian, Syriac and Chaldean. They were ordained in Turkey in 1904. When Turkish soldiers raided Father Melki's monastery in Mardin, he hid the Eucharist. Imprisoned and subjected to barbaric torture, he stood strong and remained faithful when offered mercy if he agreed to convert to Islam. From Mardin, Turkey, where he served, Father Melki was forced to march to a desert with more than 400 Christian prisoners, including the Armenian Catholic bishop, Blessed Ignace Maloyan, who was beatified in 2001. All refused to convert to Islam. They were massacred on June 11, 1915, the feast of the Sacred Heart. Father Melki was stabbed with a dagger in the heart. After sheltering an Armenian priest during the Armenian genocide carried out by Ottoman Turks in 1915-1918, Father Saleh was arrested, sentenced to death and deported in the middle of winter under the escort of a platoon of soldiers. He died Jan. 18, 1917 in Marash, repeating with courage: "I have full trust in God, I am not afraid of death." Danny Saleh, 67, traveled from Tyler, Texas, to attend the ceremony honoring his great-uncle, the martyred Father Saleh. Saleh's grandfather, who was the brother of Blessed Father Saleh, immigrated to the United States from Baabdat, Lebanon at the age of 14. "I've always wanted to come to Lebanon," he told Catholic News Service. "Now is the time. I couldn't miss this important event. To die for your faith, that's amazing to me. Faith has got to be the strongest thing you can have." "I'm just stunned, looking at how many people are here," Saleh said smiling. "I thought it was going to be a couple hundred people, but everyone has come. This is huge." Lebanese from near and far also attended the ceremony. The Order of Capuchin Friars Minor provided 30 buses to allow people from throughout Lebanon to travel to the event. For Fares Melki, 70, who resides in Baabdat, the village where his great-uncle Blessed Father Melki was born, "I was always sure that one day he would be a saint, in my lifetime," he told CNS. When people of Baabdat in particular express to him their pride about the future saints from their village, Melki said he tells them: "It's not enough. You, too, must be a saint." To a chorus of bells from the two churches on the convent grounds, the crowd erupted into cheers at the conclusion of the beatification Mass with many women ululating, a sign that their burdens of a difficult life had been removed -- even if only temporary. Dede Zghaib, from the nearby town of Biyaout, expressed the exuberance as she left. "I am very happy," she said. "I hope our Lebanon will keep this joy we have today. This is Lebanon, the land of saints." 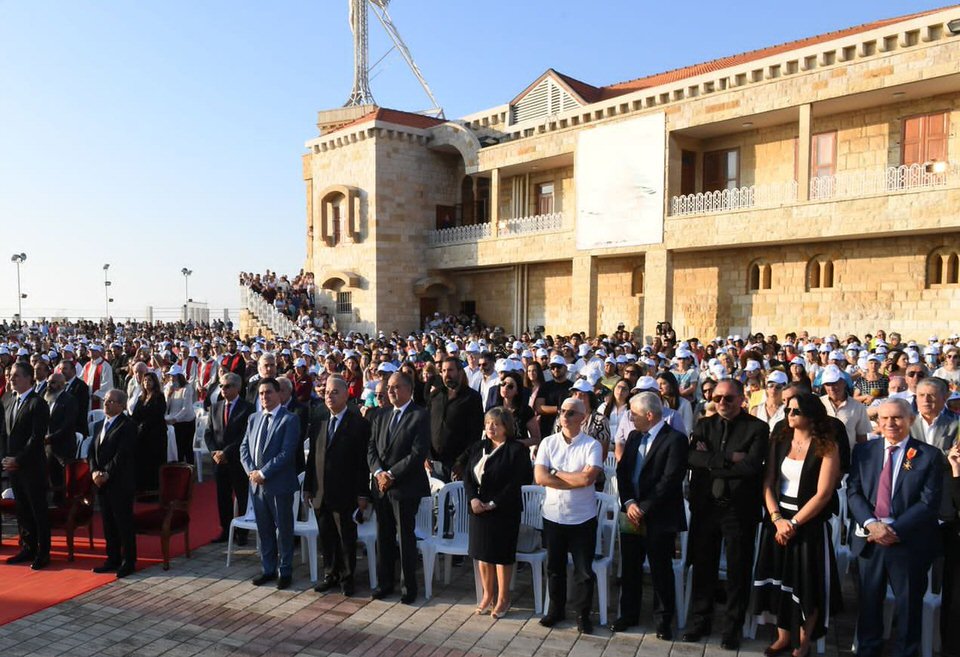 Thousands gather for the June 4, 2022, beatification Mass of Lebanese Capuchin Fathers Leonardo Melki and Thomas Saleh who were martyred in Turkey under the Ottoman Empire, in 1915 and 1917 respectively. The beatification Mass took place at the courtyard of the convent and psychiatric hospital complex of the Franciscan Sisters of the Cross in Jal El Dib, overlooking Beirut and the Mediterranean. (CNS photo/Mychel Akl for the Maronite patriarchate)