Politics and religion may be walking a tight line together come Easter weekend this year. 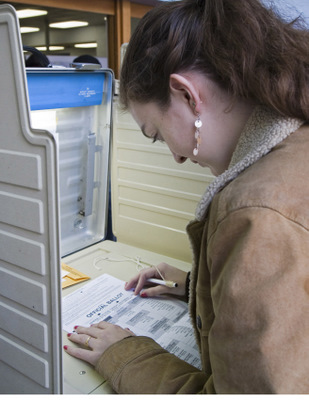 Elections Canada announced last week that advanced polling will take place on the Friday, Saturday and Monday of Easter weekend, which means a possible influx of parishioners and partisans at a parish hall near you. As is customary in elections, advance polling is scheduled the Saturday, Sunday and Monday a week before the election. Catholics looking to cast their democratic right can do so on Good Friday (April 22) and Holy Saturday (April 23) from noon until 8 pm. Polls will be closed, however on Easter Sunday, but will re-open for business on Monday. Those unable to vote on Election Day or an advance poll can cast a special ballot. The deadline to submit a special ballot is April 26 if you can’t vote on the day of the election or at advance polls. Bill Steinburg, Communications Manager for the Archdiocese of Toronto, says he’s thankful that advance polling will not take place on Easter Sunday. “We’re fortunate that the holiest day in our calendar is being respected,” he said. “We won’t have any concern with our parishes around working or voting on the holiest day in our liturgical year.” Steinburg added that the unfortunate timing of the federal election may create conflicts. Should there be any issues with parking or crowds on days like Good Friday, alternative locations will have to be chosen. Some argue that there was no need for an election in the first place. That is another issue for another time. That aside, the advance polling dates will be an unwelcome distraction for some Christians, considering that Easter weekend is one of the busiest times in our Church’s liturgical calendar. Elections Canada should consider making alternate scheduling and location arrangements, given that our parishes will be busy catering to the spiritual needs of those attending various liturgies. Perhaps Elections Canada can open up polling stations in the week leading up to Easter. Some food for thought. - CNS photo/Jim West