Abortion is a Spiritual Struggle 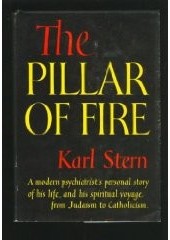 As Salt + Light prepares for our coverage this week of the March for Life (this Thursday, May 14th, on Parliament Hill) I have been reflecting on the spiritual aspects of the abortion controversy. Without a doubt it is true that abortion is fundamentally a human rights issue and not a religious one. You do not need to believe in the Catholic Catechism, the Koran or the Talmud to come to the conclusion that the destruction of unborn children is murder. However, like all struggles for civil rights, justice and truth there is a larger spiritual struggle underneath the ugly exterior of abortion in our society.
One book every Canadian Catholic should read is The Pillar of Fire by Karl Stern, a world renowned Psychiatrist and professor at McGill University. In his autobiographical testimony of his conversion to Roman Catholicism this distinguished professor lays bare his soul and recounts his experience growing up as a Jew in Nazi Germany. In contemplating the suffering that exists in the world Stern proposed but ultimately deemed futile the following ideas: despair, resentment, statism and science. In the end his search for the answer to the riddle of human suffering led him to the Lord. He would write:

What a beautiful description of the attitude we must present to the world as witnesses to the inherent value of each and every human life. However, you may be asking, “What is the practical application of Stern’s beliefs?” 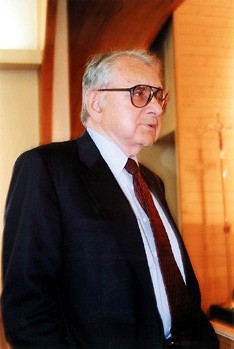 Well, Stern was a prominent professor in Montreal throughout the post war years. One of his best students was a brilliant young Jewish-atheist from New York City named Bernard Nathanson. Stern developed a close relationship with this young man and later offered him a prestigious fellowship to continue his studies in psychiatry. However, Nathanson passed on the opportunity and instead pursued specialties in gynecology and obstetrics. Years later Nathanson was one of the founding members of NARAL (National Association for the Repeal of Abortion Laws), the Director of the largest abortion clinic in the United States, and was directly responsible for more than 75,000 abortions. In the late 1970’s Nathanson was transformed by the advent of new technologies such as ultrasound which confirmed the reality of human life in the womb. He quit the abortion business and went on to become a leader in the pro-life movement. He also thought back to his close friend and mentor Dr. Karl Stern…and picked up a copy of The Pillar of Fire. Thus began Nathanson’s spiritual conversion. On December 8, 1996 Dr. Bernard Nathanson was baptized into the Catholic Church by New York’s John Cardinal O’Connor. One of the guests that day was Chuck Colson, of Watergate fame. He penned these eloquent thoughts which capture once again the spiritual forces at work in struggle for human life…and ultimately for human souls.

This week I saw fresh and powerful evidence that the Savior born 2000 years ago in a stable continues to transform the world. Last Monday I was invited to witness a baptism in a chapel of St. Patrick's cathedral in New York City. The candidate for baptism was none other than Bernard Nathanson, at one time one of the abortion industry's greatest leaders, a man who personally presided over some 75,000 abortions, including the abortion of his own child...I watched as Nathanson walked to the altar. What a moment. Just like the first century–a Jewish convert coming forward in the catacombs to meet Christ....I looked at the cross and realized again that what the gospel teaches is true: in Christ is the victory. He has overcome the world, and the gates of hell cannot prevail against His church...And this is the way the abortion war will be won, through Jesus Christ changing hearts, one by one. No amount of political force, no government, no laws, no army of Planned Parenthood workers can ever stop that. It is the one thing that is absolutely invincible...That simple baptism, held without fanfare in the basement of a great Cathedral, is a reminder that a holy Baby, born in a stable 20 centuries ago, defies the wisdom of man. He cannot be defeated.