A World Seeking the Path of Lenten Renewal 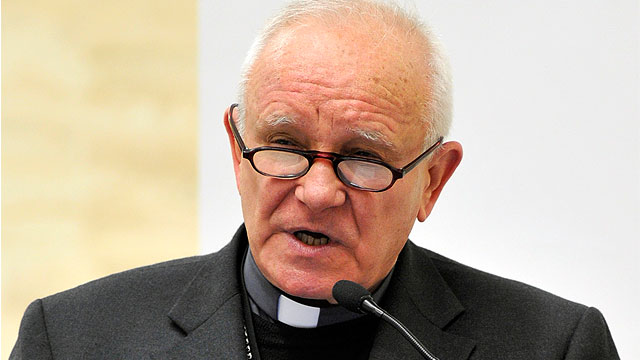 Perhaps now more than at any point in recent history, the world finds itself veering uncomfortably close to danger and uncertainty. We have a global financial system that is unsustainable and violence and military conflicts brewing in some of the world’s most volatile powder kegs. There are now new emerging problems like disease outbreaks and social unrest brewing, which leads one to a very troubling concerning conclusion: the world is a mess. This isn’t to say that we haven’t in recent years had our share of regional or global problems. However there’s a particular unease to the intensity of the current state of affairs. The West lining up against Russia, the Islamic State and al Shabaab committing atrocities in Africa and the Middle East, social unrest in Venezuela, Ebola in West Africa, the list goes on and on. It’s at times like these when Christians are called to bare witness to their faith, and what better time to bear witness during this particular time of year. It’s at this time that we begin the season of Lent, a time of renewal, for fasting, penance and alms giving. It is an opportunity to try to reframe oneself amidst all the chaos we find ourselves enveloped in, not just in the world, but also in our own lives. Finding the time to peacefully reflect, to pray, to develop good habits and to journey closer to God, are things we should all strive for. Were this the prevailing attitude worldwide at this time of year, is it unreasonable to think that we might not have quite the degree of conflict and uncertainty that we do today? Solving the world’s problems begins with each and every one of us, and our own conversion of heart. We cannot allow power, greed and pride to rule us. The Apostolic Vicar to Tripoli, Libya, Bishop Giovanni Martinelli illustrated this very plainly this week in an interview with Vatican Radio. He chastised powerful interests, specifically western countries for helping themselves to Libya’s resources following the military intervention, which led to the toppling of Muammar Gaddafi. He said that it was self-interests and economic interests that have created a terrible void in the country, which has led to much destruction and death. With Libya verging on being a failed state, Bishop Martinelli’s words bare ever-stronger meaning, as we can see the consequences of selfish individual choices gone awry. However the bishop has chosen not to abandon his post, and will no doubt give a heroing Lenten witness, as militants are already surrounding Tripoli. There will no doubt be suffering, little food, a need to serve the poor coupled with a desperate need for prayer. We are not all called to live a Lenten season so intense and full of daily life and death struggle. However there is much we can learn, much the world can learn from the bishop’s example. The world needs more Bishop Martinellis, those who are resolute in their faith and who prayerfully witness and serve in spite of what others might do or say. May this Lenten season be an opportunity for us all to be closer to Christ.