The Francis Impact: A People’s Architecture; Notes from El Salvador 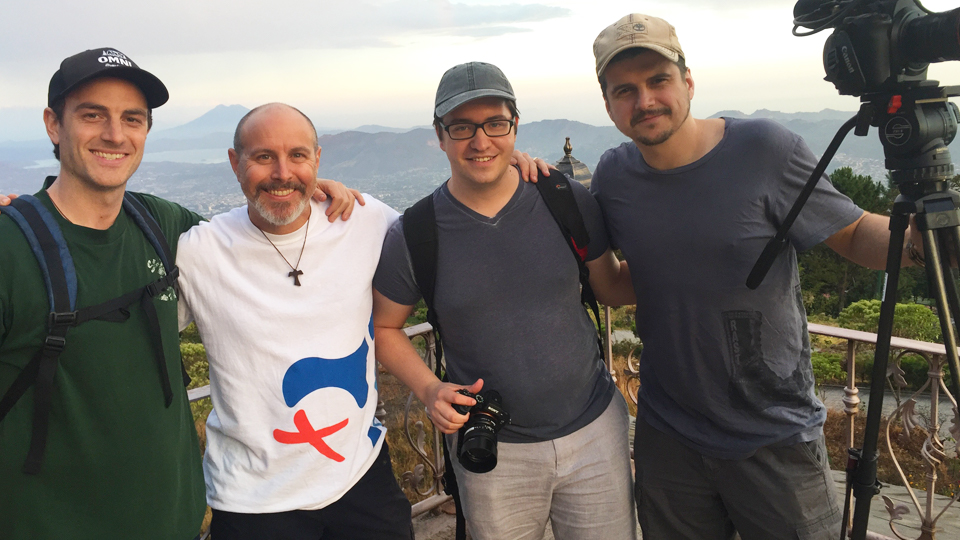 A People’s Architecture: Notes from El Salvador
The crew of "The Francis Impact" traveled to El Salvador from February 20 to March 2 to film a story about the country's 2017 metal mining ban. It was a major environmental victory which the Church participated in. For our crew, it was a profound experience that will never be forgotten...
The sun beat down on the Central American country of El Salvador. Every wipe of my brow soaked my hand, but it wasn’t enough to stop me from seeing some amazing sights. We passed through a barb-wired gate emerging at El Señor de las Misericordias church in the town of Aguilares. As I gazed upon the building, it used a common architectural theme among structures in El Salvador: open air. It hit me how well these layers of protection reflect the history of the people of this country. In Canada you’re subject to rain, snow, hail, gusts of wind, among other elements. Therefore our infrastructure includes doors and windows which can be open and shut not only to keep out the elements, but also possible intruders. The security and elemental mechanisms are intertwined and occur at the house itself. The Salvadorian people have been quite friendly to us despite their violent history. Being plagued by civil war and gang violence, one might imagine a protective, perhaps cold approach towards others who are different. This openness shows how open their dwellings are. Many open windows and entrances without doors allow for people within the premises to come in and out as they please. This does also help with cooling, as many buildings we went into had no air conditioning despite having a constant temperature in the high twenties and low thirties. But in order to protect the people and the buildings from outsiders, concrete walls with sharp wire surround many buildings, either with gates or with guards carrying shotguns. So rather than changing their structures to enhance security, they protect them and their existing architectural choices, just as how they don’t change how they perceive strangers, just the ones they know to look out for.