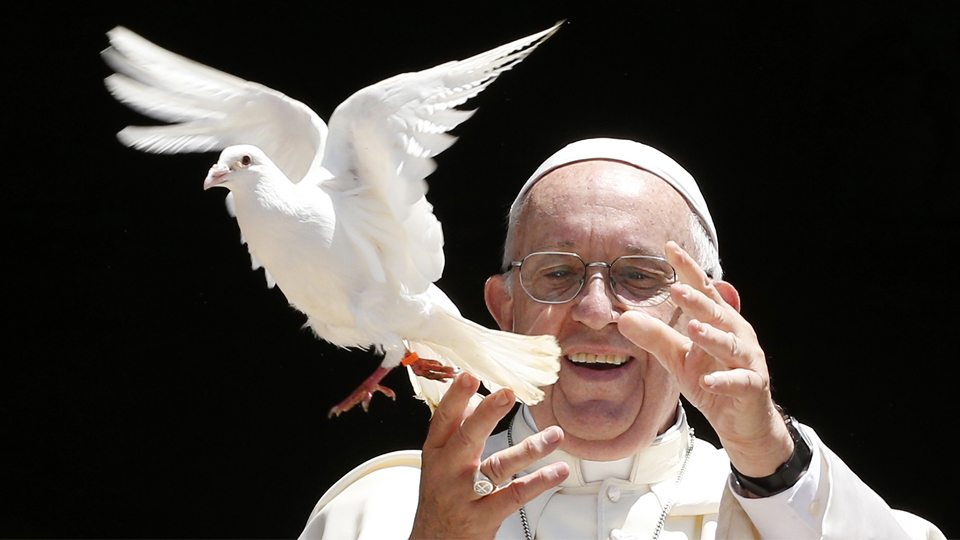 CNS Photo/Paul Haring
Message of His Holiness Pope Francis for the 52nd World Day of Peace Below is the full text of the Message of the Holy Father for the 52nd Day World Peace, which will be celebrated on January 1, 2019 on the theme: Good politics is at the service of Peace.

Good Politics at the Service of Peace

Follow the link to read the Original text of Pope Francis' Message for the Celebration of the 52nd World Day of Peace.