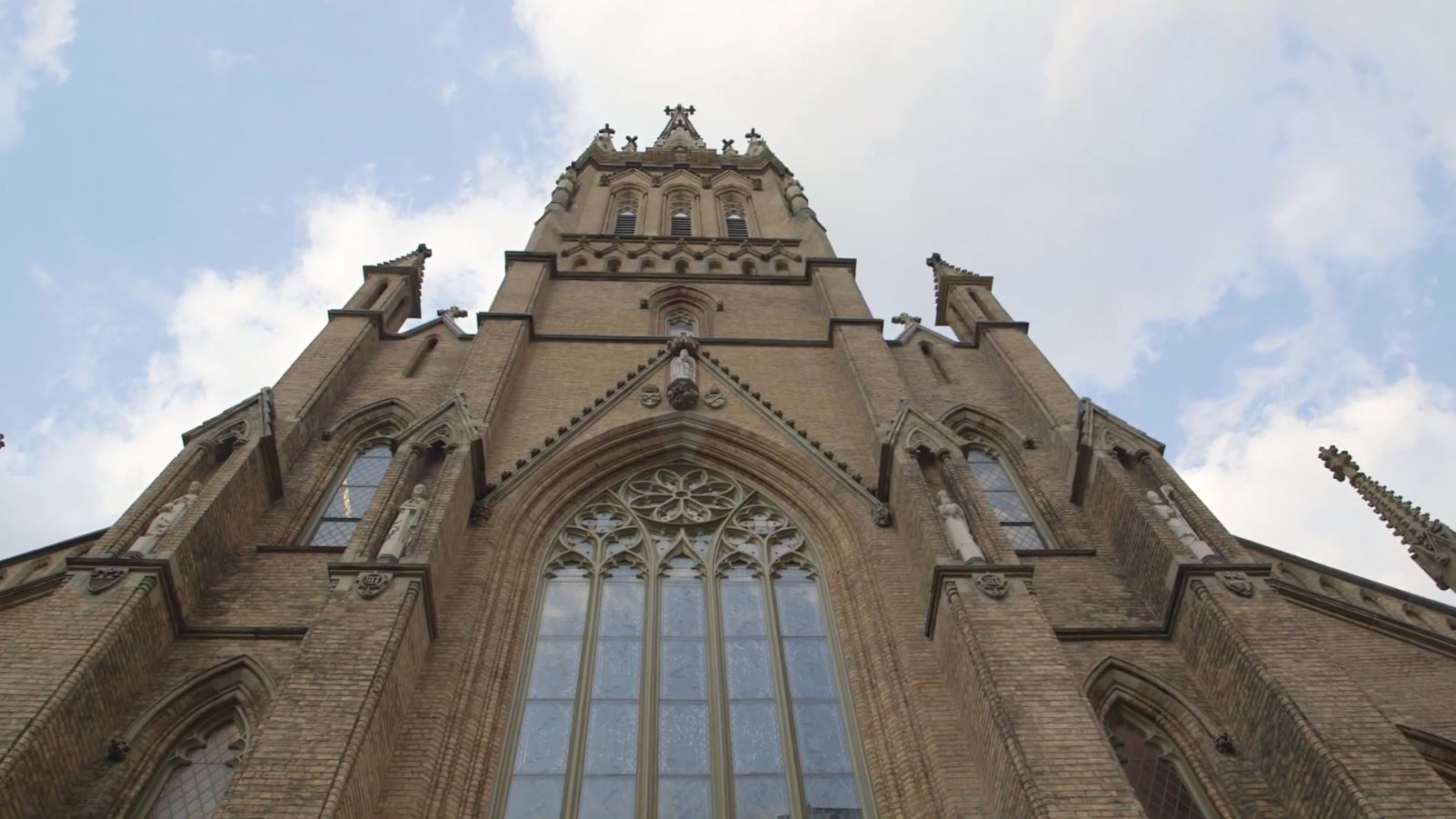 Credit: Salt + Light Media
Now that churches in the Archdiocese of Toronto have finally reopened, I jumped at the opportunity to visit Toronto's mother church, St. Michael's Cathedral Basilica, the other day, and I was pleased to see that, despite how much the world has changed since Quarantine 2020, the cathedral's awe-inspiring beauty has remained unaltered. The forced absence from St. Mike's over the past many months has made me re-appreciate the building's nuances, most of which I had taken for granted over the years. While doing some research for a new Salt + Light Media program, I came across a whole slew of interesting facts about the cathedral that even I (a parishioner for 23+ years) never knew. My recent visit to Toronto's mother church inspired me to share these five interesting facts about St. Michael's Cathedral Basilica which I bet you didn't know either – only five of the many things which make this unique building worth visiting.

1. Both King Edwin of Northumbria and Saint Paulinus, the first Bishop of York (England), greet you at the front door.

Not literally, of course. Their heads are carved into the pillars flanking the main doors, and their images are so discreet that unless you knew to look for them, you probably never noticed. But you can be certain they are watching you as you enter the church. Their presence is a tribute to Toronto's old name: York. The town was christened York in 1793 by Lieutenant Governor John Graves Simcoe but reverted back to its Iroquoian name in 1834 when it became the city of Toronto. 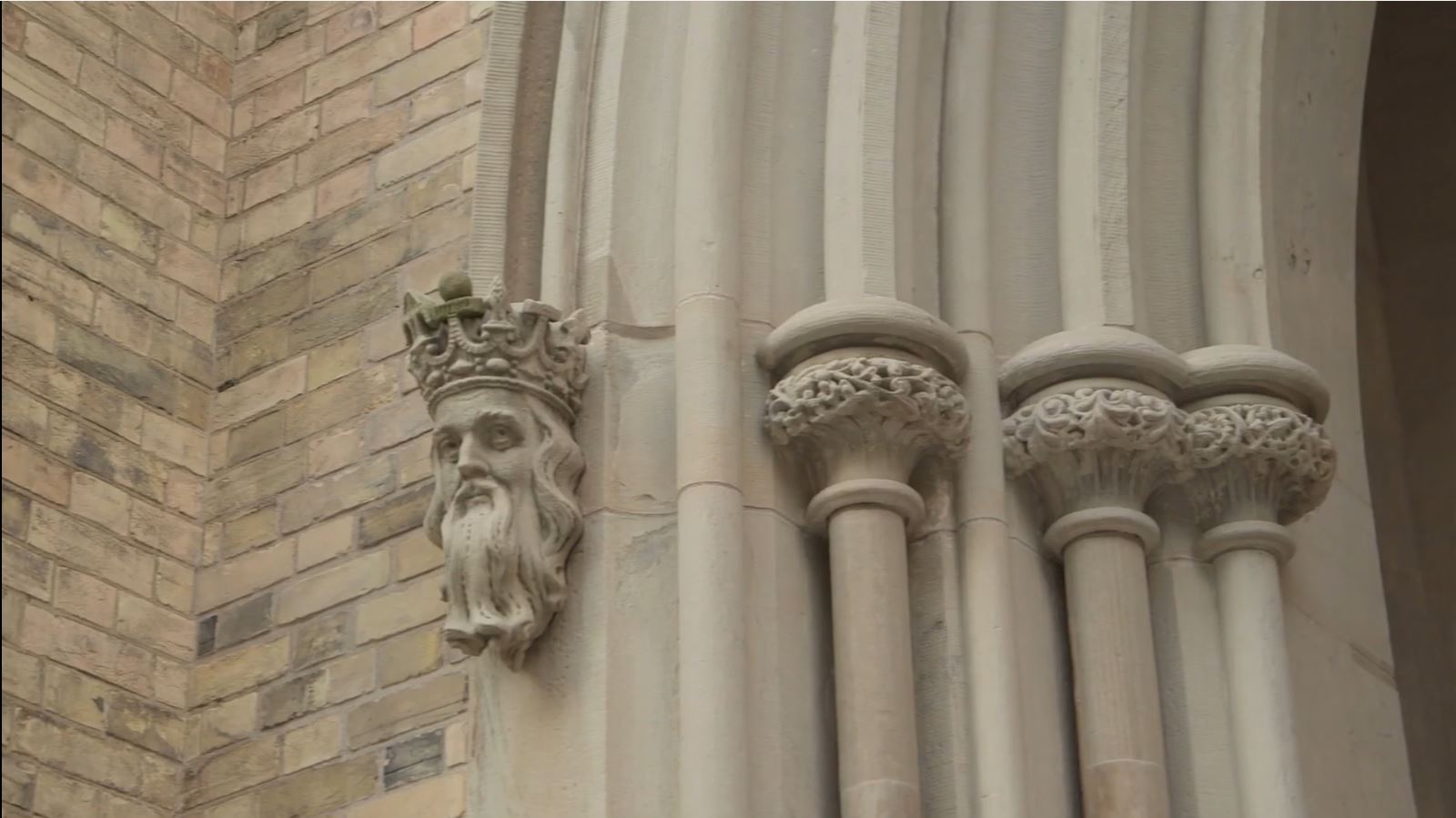 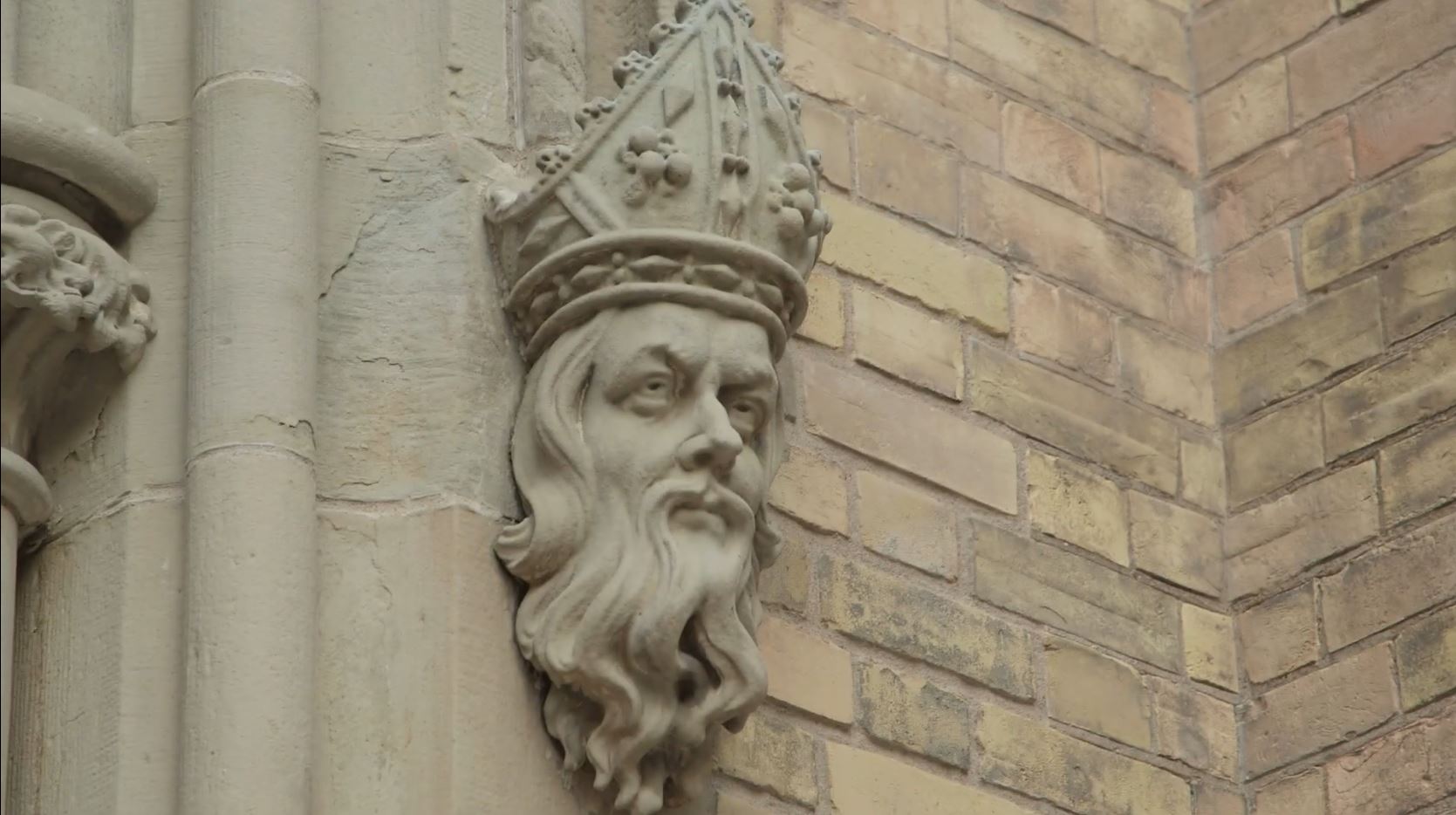 
2. The original corner stone is missing!

Yep, they can't find it! Believe it or not, the corner stone that was first laid during the ground breaking ceremony on May 8, 1845, has been lost with time, and no one knows where exactly it lies. "There are theories where it may be," former rector Msgr. Michael Busch told me during a past interview, "but it's never been found even after an extensive search for it during the cathedral's 2012 renovation." Why is this significant you wonder? Well, Msgr. Busch explained to me that, according to historical records, it's a time capsule containing fragments of a pillar and pieces of the oak roof from York Minster in England, donated by John Elmsley, an important figure in Toronto's Catholic history. 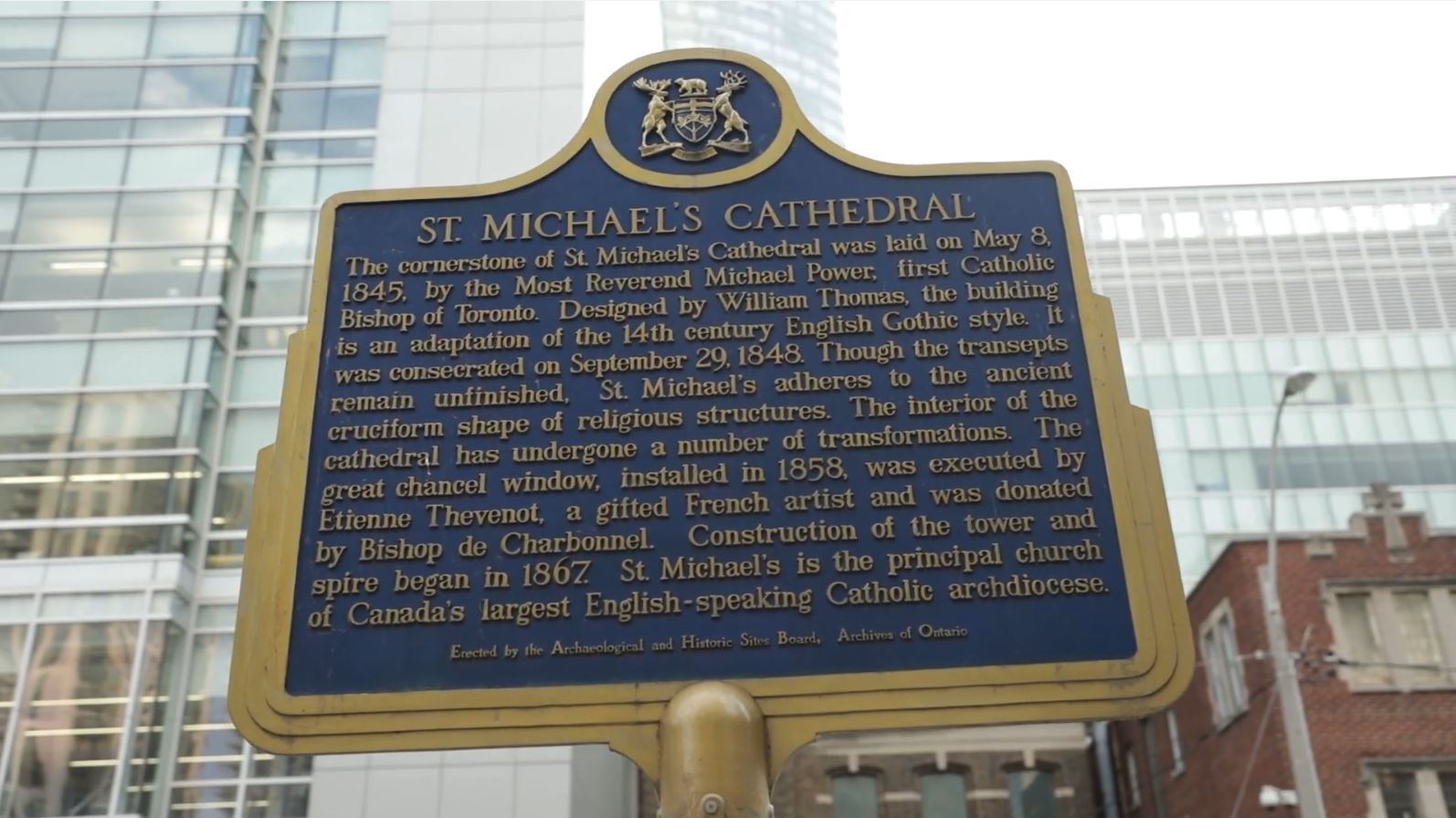 Situated as it is now in the heart of downtown Toronto, it's hard to believe that at one point in time, the land that the cathedral sits on was literally in the middle of a field far north of the city's main settlement. The property was purchased by the first bishop of Toronto, Bishop Michael Power, for a total sum of £1800, £500 of which came from his own personal savings. 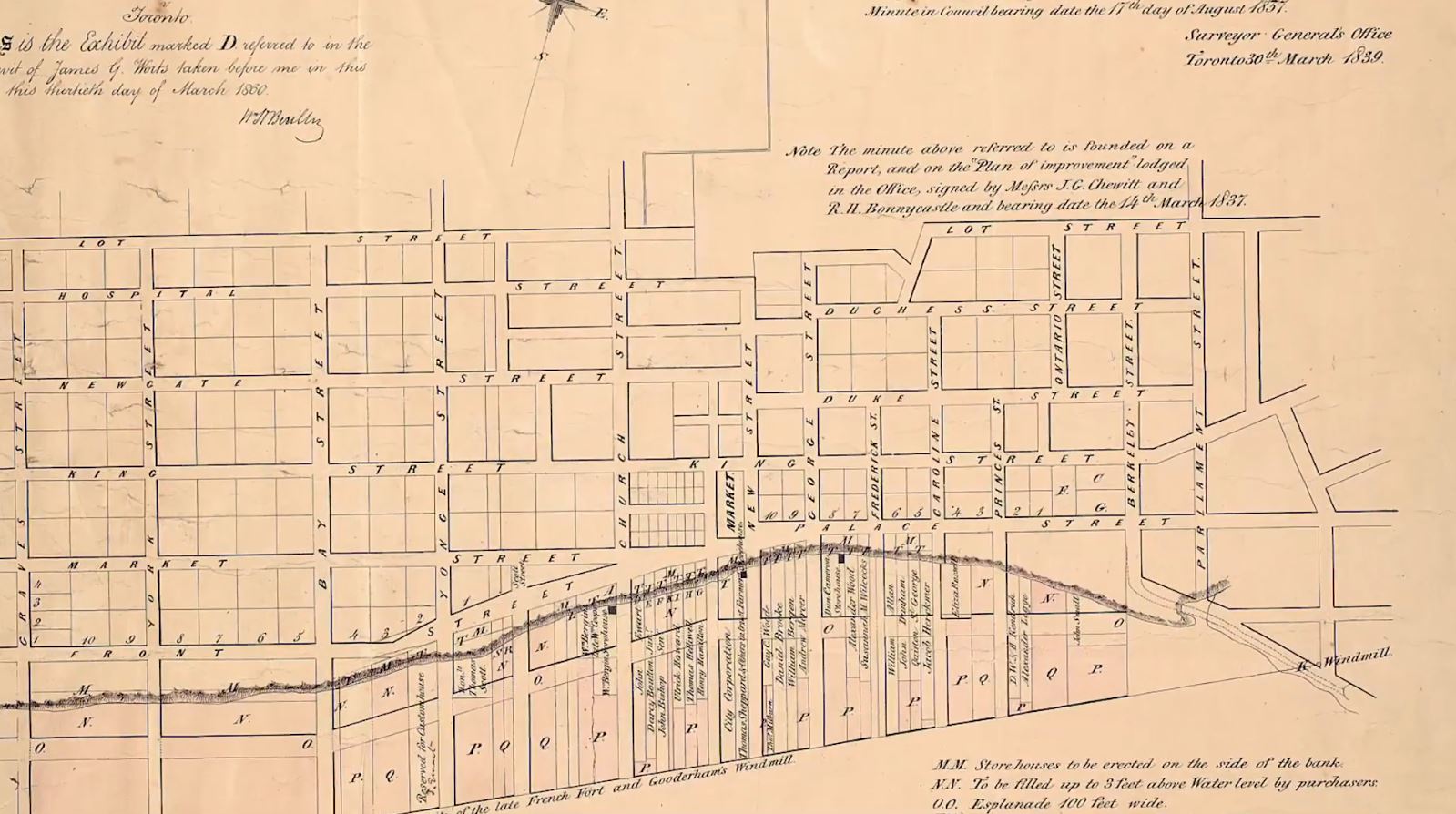 This map shows Toronto in 1837, just eight years before Bishop Power purchased the land for St. Michael's Cathedral. Lot Street, at the top of the map, was renamed Queen Street in 1844 in honour of Queen Victoria, and was the northern boundary of the city. The future Catholic cathedral would be situated on the west side of Church Street just north of Lot Street and so, just beyond the edge of this map. Public Domain image courtesy of Toronto Public Library.


4. The cathedral has a little known connection to Notre Dame Cathedral in Paris.

When you first enter the nave of the church, you are instantly struck by the beauty of, if not blinded by, the massive Gothic stained glass window on the eastern wall over the sanctuary. At certain times of the day, when the sun shines through the glass, the entire church becomes flooded with a brilliant array of colours.  What most people don't realize is that the stained glass was created by Étienne Thevenot, the same artist who created some of the windows in Notre Dame Cathedral in Paris during its restoration in the 19th century. 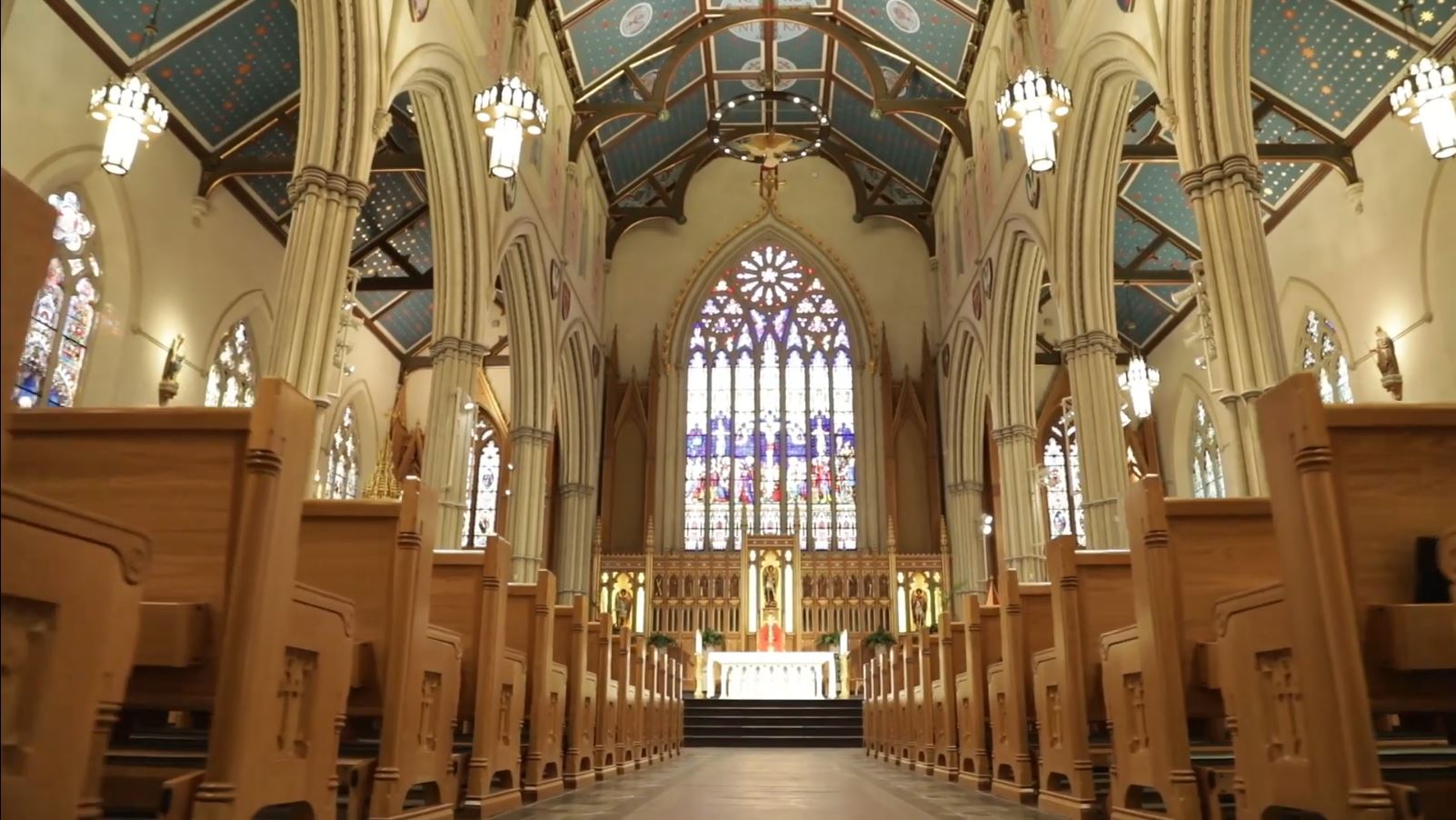 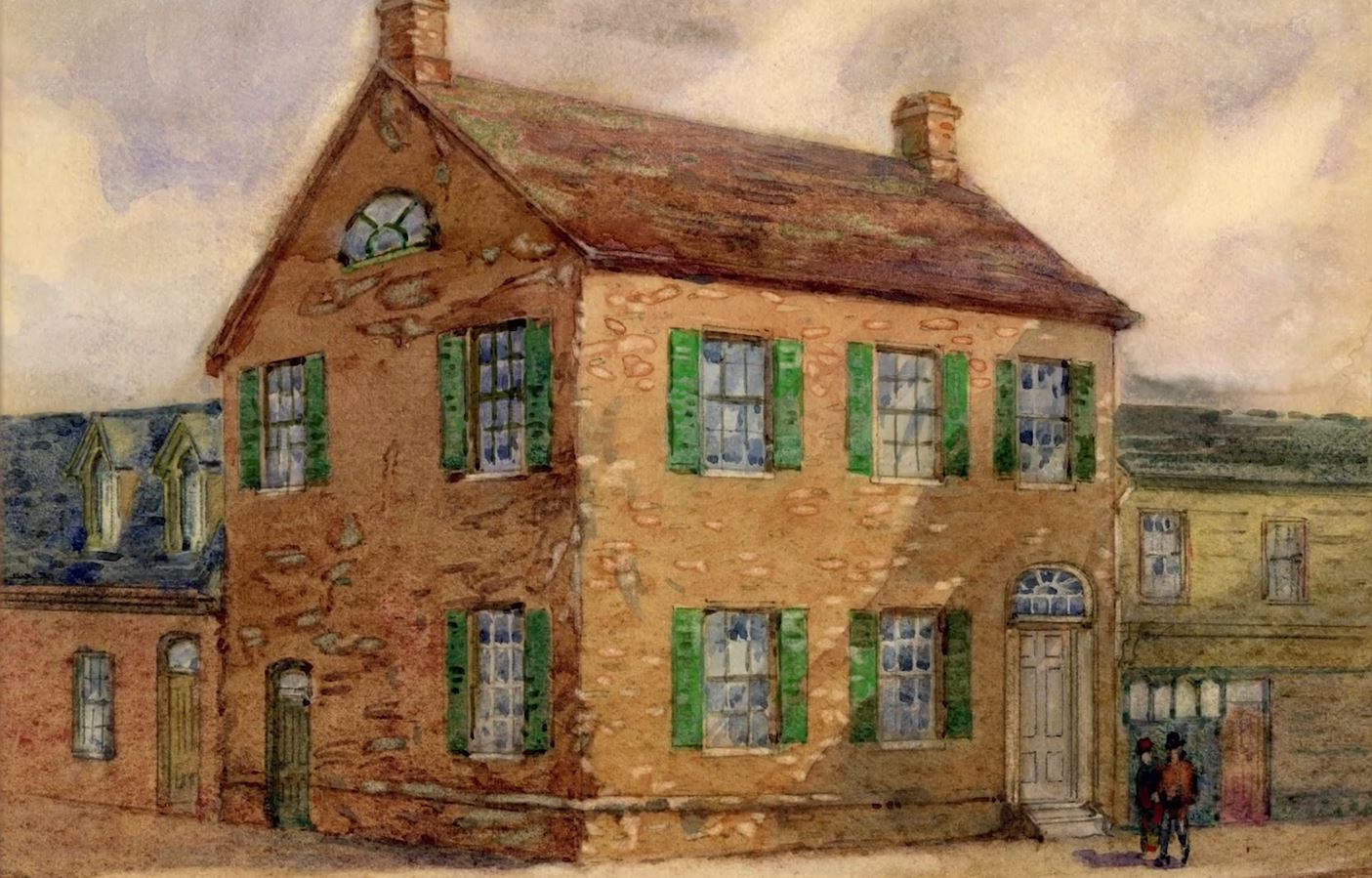 Ok, it's not about the cathedral itself, but it's related. Just around the corner from the cathedral is another interesting structure that is rooted in the Catholic history of Toronto. The building located at what is now 113 Jarvis St. was built in 1832, 13 years before construction on St. Michael’s Cathedral even began, and it was built for Bishop Alexander Macdonell, the first Catholic Bishop of Upper Canada. Today, the Bishop’s former residence houses the famous Mystic Muffin, the best place in the city to get homemade apple cake! 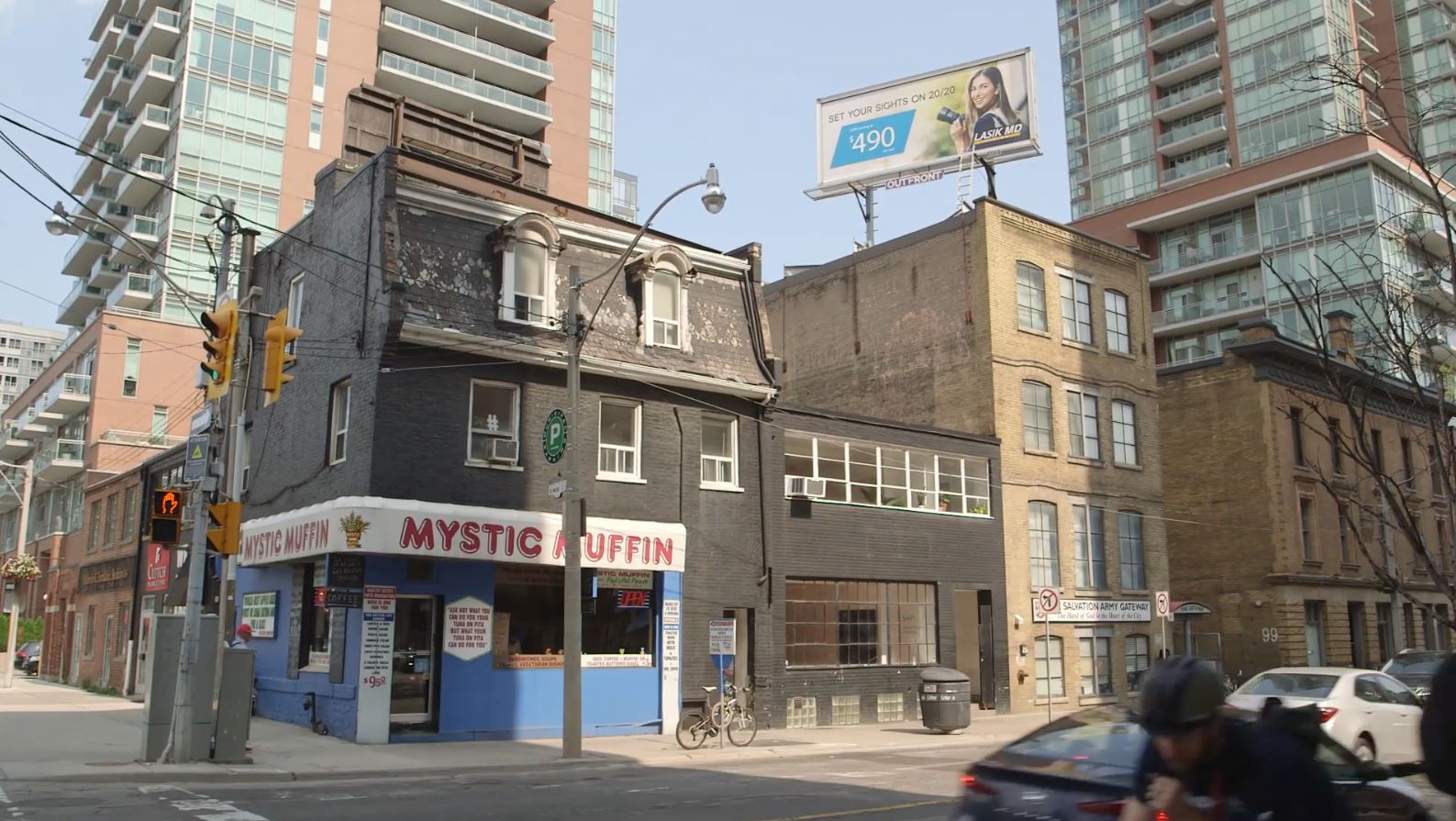