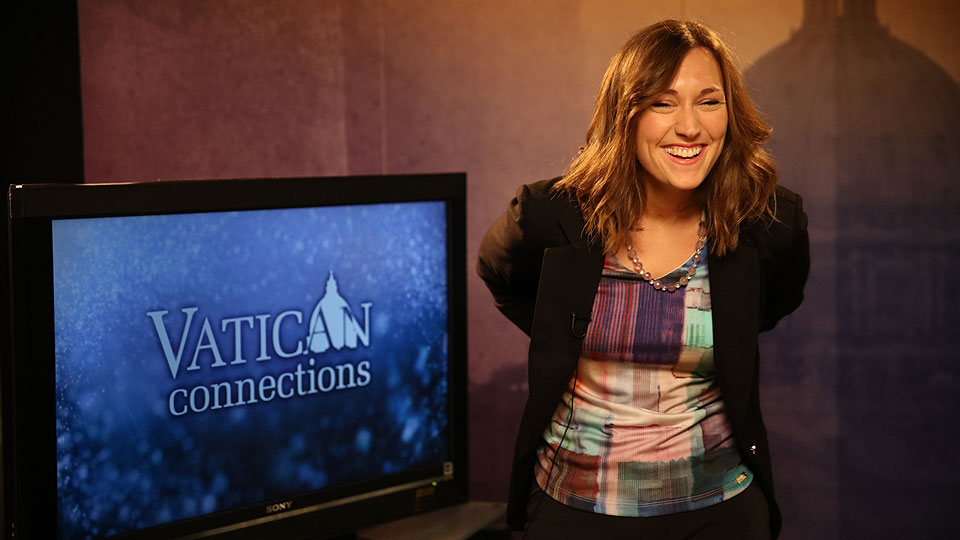 In case you missed it, our very own Emilie Callan is now the new host of Vatican Connections, our weekly show covering all things Vatican from around the world. I'm sure you've seen Emilie all around our network, most predominantly as a member of our French Department, but also making an appearance on some of our English programs. I sat down with Emilie and now bring you a five things we all should know about our new Vaticanista!

Vivian: To start off, what is your full name? Emilie Anne Irene Callan V: And where are you from? E:  Cornwall, Ontario V: Excellent. Now, to the good stuff. What is your favorite joke? E: I do remember the first joke I ever heard. It goes like this (warning: it’s in French): Une mère attendait ses enfants pour le souper. Ne les voyant pas revenir, elle sort de sa maison. Elle en appelle un, “Sam !”, puis l’autre, Pic !” Pause. Ils n’apparaissent pas. Elle les appelle à nouveau, “Sam ! Pic !” Rien. Elle s’essaye une dernière fois, plus fort, “SAM ! PIC !” Décourager elle s’apprête à retourner vers la maison, lorsqu’une petite dame, qui marchait devant la maison, lui dit, “Si ça vous pique madame, grattez-vous!”. V: I did not understand a single word but it sounded great! Moving on...who has had the biggest influence in your life? E: My mom. I know this seems like the most obvious answer but I always told myself I hoped to be half the mother she was to me. She’s patient, kind and forgiving, and always seeks to understand situations before judging. Her love taught me a great deal about God’s mercy and how personal and unique it is to each person. She also taught me how to trust myself, how to let go of things I can’t control and how to bake the best chocolate chip cookies (which took me nearly 5 years to master.) V: And master them you did! Now, here's a fun one. If you could interview ANYONE for a TV show, who would you interview? E: That’s easy. Céline Dion. She’s a good storyteller. She also has the best facial expressions. She’s a boss when it comes to imitating voices, she breaks into song in almost all her interviews, and although she’s a diva (in the good sense of the word) she hasn’t forgotten her French Canadian roots. The closest I’ve come to Céline was in 2013 when she gave a concert in Québec City on the Plaine d’Abraham. It was emotional. V: And if you had the chance to meet Pope Francis, what would  you say to him? E: “Shall we dance? I hear you like to tango.” He would probably shut me down but I bet I’d get a good laugh if I learned to say it en español. I would also thank him for calling a Year of Mercy. I believe it has changed things for people. We’re talking about mercy more and we’re more aware of how God infuses His mercy into relationships and everyday situations.   V: Nice! You never know how he'll respond. Ok, here's the last one. What do you enjoy most about your job? (Besides being interviewed by me..) E: I love how much it pushes me to give the best of myself. This job forces you to go out of yourself a lot, to make the first steps, when sometimes you’d rather not. But the best experiences I’ve had in this job have come from doing things I was most afraid of or found most difficult. I’ve often come back to a passage from Luke where Jesus tells Simon Peter “Put out into the deep and let down your nets.” (Luke 5:4). And although Simon replies “we toiled all night and took nothing” he lets down the nets and they catch so much fish, their boat begins to sink. It’s incredible what happens when you trust God not only with your personal life but also with your job and he makes that work for good too. V: Beautiful. Thanks Emilie! 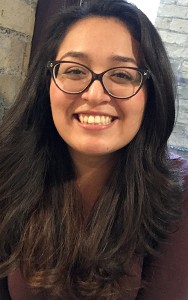