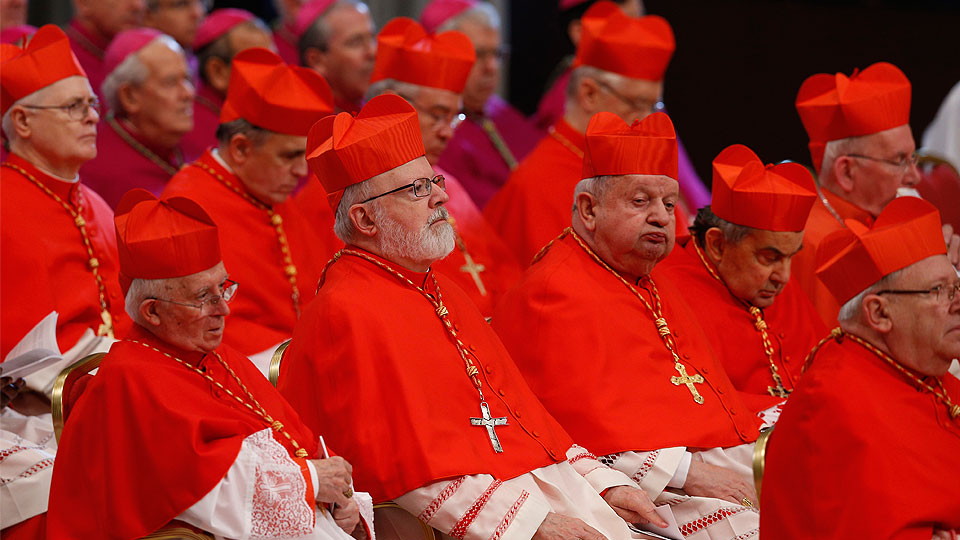 CNS photo/Paul Haring
Last Sunday during the Angelus, Pope Francis announced thirteen new cardinals from eleven different nations, plus four non-electors. The consistory, where they will be made cardinals, will be held on November 19th, the day before the end of the Jubilee Year of Mercy.

"I will choose the Cardinals a little everywhere, because the Church is in the world".

The Pope used these words to speak about the new Cardinals he would choose during his in-flight press conference coming back from Azerbaijan. Now scrolling through the list of new Cardinals, it is clear the Pope kept his intention, to choose cardinals from everywhere. A choice that shows his desire to have a more universal Church. Some nominations are surprising and noteworthy. First of all, the appointment of Patrick D'Rozario, Archbishop of Dhaka in Bangladesh. He will be the first archbishop in the history of the country to be named a cardinal. Bangladesh is one of the world's poorest nations, where coexistence with Muslims is not always peaceful. The nuncio to Syria, Archbishop Mario Zenari, will be elevated to the College of Cardinals, alongside 88 year-old Albanian priest Fr. Ernest Simoni. He spent 28 years in prison and labor camps. When the Holy Father visited Albania in 2014, he heard Fr. Simoni’s testimony. Both of these appointments showcase the Pope’s concern for those who are persecuted for their faith and paid for it with their blood. In his choice of three American cardinals: Blase Cupich, Archbishop of Chicago, Kevin Farrell, Prefect of the Dicastery for the Laity, Family and Life, and Joseph William Tobin, Archbishop of Indianapolis, we see the will of the Pope to distinguish people in the Church who accompany men and women as they journey towards God. After visiting Central Africa at the end of November last year, the Pope has now decided to elevate the Archbishop of Bangui, Dieudonné Nzapalainga. During his trip, the Holy Father opened the first Holy Door in the capital’s cathedral before the official opening of the Jubilee Year. The other cardinal electors worth mentioning are: Carlos Osoro Sierra, Archbishop of Madrid; Sérgio da Rocha, Archbishop of Brasilia (Brazil); Baltazar Enrique Porras Cardozo, Archbishop of Mérida (Venezuela); Jozef De Kesel, Archbishop of Mechelen-Brussels (Belgium); Maurice Piat, Archbishop of Port-Louis (Mauritius); Carlos Aguiar Retes, Archbishop of Tlalnepantla (Mexico); and John Ribat Archbishop of Port Moresby (Papua New Guinea). And finally, the four non-electors are: Anthony Soter Fernandez, Archbishop Emeritus of Kuala Lumpur (Malaysia); Renato Corti, Archbishop Emeritus of Novara (Italy) and Sebastian Koto Khoarai, Bishop Emeritus of Mohale's Hoek (Lesotho).