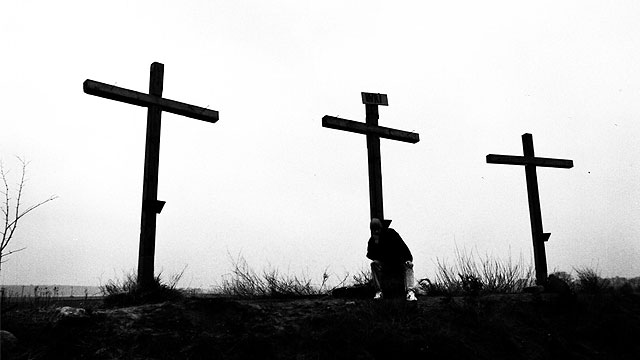 Welcome to S+L’s Weekly News Round-Up. As the Director of Marketing and Communications here at S+L, many interesting Catholic news stories and articles come across my desk on a daily basis. Some of them we’ll cover on our different television programs and others I’d like to share with you on this blog.
This blog column is where I’ll point out some of the more interesting news pieces that I’ve come across over the past week! Enjoy!

OK... remember a little film called "The Passion of The Christ"? The film that Mel Gibson sunk $45 million of his own money into, turned around and grossed $612 million world wide? It was only the largest ever grossing independent film in history.
Well, it seems that Mel is at it again and producing a sequel called "The Resurrection"
Have a look...
Here's another interesting story that keeps popping up on social media. Although originally posted on Youtube back in May, this story ignited social media since September 11 of this  year. It's the story of the bible that was found in the rubble of the World Trade Center, fused into steel. Is it a miracle? A message? A clever fake? You decide...

Ok so whats a Friday afternoon with out a Pop-Quiz from our friends at Church Pop? Can you identify these Saints in their childhood photos? I got 100%, (not to brag or anything...) http://bit.ly/2cMqvpM   One more interesting story, this time from EpicPew, about the Power of the Rosary. Its headline:

Did The Rosary Save a Priest from the Atomic Bomb in Hiroshima?

Read the entire story here. Check out the video: Shameless plug: As usual, I hosted our short tv current affairs show Perspectives Daily yesterday, Thursday. It airs on TV at 7 pm Eastern on our network. Be sure to catch our television coverage next week of CCCB Plenary in Cornwall! Have a great weekend!