Is Pope Francis a modern-day Jonah returning to Nineveh? 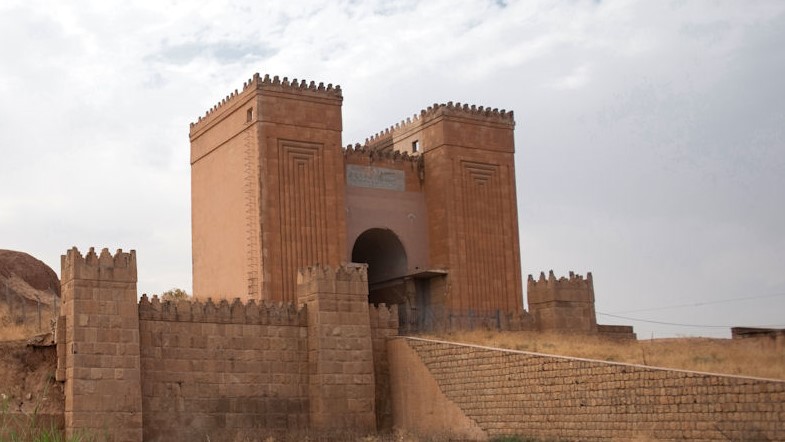 The Mashqi Gate of Nineveh prior to its destruction by ISIS. Photo credit: lachicaphoto on Flickr, cropped and used under the terms of license CC BY-NC-ND 2.0
Last Friday, February 26, Salt + Light Media aired the first of a series of broadcasts related to Pope Francis' imminent apostolic visit to Iraq. In this first episode, "Pope Francis' Apostolic Visit to Iraq: The Cradle of Civilization", Deacon Pedro Guevara-Mann interviewed Bishop Bawai Soro, Chaldean Bishop of Canada, and Msgr. Peter Vaccari, President of Catholic Near East Welfare Association: two people with unique perspectives to share on the situation of Christians in Iraq and what Pope Francis' visit means to them. If you missed the broadcast, you can watch the show again by going to our special webpage covering Pope Francis' visit to Iraq, where you will also find our broadcast schedule and other resources. Here are two highlights from the interviews with Bishop Soro and Msgr. Vaccari. (Answers have been edited for length and readability.)   Deacon Pedro: You mentioned that you have great hopes for this visit. And I'm sure that that's shared by a lot of people, a lot of the Christians in Iraq. Would you say then that maybe Pope Francis is the modern-day Jonah going back to Nineveh? Bishop Soro: Oh wow! This is an amazing terminology! Thank you so much, deacon. Honestly, I love what you say, because it fits squarely into our hearts, because it's a matter of hope. You cannot see your parents fighting forever, and your family. And the extension of all those is the country. We love our countries. Although we are Canadians and Americans, but still, the Iraqis are our people. And we hope to God, we pray just like Jonah corrected everything and saved, maybe the pope's visit, despite coronavirus, despite the threat of the political situation, but for sure the pope has a prophetic courage to go there despite all the elements. And the local church, the cardinal, and the bishops from all churches, despite all the difficulties, they want to host him because they know it is the successor of Peter. They know the hand of God comes with the pope. And we pray for for something good. And by the way, Iraqi Muslims and all their groups are as excited, as honoured, as happy to see the pope as the Christians.   Deacon Pedro: What would be your hope for the pope's visit? Msgr. Vaccari: My hope for the pope's visit, basically, I think is twofold, deacon. And it's really coming from what I understand is the intention of the Holy Father. Number one: as he said, he is the father of suffering people, and he wants to be with his suffering family in Iraq. And I think that the papal itinerary in all of the locations clearly reflects his desire to do that. That's one. Second is the solidarity that he has, not only with Christians, but Pope Francis has really committed much of his papacy from March of 2013 to the present to the development of a culture of encounter. When even in his most recent encyclical, Fratelli Tutti, October 2020, he speaks in terms of the importance of this culture of encounter, he speaks of it as the need to cultivate, to being passionate, to meeting others. Pope Francis says that. He talks in terms of the way in which we must cultivate points of contact, the way in which we must build bridges. As you know, for Pope Francis, it's also a very biblical visit. He is going to Ur. And there he will know and be at the birthplace of Abraham and be able to join with Jews and Muslims and Christians in the way in which they will be able to work together on common projects and be able to cultivate that possibility. He'll also be able to visit the great representative of the Shia of the Muslims, in al-Sistani. There he is going to travel in particular to Najaf. Najaf is the third holiest place for the Shiites after Mecca and Medina. And so again, for him, it's going to be an opportunity for trying to advance a real collaboration, real dialogue, this art of the culture of encounter that Pope Francis really wants to advance.

Pope Francis' Apostolic Visit to Iraq: You Are All Brothers and Sisters

Deacon Pedro Guevara-Mann explores the details of the pope's visit to Iraq with Archbishop Bashar Warda of Erbil and Stephen Rasche of the Catholic University of Erbil.