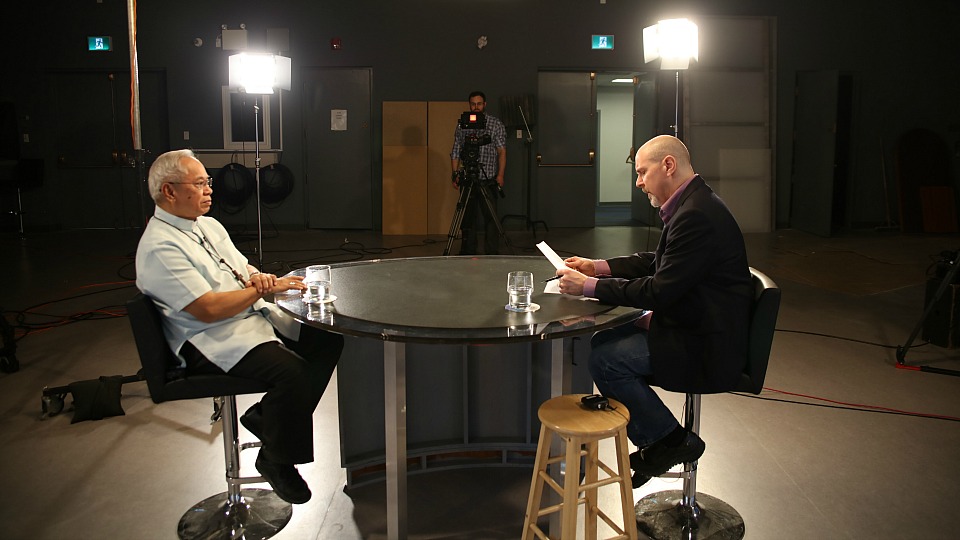 We had the great honor and privilege of hosting Cardinal Orlando Quevedo, OMI, Metropolitan Archbishop of Cotabato in the Philippines in our new studios today. Cardinal Quevedo was in town to celebrate the 200th anniversary of the foundation of the Missionary Oblates of Mary Immaculate (how cool is that?!) 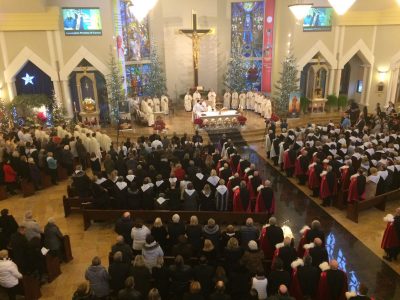 Cardinal Quevedo was born in Laoag, Philippines, on 11 March 1939. He entered the novitiate of the Oblates of Mary Immaculate in the United States and was ordained a priest on 5 June 1964 in Washington, D.C. He holds a MA in religious education and a BA in sacred theology. On 30 May 1998 St. John Paul II appointed him archbishop of Cotabato, becoming the first Filipino archbishop of that archdiocese. He served as President of the Catholic Bishops’ Conference of the Philippines from 1999 to 2003, and President of the Federation of Asian Bishops’ Conferences (FABC) from 2005 to 2011. Created and proclaimed Cardinal by Pope Francis in the consistory of 22 February 2014, of the Title of Santa Maria «Regina Mundi» a Torre Spaccata (St. Mary Queen of the World at Torre Spaccata). 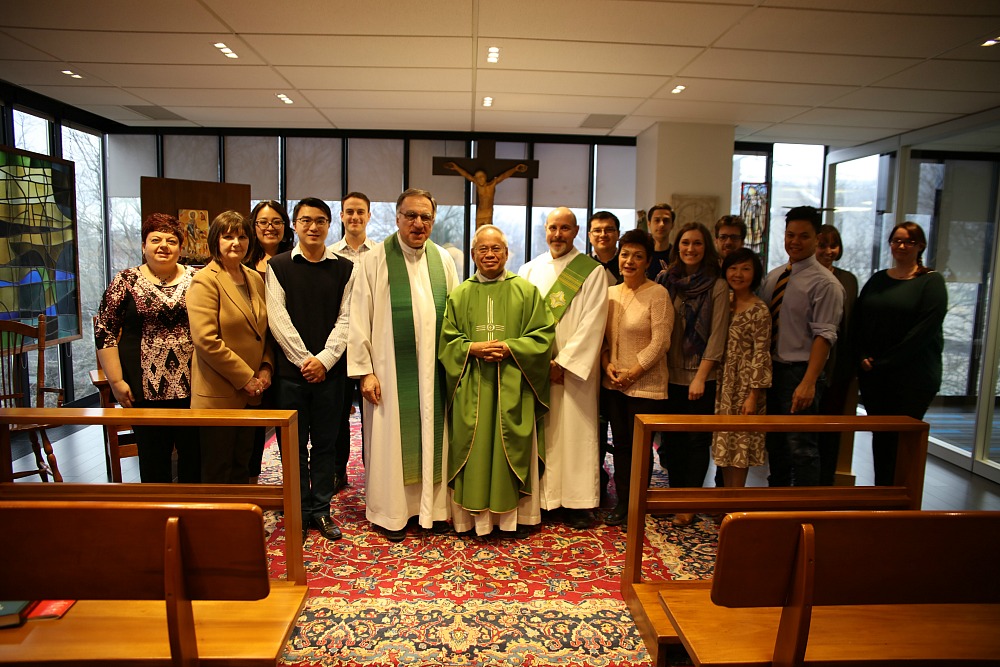 During his time at Salt + Light, Cardinal Quevedo celebrated Mass with the staff and was featured in a variety of programs to speak on the topic of Islam and Interreligious Dialogue.   Be sure to catch him on Witness, Connect5 and Perspectives Daily, coming soon!