A Lesson in Humility - #SLPilgrimage 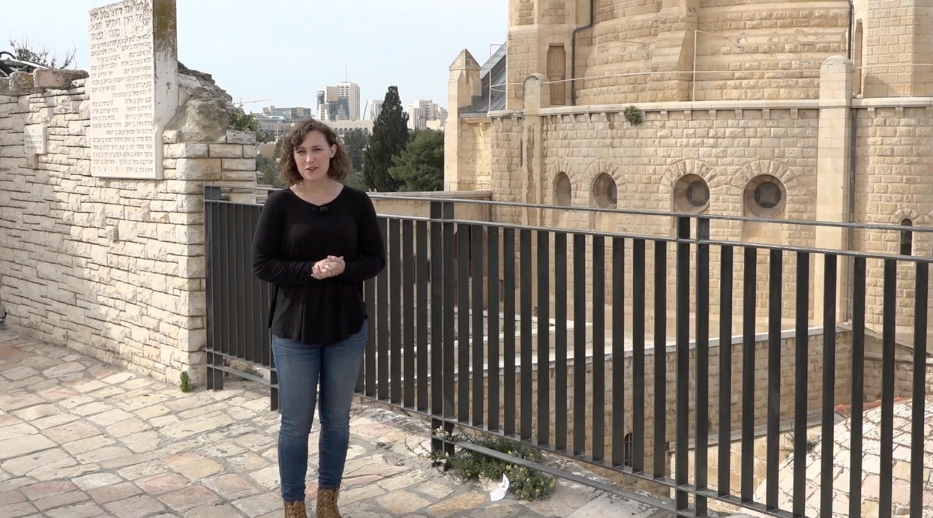 During our pilgrimage in the Holy Land, Salt and Light went to the place which commemorates the Last Supper, where the disciples shared their last meal together before Christ’s Passion. This place is also called Coenaculum or “Cenacle”.
The disciples probably had the habit of sharing a meal together and gather for special Jewish feasts. And so, they found themselves together again for the Passover. Passover, which means “passage”; in the Judaic tradition, it commemorates the passing of the Jewish people through Egypt into the Promised Land, on a road that would lead them to freedom and safety. The Last Supper pre-empts, in this case, a kind of passage. That of Jesus. By his sacrifice on the Cross, Jesus assures us safe passage between life and death. Like a bridge between us, humanity, and God.
This last meal was therefore different than any other. In just a few hours Jesus would be handed over, judged and killed. Marked by his coming Passion, Jesus performed gestures, typical of a Paschal meal, that his disciples would be able to imitate again and again: washing of the feet, breaking of bread, reading psalms and singing hymns. Each sign took on a new meaning. This memorial was completely fulfilled in Jesus. He gives them their definitive form, not for himself or for an exclusive group of friends, but for the sake of all humanity, for the salvation of sinners. This was to happen only by becoming the servant of servants.
He begins with the washing of the feet, a well-known ritual in Jewish tradition. This task is usually given to the servant of the household and not to the guest of honour, which would have been Jesus. He therefore identifies himself to the servant. Washing feet was one of the greatest humiliations. Feet were submitted to harsh conditions, dust, rocks and dirt… However Jesus, the Son of God, washes the feet of each of his disciples. They were scandalized by such humility and lowering in their friend. Peter tells him: “You shall never wash my feet”. Jesus replies: “If I do not wash you, you can have no share with me”. To refuse Jesus is to refuse his friendship, just as refusing his forgiveness is an obstacle to his grace. Then he tells them that he who wishes to become his disciple must imitate him.
When they finally sit down for the meal, Jesus tells them: “I ardently desired to eat this Passover with you”. He has desired to eat this meal with his friends for a long time, to express his profound love. In sharing the bread and the wine he says: “This is my body given for you”, “This is my blood poured out for you”. He thus expresses his desire to give them himself as food, as nourishment, to give himself totally to those he loves. The gift of his body would allow every man and woman to enter into communion with him for centuries to come. For he told them “Do this in memory of me” and imparts them with his priesthood.
Eucharist means thanksgiving. And thanksgiving implies participation, a commitment towards the gift received. That is why when we participate in the Eucharist we accept at once to make of our own life a gift for others, translated into concrete signs of humility and service as Jesus did. In this way we imitate him perfectly. How is our life Eucharistic? How is it a gift for others? How far would we be willing to go for those we love? Or for those we love less?