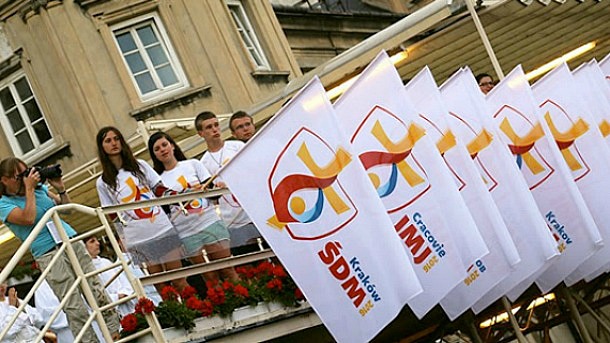 Kraków, Poland – July 21, 2016 –  The Youth Festival for World Youth Day Krakow 2016 aims to unite youth from around the world through entertainment, cultural development and spiritual formation. It will last four days, from July 26 to 29, consisting of various events spread throughout the city. The Youth Festival is a program of 250 varying events, including art expositions, concerts, sporting events, competitions of different types, and more. Copa Catolica, the Youth Festival’s largest event, is a soccer tournament in which teams from all over Europe, North America, Central America, South America and Africa will be playing against each other in friendly matches. It will be held from July 26 to 27 at the Com-Com Zone Development Center. On the second day of the Youth Festival, there will be street ball and breakdancing competitions, finishing the day off with the Copa Catolica finals at 20:00 (CEST). In order to help the youth discover their calling, and with spiritual formation in general, a Vocational Center, “Quo Vadis?”, will be located at Kraków Stadium during the entirety of the Youth Festival. There will be a series of presentations hosted there, such as, “How to live life fully even after a rough beginning,” “Daring to spiritually explore and freely choose,” and “Youth taking action to build a just and peaceful world,” featuring living testimonials in various languages. The Youth Festival has also prepared a series of lectures, an initiative called Café FM, which will be held at the universities throughout Kraków from July 26 to 27. Lectures will address a range of topics, such as, meditation, social issues, testing one’s faith, etc. There will also be smaller events – concerts, art expositions featuring local artists and artists from around the globe, etc.  – held in various locations. For example, artist Eugeniusz Mucha, will exhibit his post-war artwork portraying strong religious values; French artist Julian Faux’s heart-shaped mosaic will be on display, a compilation of pilgrim handprints he collected. Last, the Global Catholic Movement will host a Night of Ecology in Krowoderski Park. The Youth Festival events will be held all throughout the city, but its primary locations are: B?onie Park, Kraków Stadium, the Com Com Zone Development Center and Kraków’s main Universities - AGH, Jagiellonian University and Academia Ignatianum. Photo credit: World Youth Day