What happened? Thoughts on the 2016 US Presidential Election 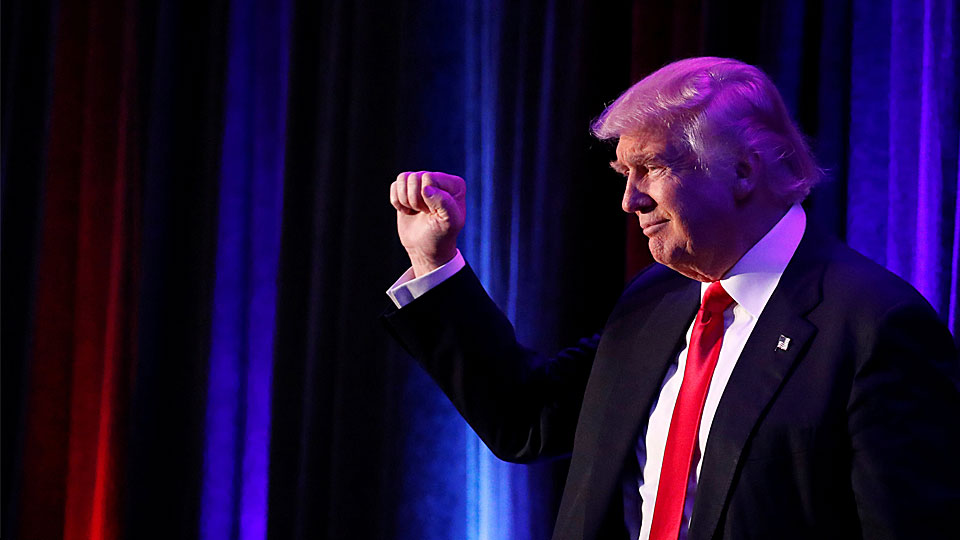 “Today everything comes under the laws of competition and the survival of the fittest, where the powerful feed upon the powerless. As a consequence, masses of people find themselves excluded and marginalized: without work, without possibilities, without any means of escape.” “In this context, some people continue to defend trickle-down theories which assume that economic growth, encouraged by a free market, will inevitably succeed in bringing about greater justice and inclusiveness in the world. This opinion, which has never been confirmed by the facts, expresses a crude and naïve trust in the goodness of those wielding economic power and in the sacralized workings of the prevailing economic system. Meanwhile, the excluded are still waiting.” “To sustain a lifestyle which excludes others, or to sustain enthusiasm for that selfish ideal, a globalization of indifference has developed. Almost without being aware of it, we end up being incapable of feeling compassion at the outcry of the poor, weeping for other people’s pain, and feeling a need to help them, as though all this were someone else’s responsibility and not our own.” “We have created new idols. The worship of the ancient golden calf (cf. Ex 32:1-35) has returned in a new and ruthless guise in the idolatry of money and the dictatorship of an impersonal economy lacking a truly human purpose.” “While the earnings of a minority are growing exponentially, so too is the gap separating the majority from the prosperity enjoyed by those happy few. This imbalance is the result of ideologies which defend the absolute autonomy of the marketplace and financial speculation. Consequently, they reject the right of states, charged with vigilance for the common good, to exercise any form of control. A new tyranny is thus born, invisible and often virtual, which unilaterally and relentlessly imposes its own laws and rules.” “To all this we can add widespread corruption and self-serving tax evasion, which have taken on worldwide dimensions. The thirst for power and possessions knows no limits. In this system, which tends to devour everything which stands in the way of increased profits, whatever is fragile, like the environment, is defenseless before the interests of a deified market, which become the only rule.” “With this in mind, I encourage financial experts and political leaders to ponder the words of one of the sages of antiquity: “Not to share one’s wealth with the poor is to steal from them and to take away their livelihood. It is not our own goods which we hold, but theirs”.” “A financial reform open to such ethical considerations would require a vigorous change of approach on the part of political leaders. I urge them to face this challenge with determination and an eye to the future, while not ignoring, of course, the specifics of each case. Money must serve, not rule! The Pope loves everyone, rich and poor alike, but he is obliged in the name of Christ to remind all that the rich must help, respect and promote the poor. I exhort you to generous solidarity and to the return of economics and finance to an ethical approach which favours human beings.”

It seems to me that many (not all!) Americans who voted for Donald Trump would agree with Pope Francis’s economic assessment. It’s not because the Pope is a Catholic or a Christian, per se.  It’s because he is able to look at reality and speak the truth about it. Perhaps it’s a bit strange to think of Trump voters agreeing with Pope Francis. In February of this year, the Pope was asked about Trump’s campaign promises to deport undocumented immigrants and build a wall along the southern US border. Francis said that, “A person who thinks only about building walls, wherever they may be, and not building bridges, is not Christian. This is not the gospel.” There’s a great irony at the centre of all of this, and it might help to explain this unlikely convergence. Mr. Trump the businessman has benefited greatly from the trickle-down economic system that Francis rails against. One would think this would decrease his support from working class Americans. These folks—including the Rust Belt folks—have experienced the opposite effect of the same economic system. Nothing has gone their way. Just like Trump’s amassing wealth, their financial shortfalls are a product of an unjust economic system. Therefore, Mr. Trump the businessman is not guilty of anything other than taking advantage of a system that happens to be designed to work in his favor. If Mr. Trump is a product of the system, Mrs. Clinton is a builder and promoter of it.  She’s been in politics for long time—a trait her campaign falsely believed to be an asset. She, and other members of the Democratic Party have thrived in Washington for decades, perpetuating a system that they could work to change if they wanted to, but didn’t. The people have spoken. The election of Donald Trump was a complex event. There are no singular explanations for it. But certainly one of the contributing factors was the prevailing trickle-down economic system, “a new tyranny” as Francis calls it; a faceless, unaccountable and unjust reality which “imposes its own laws and rules,” as “masses of people find themselves excluded and marginalized: without work, without possibilities, without any means of escape.” The November 8th election can be seen, in part, as a rejection of this economic system of exclusion. How President-elect Trump—a man who has never experienced real poverty or economic exclusion in his life—responds to the dissatisfaction and anguish of his compatriots remains to be seen. For their part, the Democratic Party should pay close attention. One of their own, one-time Democratic nominee Senator Bernie Sanders was deeply inspired by Pope Francis’s bold and prophetic assessment of the economy. His popularity soared, but the Party turned their back on him, believing they could keep power by maintaining the status quo. Some have accused the Democratic Party, along with the media, of not paying attention to the reality on the ground and living in their own world of ideas. That’s a dangerous game to play, as Francis reminds us, “reality is greater than ideas.” 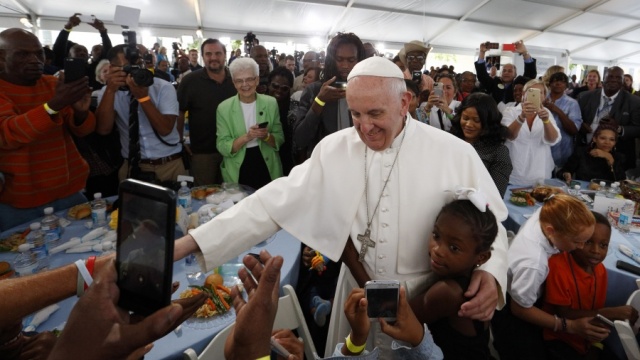