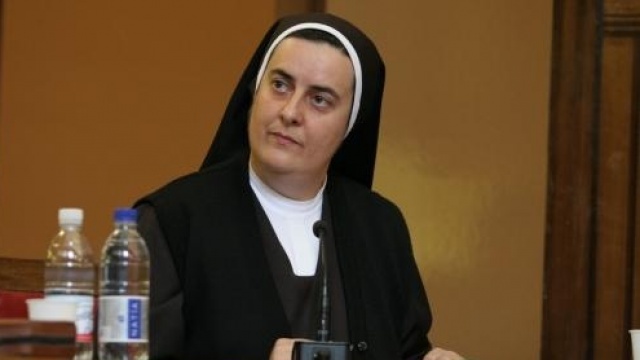 When Pope Francis said he wanted to see space for women to have a more incisive and capillary role in the church, not many people understood what he meant. Reaction was split between the usual groups calling for the ordination of women on one side and the usual groups on the other side organizing all manner of symposiums and congresses about the theology of women. This week, the Fransiscan Pontifical Antonianum University took action and named the first ever female Rector Major of a pontifical university. Sister Mary Melone is a member of the Fransiscan Sisters of Blessed Angelina. She holds several degrees in Theology, has been published in numerous theological journals, and has been the dean of the Antonianum’s Faculty of Theology since 2011. Despite popular belief that the church actively keeps women out of key decision leadership positions, the Antonianum is not far behind its North American counterparts when it comes to naming women as university presidents. When it comes to Catholic universities, the Antonianum is ahead of the game. Pontifical Universitites and non-Pontifical, Catholic Universities tend to have a specific religious order in their history. University presidents end up being members of that religious order. There are some exceptions: the University of St. Thomas, Houston has a lay president, despite its ties to the Basilian Fathers, and the Dominican - founded Albertus Magnus College in New Haven, Conneticut is led by a lay woman. Certainly things must be different for women in the secular academic world? Yale was the first of the Ivy League universities to appoint a woman president, back in 1977. Since then, however, all her successors have been men. What’s more, it took the other Ivy League schools decades to follow the example. Canadian Universities do not fare much better. While it is easier to find women in the president’s office at Canadian universities, the door to the presidential office did not open to Canadian women until the mid to late 1990s. If the secular academic world is any indication, it may be decades before other Pontifical Universities discover the women within their ranks able to take on the presidency. Still, this week’s appointment shows that Pope Francis’ words may have taken root and we should prepare to see more women having their qualifications and credentials recognized in all manner of Catholic organizations.