The Two Popes: A SLHour Windows to the Soul Special 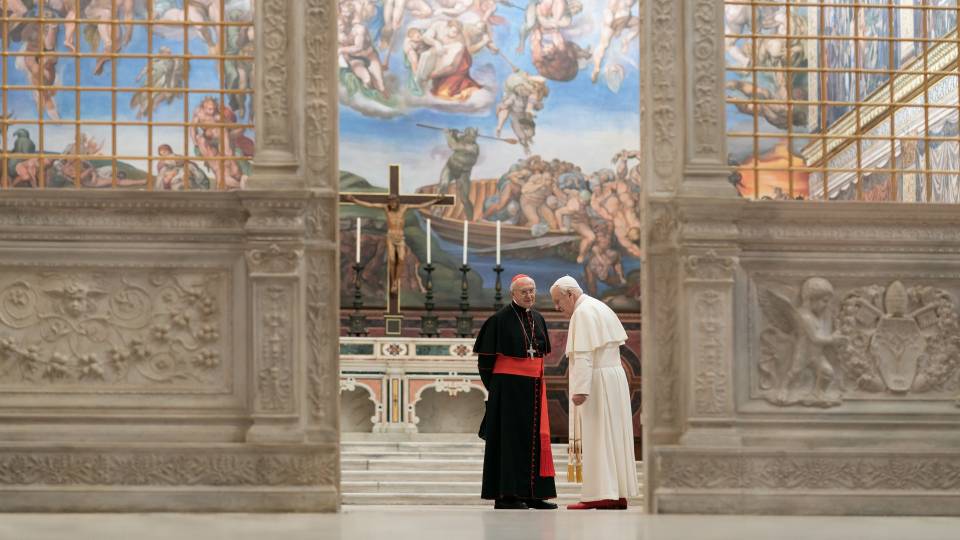 Jonathan Pryce portrays Pope Francis and Anthony Hopkins portrays retired Pope Benedict XVI in a scene from the movie The Two Popes. (CNS photo/Peter Mountain, courtesy NETFLIX)
In case you don't already know, The Two Popes is a film starring Anthony Hopkins as Pope Benedict XVI and Jonathan Pryce as Cardinal Jorge Mario Bergoglio, who later becomes Pope Francis. It is a fictional story directed by Brazilian Fernando Meirelles and written by New Zealander Anthony McCarten (who also wrote The Theory of Everything and Bohemian Rhapsody). It is an adaptation of McCarten’s 2017 play The Pope. You may have heard some positive things about the film and maybe some controversies. I thought of inviting our SLHour "film expert", Sr. Marie Paul Curley, to give us her take: You can also read Sr. Marie Paul's blog post on the The Two Popes at her Windows to the Soul site. And here are some reviews of The Two Popes you should check out, if you haven’t yet done so: Word on Fire The Catholic World Report The  National Catholic Register America Magazine and this one from Time that helps separate the truth from the fiction.