The music of Within Your Gates: Future of Forestry

If you travel here, you will feel it all, the brightest and the darkest. 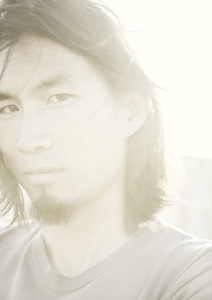 The lyrics of "Traveler’s Song" by Future of Forestry were not written with the Holy Land in mind, but few places in the world are saturated with such extremes of joy and pain. Jerusalem, in particular, is a sacred, resplendent city for the three Abrahamic religions, yet it is profaned daily by hostility and division. Underscoring the contrast, Mount Calvary, where Jesus was crucified, stands just steps away from the tomb where He conquered death. Both are enclosed within the same Church of the Holy Sepulchre. Traveler’s Song is the first track from Future of Forestry’s three-part series of EPs, appropriately titled Travel. The soaring tune is featured in a pivotal scene of the new S+L documentary Within Your Gates: A Pilgrim Guide to the Holy Land. “That song was just basically spelling out my life in that season,” says the band’s singer and songwriter Eric Owyoung in a candid interview on S+L Radio. “I was experiencing some very dark, very difficult things,” he tells host Pedro Guevara Mann, “and yet at the same time, I was also experiencing simultaneously some of the greatest blessings and hopes and dreams of my life.” Like Within Your Gates, the Travel EPs contemplate the theme of pilgrimage, both as a physical ritual and an interior movement of conversion. “For me, my pilgrimage has been the struggle to accept and to believe in God’s love,” says the San Diego-based artist. Owyoung describes this as a process “that I’ve been walking through for my whole life.” To mark the premiere of Within Your Gates on Sunday, Future of Forestry is the artist of the week on S+L Radio. In addition to Pedro’s interview, listeners will hear “Traveler’s Song”, as well as two new tracks from Future of Forestry’s latest release Advent Christmas EP, Vol. 2. The program airs Saturday at 10pm ET / 7pm PT on the Catholic Channel, Sirius Satellite Radio 159 and XM Radio 117. The episode can be downloaded as a podcast from the S+L Radio website.