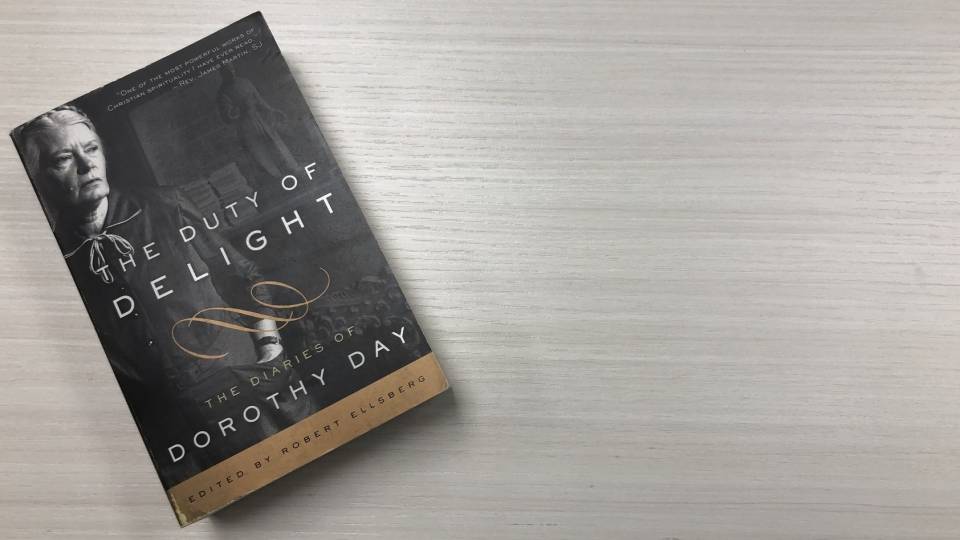 The following are specific books Servant of God Dorothy Day mentions having read in her diary entries from the 1960s. This summer, I challenge you to read at least three books – one per month in June, July, and August – that formed this remarkable “saint of the poor” in modern times. For each decade of her life, we’re posting a blog with a new list of titles. Click here for Part 1 Click here for Part 2 Click here for Part 3 All page references are from The Duty of Delight: The Diaries of Dorothy Day, edited by Robert Ellsberg (2008: Image Books).

5. Main Street (1920) – Sinclair Lewis. “I picked up Main St. yesterday by Sinclair Lewis and Gopher Prairie remains the same and in a way the people too, money making, getting ahead, oblivious to the ugliness of their small towns” (p. 300).

6. Day goes through a period in the early '60s of rereading many books from her past, including The Idiot, Liturgical Piety, and Seeds of the Desert.

10. Conquest of Bread (1982) – Peter Kropotkin. “In which he talked of the difficulty, once a regime is overthrown, in building up a new economy. Certainly this was one of the difficulties in Cuba” (p. 340).

12. Newman: His Life and Spirituality (1952) – Louis Bouyer. “It helped me a lot. Resolution to read more studiously and purposefully as a cure too for melancholy and discouragement. Newman read 12 hours a day!” (p. 357).

13. Day mentions reading Blessed Henry Suso’s “Pilgrim” in 1964. This is likely a reference to “Parable of the Pilgrim” by Walter Hinton, which was added as a preface to one of Suso’s works, A Little Book of Eternal Wisdom (14th century).

14. Letters From the Saints (1964); a collection of letters from canonized authors. Day mentions reading a letter from St. John Chrysostom “to an agitated woman about the state of the world. And that of several other saints announcing imminent end of the world because of its evils” (p. 360).

16. The Problem of Pain (1940) – C.S. Lewis. Dorothy mentions this book in a list of items she carries in her purse, which also include a small New Testament, a Jesus Prayer pamphlet, and letters from friends in Mississippi (p. 367).

22. I Never Promised You a Rose Garden (1964) – Joanne Greenberg, under the pen name Hannah Green. “A strange story of a girl in a mental hospital, which Judy gave me. She also gave me quotes from Simone Weil, and from Thoreau” (p. 402).

23. Liberation – Marjorie Hope. This is likely a reference to Hope's 1950 book The Breaking of the Circle.

27. La Vida (1966) – Oscar Lewis. Day (rather unhappily) reviewed this book for a publication: “Mailed review of La Vida. I will never write another book review. Not a fast reader – they take an immense amount of time, an unnecessary amount” (p. 407).

37. What Are These Wounds? The Life of a Cistercian Mystic St. Lutgarde of Aywières – Thomas Merton

39. The Divine Comedy Volume 1: Hell (1950) – introduced and translated by Dorothy L. Sayers. Day refers to The Divine Comedy as “a picture of our time. A must.” She then adds that “reading is oil that keeps lamp burning” (p. 446).

40. Revolution for the Hell of It (1968) – Abbie Hoffman. “A terrifying book, bitterness, hatred, hell unleashed. The fruits of war, materialism, prosperity founded on a slave class, whether black or white” (p. 447). Hoffman famously referred to Day as "the first hippie".

49. The Documents of the Second Vatican Council (1963-1965) - all documents are available on the Vatican website