The Dead Sea is Alive! - #SLPilgrimage 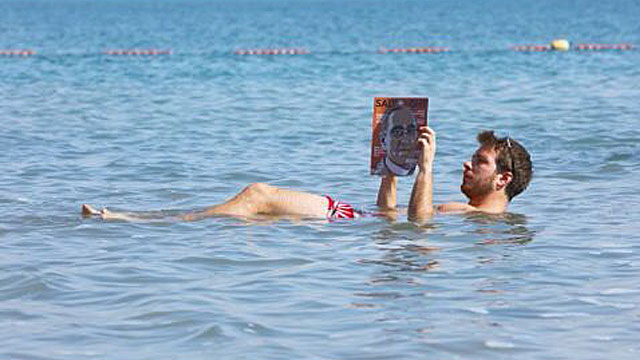 Every step of our pilgrimage in the Holy Land has left us in awe not only because of the historical and spiritual dimensions of the holy places we visit and which commemorate the life of Jesus but also because of the beauty of the landscape that surrounds us.
On March 1, 2016, after having navigated the Sea of Galilee and travelled along the Jordan River, we reached the Dead Sea, situated between Israel, Jordan and Palestine.
This lake, fed by the Jordan River, is 430 meters below sea level, the lowest point on the surface of the earth. But if this lake is well known it is mainly because we can float on the surface of the water. And it’s no accident!
It contains 275g of salt per litre of water. No fish or seaweed can survive in these conditions, hence the reason it’s been called the « Dead Sea ». Dissatisfied with simply stopping and admiring the floating swimmers, we decided to get in on the action and, paradoxically, had an invigorating experience.
--
Charles Le Bourgeois is a French producer for Salt + Light. Follow him on Twitter!