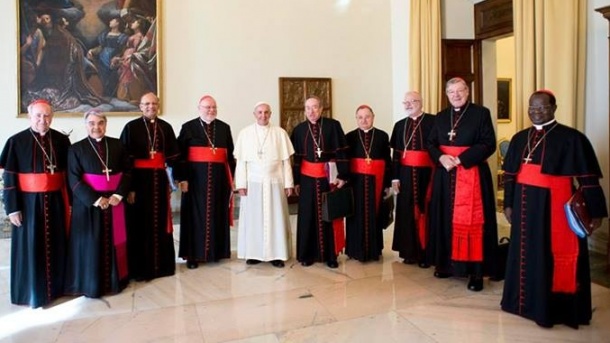 “This discernment takes time. For example, many think that changes and reforms can take place in a short time. I believe that we always need time to lay the foundations for real, effective change. And this is the time of discernment. Sometimes discernment instead urges us to do precisely what you had at first thought you would do later. And that is what has happened to me in recent months. Discernment is always done in the presence of the Lord, looking at the signs, listening to the things that happen, the feeling of the people, especially the poor. My choices, including those related to the day-to-day aspects of life, like the use of a modest car, are related to a spiritual discernment that responds to a need that arises from looking at things, at people and from reading the signs of the times. Discernment in the Lord guides me in my way of governing.
But I am always wary of decisions made hastily. I am always wary of the first decision, that is, the first thing that comes to my mind if I have to make a decision. This is usually the wrong thing. I have to wait and assess, looking deep into myself, taking the necessary time. The wisdom of discernment redeems the necessary ambiguity of life and helps us find the most appropriate means, which do not always coincide with what looks great and strong.”

A Big Heart Open to God The exclusive interview with Pope Francis, by Antonio Spadaro S.J.

America Magazine
September 17, 2013
--
PHOTO: Pope Francis poses with cardinal advisers during a meeting in the library of the Papal Apartment in the Apostolic Palace in Vatican City. Eight Cardinals began closed-door meetings with the Pope on October 1 to help him reform the Roman Curia and study possible changes the the worldwide Church.
(Catholic News Service Photo/L'Osservatore Romano via Reuters)