That moment when the Church was founded - #SLPilgrimage at Caesarea Philippi

The flush region of Caesarea Philipi is about an hour’s drive north of the Sea of Galilee.  It was given to Herod the Great by Caesar Augustus around 20 BCE, who in turn handed it down to his son Philip.  Philip named it Caesarea in honor of Caesar, and his own name eventually became associated with it, thus Caesarea Philipi.  But the region also has another ancient name, Paneas, because at the time of Jesus there was a thriving religious cult around the fertility god Pan.  The temple of the cult was built around one of three natural springs feeding the Jordan River.  To pagans, these types of natural springs were gateways to the netherworld or Hades. 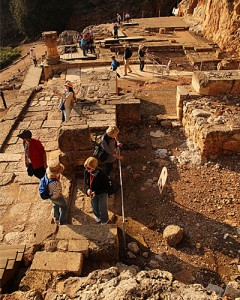 The scene must have been bustling with worshipers of all kinds when Jesus and his disciples ventured up there from their usual hang out in Capernaum.  There they had a conversation that would forever shape the history of the Church.  Surrounded by statues and images of the ancient gods, Jesus poses a pointed question, “who do people say that I am?”  Peter replies confidently, “You are the Messiah, the Son of the living God.”  Jesus proclaims, “Blessed are you Simon son of Jonah!  For flesh and blood has not revealed this to you, but my Father in heaven.  And I tell you, you are Peter and on this rock I will build my church, and the gates of Hades will not prevail against it.”
Peter’s proclamation of Jesus as the Son of the living God was an obvious rejection of the pagan cult and a vote of divine confidence in his teacher and friend.  Jesus’ pronouncement laid the foundation for the Petrine ministry embodied throughout history in the authority and primacy of the popes.  There are other suggestions of Peter’s primacy among the twelve in the Gospels and Acts of the Apostles, but this one is the most direct and consequential for how we understand the Petrine ministry. 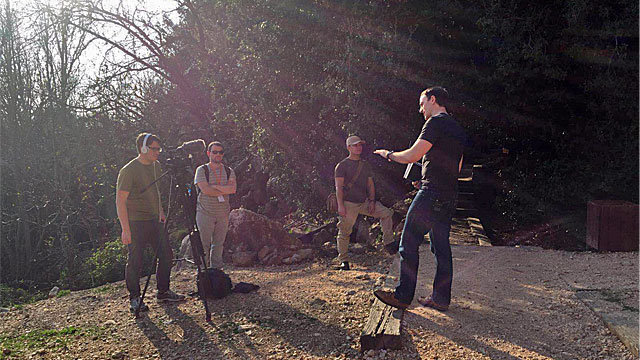 Reading this conversation between Jesus and Peter two thousand years later on the ruins of the pagan temple, a deeper question surfaced: why Peter?  By all Gospel accounts, Peter was not the ablest or most reliable disciple.  Surely Jesus could have built his church on a sturdier foundation.  In his commentary of this historic conversation, G.K. Chesterton captures the paradoxical truth hidden in Jesus’ choice of Peter:
“When Christ at a symbolic moment was establishing His great society, He chose for its cornerstone neither the brilliant Paul nor the mystic John, but a shuffler, a snob, a coward—in a word, a man. And upon this rock He has built His Church, and the gates of Hell have not prevailed against it. All the empires and the kingdoms have failed, because of this inherent and continual weakness, that they were founded by strong men and upon strong men. But this one thing, the historic Christian Church, was founded on a weak man, and for that reason it is indestructible. For no chain is stronger than its weakest link.”
--
Sebastian Gomes is an English producer for Salt + Light.