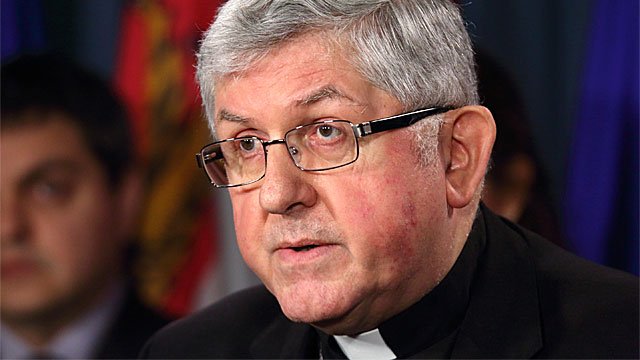 CNS photo/Art Babych Euthanasia comes to Canada  “There are two ways, the way to life and the way to death, and there is a great difference between them.” These wise words from an ancient Christian writer come to mind as we mark Parliament’s enactment of the law implementing the Supreme Court’s decision on euthanasia and assisted suicide, which is a fundamentally misguided decision. Though I do not question the good intentions of either judges or legislators, their decisions have set our country down a path that leads not simply, and obviously, towards physical death for an increasing number of our fellow citizens, but towards a grim experience for everyone in our society of the coldness of spiritual death. That death is found in a loss of respect for the dignity of the human person, in a deadening pressure upon the vulnerable to be gone, and in an assault upon the sanctuary of conscience to be suffered by good individuals and institutions who seek only to heal. To those who are grievously suffering in body or spirit and who desperately seek relief: we need to be sure that you receive it, through whatever medical means are available, and through the loving care that you deserve. The question is not whether you need relief; it is how to find it. Suicide is not the answer to the very real question you face. Some may be consoled by the fact that the law could be worse: there are some “safeguards” protecting the vulnerable, and there is some conscience protection. Any thankfulness for these positive elements must, however, be set against the fact that in other places where euthanasia has been introduced, it has always been cloaked with “safeguards” that lull the citizens into complacency. Over the years those “safeguards” gradually weaken and finally drop away, and then the full hard cold force of euthanasia is felt. Here is a chilling fact: despite the confidence of the Supreme Court justices that Canada is different from those jurisdictions, in only slightly more than a year since their decision, the “safeguards” are already under vigorous attack. The deepest roots of this malign development in the history of our country are spiritual, and so in the weeks to come I will be suggesting ways to address them through prayer and penance. Our broader society also needs to engage in the necessary but lengthy process of reflection upon the dire implications for every aspect of our life together when we lose the fundamental ability to distinguish between dying and being killed. We all need to recognize the profound moral significance of that distinction. We also need to recognize the destructive consequences of reducing the dignity of the human person to a matter of autonomy, when actually it is our loving inter-dependence, not our independence, which sustains our dignity. In addition, we must not reduce worthiness to live to a matter of the ability to function according to some personally acceptable standard of performance. We must address these and the other shaky foundations for the judicial and legislative actions which are taking us down a path to nowhere. That will take time, and a persistent effort to raise and resolve these deeper issues, with clarity and charity. Life, however, is a marathon, not a sprint; our enterprise is begun and, founded upon both reason and faith, it will succeed, in due time. Meanwhile, we need to take immediate steps. First, we need to make available for all Canadians (not just 30% of us) real medical assistance in dying: palliative care, where people who are dying are surrounded with love, and where any pain they experience is countered with the most advanced medical care available. Second, we need to speak forthrightly. When people feel compelled to use language in a way that does not reveal what is actually happening, but instead conceals it, it is a sign that something is radically wrong (and they know it). The now officially accepted terminology, such as “Medical Assistance in Dying” does not describe medical assistance in dying; it describes killing. Let us say what we mean, and mean what we say. Finally, we need to assure that those individuals who have dedicated their lives to healing will not be pressured into either directly causing the death of their patients, or into arranging for this to happen. Similarly, we must assure that those health care institutions which are havens of hope, in a tradition whose noble roots long predate Confederation, will in no way be forced to violate their conscience (known as their “mission”). “Lord, teach us the shortness of life, that we may gain wisdom of heart.” - Psalm 90:12