"Sister words" all Catholics should know 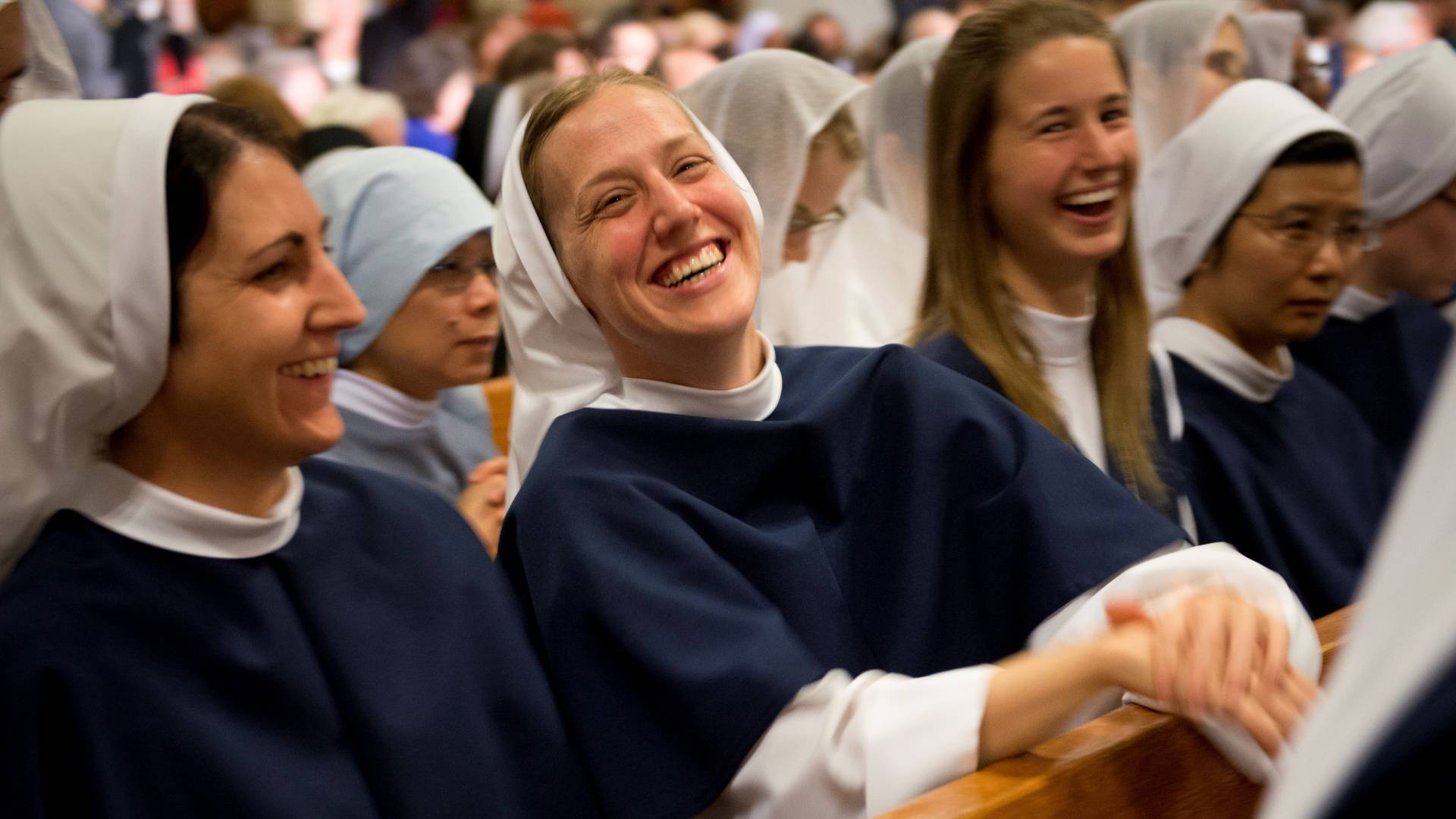 Photo credit: Jeffrey Bruno on Flickr, cropped and used under the terms of license CC BY-NC-ND 2.0
There is so much to learn about the beautiful and faith-filled life of sisters! From life in their congregations and the work that they undertake to their personal walks with the Lord, there is no end to the wealth that can be discovered about them and also from them. However, unless we’ve had the privilege of meeting a sister/congregation or taken the personal time to educate ourselves, many of us may have trouble defining even some basic words and terms that form a part of their daily lives! Ever heard of a novice or a postulant? Can you name the vows they take? If you find yourself at a loss at this point, no trouble, this article has got you covered! In honour of Catholic Sisters Week (March 8-14), here are some sister words that would be great for all Catholics to learn!   Sister vs. Nun These words are often used interchangeably; however, there’s actually a difference between “Sister” and “Nun”! A sister is a woman religious who lives in a convent but works/serves in a ministry outside the walls of her particular congregation (for example, in a school, women’s shelter, or hospital). A sister devotes her life to serving those in need where they are “in the world”. A sister’s vocation is embodied by prayer as well as active service. A nun is a woman religious who lives and works inside of a monastery (or an enclosed space), alongside her other companions in the particular order. The life of a nun is contemplative, cloistered, and primarily devoted to prayer for the Church and the world.   Habit This is the distinctive dress of a woman (or man) religious. A habit is the outward sign of a sister’s consecration to God and signals that she belongs to a particular order. Though, it should be noted that not every order requires their sisters to wear a habit!   Vows Sisters take three vows (defined as sacred promises or commitments to God): poverty, chastity, and obedience. Sometimes, an additional, fourth vow may be added, such as that of hospitality or charity. For more information on the vows they take, click here.   Aspirant This is the very first stage in the process of becoming a sister. It’s also known as “pre-postulancy” or “candidacy”. As the name sounds, it means that you “aspire” to join a particular order. An aspirant lives with the sisters to discern if she feels attracted to the life offered by the order. At this time, the community (as well as her vocation director) will also be mutually discerning if they feel this is where she belongs.   Postulant "Postulant" refers to someone who has taken the next step towards becoming a full sister — formally moving into the congregation and thereby officially entering the order. A postulant lives and prays with the other sisters, takes theology classes, and may participate in the missionary work of the order. In doing so, she also takes on more serious discernment.   Novice A novice is a woman in the “last stage” before taking temporary vows (see Temporary Vows below). A novice engages in an even deeper time of prayer, learning (both of theology and of the charism of the order), community life, and discernment. This highly immersive period lasts for two years. A novice might wear a white veil and take a name-in-religion, though this is not always the case!   Temporary Vows Temporary vows are also known as “first vows” or “simple vows”. These vows are not lifelong and only last for three to five years. This is the very last stage of the discernment process. This is also a woman’s first profession of poverty, chastity, and obedience.   Final Vows A woman takes final or “perpetual” vows to commit herself to a particular community for life. After taking final vows a woman is a fully professed sister. In the case of sisters (as opposed to nuns – see Sister vs. Nun above), final vows may be taken publicly or privately.   Mother Superior A mother superior is a sister in charge of and accountable for a particular order! She takes care of administrative things as well as the spiritual lives/needs of the sisters in her congregation. Want to learn more about the dynamic and ever-demanding life of a Mother Superior? Click here.   I hope this article has helped you learn just a little bit more about sisters and their religious lives, whether you already knew these words or not! As we celebrate this week, let’s remember to keep all women religious in our prayers!