Sign the Joint Declaration on Euthanasia and Assisted Suicide 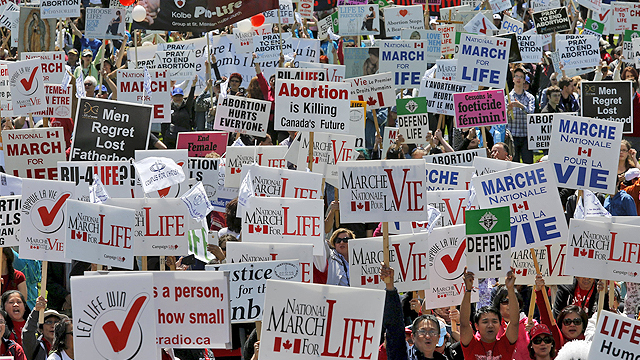 This past October 29, the Evangelical Fellowship of Canada (EFC) and the Canadian Conference of Catholic Bishops (CCCB) launched a joint Declaration on Euthanasia and Assisted Suicide. The sponsoring signatories to the Declaration intend now to engage in a concerted effort in view of obtaining signatures from a wide spectrum of people in Canada who agree with the principles outlined in the Declaration. The number of signatures has grown to 2,264 as of January 12, 2016.
At the launching of the Declaration at the National Press Gallery in Ottawa on Parliament Hill, the CCCB and EFC were assisted likewise by Rabbi Dr. Reuven P. Bulka, C.M., from the Congregation Machzikei Hadas in Ottawa, and Imam Samy Metwally from the Ottawa Main Mosque/Ottawa Muslim Association. At the time of its release, the Declaration had 56 signatories from Catholic, Orthodox, Evangelical, Jewish and Muslim faith leaders across Canada.
The invitation to sign the Declaration is now open to all people in Canada who agree with the principles of the Declaration. Signatures are added on line. The Declaration and the signatory option can be accessed below:
Sign the Declaration.
Learn more about Euthanasia by watching the Salt + Light film Turning the Tide.