Showing the courageous face of Iraqi Christians to the world 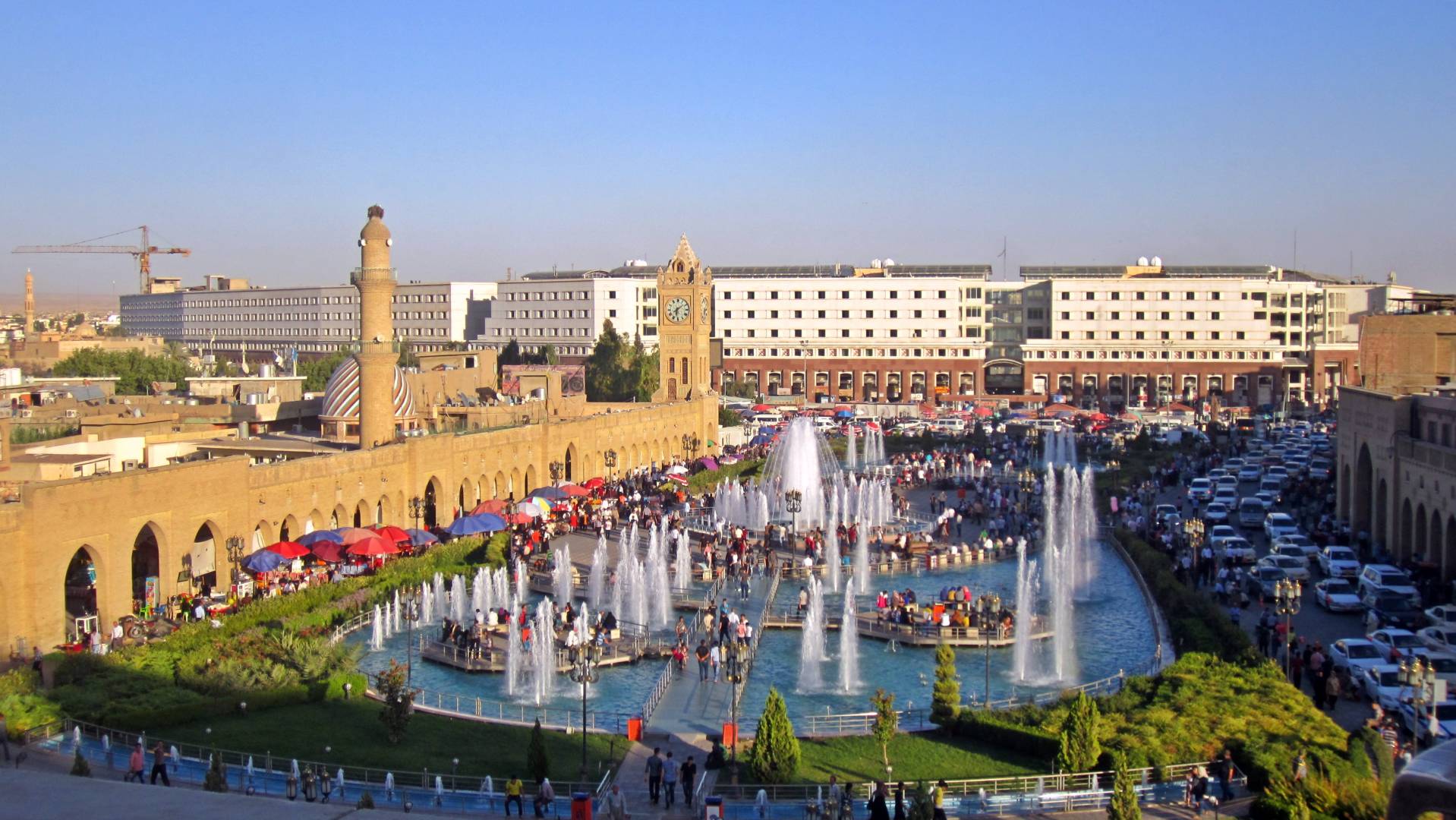 The main square of Erbil, a city in northern Iraq with a significant Christian population. Pope Francis will visit Erbil on March 7. Photo credit: Ask Gudmundsen on Wikimedia Commons, used under the terms of license CC BY-SA 3.0
As we prepare to follow Pope Francis' journey through Iraq, Deacon Pedro Guevara-Mann sat down last night with Archbishop Bashar Warda of the Chaldean Catholic Archdiocese of Erbil and Stephen Rasche, Vice Chancellor of the Catholic University in Erbil, who were able to give him a perspective from the ground on how excited Iraqis are about this visit and what effect it might have on how the world views Iraq and its future. Here are two highlights from the interviews. (Answers have been edited for length and readability.)   Deacon Pedro: What are your personal hopes for the Holy Father's visit? Archbishop Warda: I would love that His Holiness will see face to face the courageous faces that we have here with Christians who decided to really remain faithful, to continue the message, and to be blessed to have such a history of martyrdom, witness to Christ. This is really a successful mission in a way to tell the world. Already lots of Iraqis following the local media are being informed now about Christianity, the history of Christianity in the country, the contribution of the Christians since the beginning of Islam. Christians are not a people immigrated from Europe to Iraq. No, they are original to Iraq. Lots of them are aware now: "Oh, those people were here before us!" This is really– Just to laugh, you know, the government is preparing the roads, paving the roads to certain areas where it makes the trip quite easy, and people are saying, "Thank God! Finally we have good roads because His Holiness Pope Francis is coming. Many years we've asked the government to do this, and no one is listening. Thank you, Pope Francis!" So you could say with these simple gestures and news, he's made a difference in the lives of the Iraqi people already, and they said, "It's a miracle! It's a miracle!" It's important that all Iraqis would be aware that, yes, losing Christians is a big loss for the country, so it's better to work together on not just maintaining the Christian community as a survival community but as a thrival community where we believe that we have something to offer in rebuilding Iraq and making Iraq great.   Deacon Pedro: Are there security concerns today? Pope Francis is travelling in the middle of a pandemic. Talk to us a little bit about those concerns – not so much the challenges – but some of the risks and concerns that come with this trip. Stephen Rasche: There's never an optimal time to come to a broken country like Iraq. And we need to be honest about that. The Iraqis are quite honest about that themselves. Iraq is a broken country with significant problems and real risks at any time. There are different forms of violence that come from many different directions: some from within the country, some from outside the country. And this is always an existing thing within the overall modern landscape of Iraq. You add on top of that this issue of the pandemic, which is real here. They're clearly in the middle of a real spike here. There's been curfews put in place. There's been a blocking of the movement between provinces, and these things come and go as they try to manage the pandemic. That being said, there is never an optimal time to come to a place like Iraq. And if you waited for the optimal time, you would never come. I mean, by Western standards, you would just never come. Of course, it's easy to criticize this as "Why come now?"  But when is the right time? When is the right time? And on the same hand, you look: the Iraqi people have had to live with all of this for all of these years. I mean, this is nothing new for the Iraqis. They said, "Well there was a rocket attack in Erbil." Okay, well, and next week there will be something somewhere else. And yet the Iraqi Christians, they've lived through all of this. They've been living through war and genocide and pandemic and persecution and more war and all of this. It's just one thing after the other, and yet they endure through all of it. So the idea now that the pope would be coming and sharing with them in this... I think there was a window of opportunity to cancel this visit that's come and gone. And, fairly enough, there were people here in Iraq who thought maybe it might be more prudent to postpone this for a number of reasons. I think that window's clearly come and gone. And here in Iraq now, we are full-on in being ready for the pope to come. The people have put their heads down. And they're doing the work. Yeah, they're ready for the pope!   If you missed the broadcast of "Pope Francis' Apostolic Visit to Iraq: You Are All Brothers and Sisters", you can watch the show again by going to our special webpage covering Pope Francis' visit to Iraq, where you will also find our broadcast schedule and other resources.