Seeking the heart of Marguerite Bourgeoys 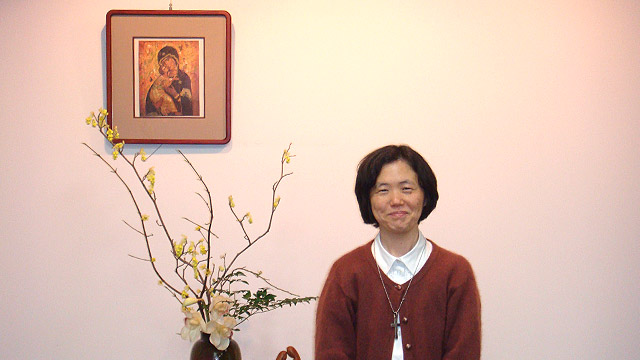 I am a sister of the Congrégation de Notre-Dame (CND). On April 1, 2013, I left Japan on a one-year assignment to be a member of the International Community located in the Mother House in Montreal. First, let me briefly introduce the history of the CND in Japan. It was in 1932 that five French Canadian sisters crossed the Pacific Ocean at the request of a Canadian Dominican bishop overseeing the Catholic Church in Tohoku District in Japan. The sisters established a mission in Fukushima City, a small agricultural town located 240 km northeast of Tokyo. Though the French speaking sisters could hardly communicate with the local people, they were warmly welcomed by a small group of Catholics as well as non-Catholics regardless of their religions. Their missionary work progressed in Fukushima City. They built a new convent building and opened a kindergarten. However, war clouds started hovering over Japan. In 1941, the Pacific War broke out. The convent was confiscated by the Japanese army and converted to an internment camp for foreign nationals. Some Canadian sisters returned to Canada, while others were put under house arrest and relocated to Aizu, an inland region of Fukushima Prefecture. They had no means of communication with the outside world and were obliged to live in deprivation. What saved them was the help of three Japanese candidates who had refused to leave the Congregation in spite of repeated advice from Japanese priests. They stayed with the Canadian sisters, secretly providing them with food and necessities. They prayed together and waited for peace. The war that started on the feast of Our Lady of the Immaculate Conception finally ended in 1945, on the Feast of the Assumption of the Blessed Virgin Mary. All of the Canadian sisters who were interned in Aizu could now return to Fukushima City. After the war, the sisters took war orphans under their wing. The following year, they opened an elementary school. Among the students were the war orphans. Since the war, CND schools in Japan have expanded. Now we have a kindergarten, an elementary school, a high school and a two-year college in Fukushima; a kindergarten and a girls’ residence in Tokyo; an elementary school, a middle school, and a high school in Kita-Kyushu. At present, seventy CND sisters including seven Canadian sisters are engaged in educative and apostolic works in Japan My parents are Catholic and I was baptised as an infant, which is quite unusual in Japan because the majority of Japanese classify themselves as both Shinto and Buddhist. I was educated in a CND school in Kita-Kyushu City for 12 years and studied for 4 years at a university in Tokyo living in the CND student residence in Chofu. It was at the elementary school that I first encountered Marguerite Bourgeoys when I was six years old. What I remember best during my school days is the smile of a Canadian sister of Irish decent. Her bright and kind smile never left her face or my memory. In the novitiate, I learned the history of the CND and music from one of the five pioneer sisters who came to Japan in 1932. Though she didn’t tell me in so many words about the difficulty and hardship she had experienced when she first arrived and especially during the war, I could sense the reason why she remained in Japan: her strong love for Jesus, Mary and our Foundress. She stayed in Japan because it was God’s will; because Mary was with her; and because Marguerite would have done the same. When I reflect on the sister’s life in the light of Marguerite’s, I seem to better understand Marguerite and her greatness. The sister died one year and 2 months before my first vows and I was given her cross. After making my perpetual vows, I became a teacher and taught Japanese at high schools in Fukushima and Kita-kyushu. It was a busy time, but interactions with young students were a rewarding experience. Some of our new students were heartbroken because they had failed entrance exams in other schools, but they were warmly welcomed at CND schools, where they learn: you are precious in my sight, and honoured (Isaiah 43:4). Nothing gave me more pleasure than to see them regain their self-confidence and get back on their feet. However, I sometimes questioned myself. Before entering religious life, I taught at a Protestant school and met many devoted lay teachers. They preach the word of God at morning worship, and then go to the classroom to teach and guide students. What’s the difference between them and a teacher like me, a sister? This question had been bothering me. When I was offered a one-year assignment to go to Montreal, I thought this might be an opportunity to step back from my teaching life, and to reflect on this question. 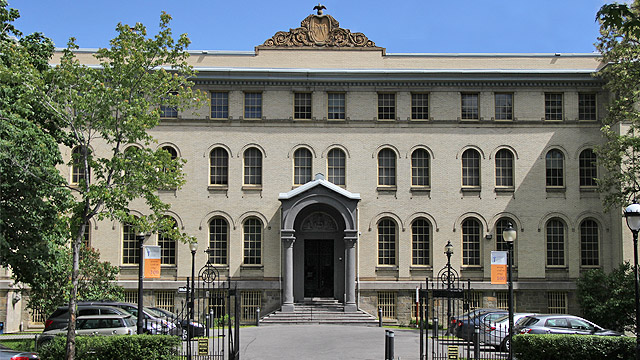 [1] The italic texts are excerpts from the Writings of Marguerite Bourgeoys [2] Mathew 22:37-39 This post was written by Sr. Atsuko Nakamoto, CND, in March 2013. She is currently living and serving in Fukushima, Japan.