Remembering the victims of the Holocaust 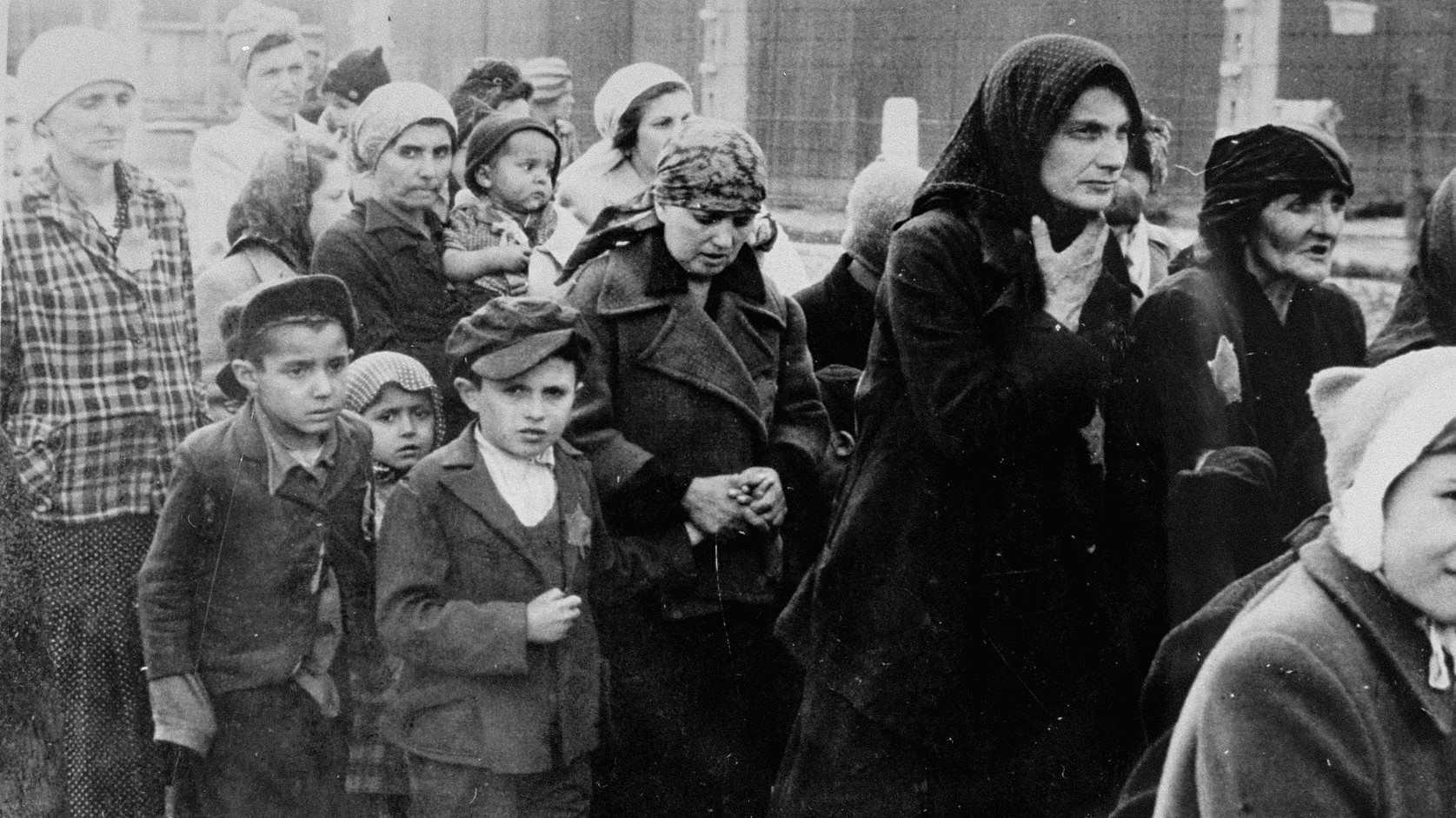 Jewish women and children from Subcarpathian Rus who have been selected for death at Auschwitz-Birkenau, walk toward the gas chambers. Photo credit: United States Holocaust Memorial Museum, courtesy of Yad Vashem (Public Domain)
International Day of Commemoration in Memory of the Victims of the Holocaust 76 years ago, on January 27, 1945, the prisoners of one of the most well known Nazi death camps, Auschwitz, were liberated by Soviet soliders. Although this was a moment of true hope and a strong indicator that the war had turned a corner, it also revealed the great atrocities that had been committed against Jews across Europe. The horrors unveiled in Auschwitz were just the tip of the iceberg: after accounting for Auschwitz and several other death camps, the death toll was in excess of 6 million Jewish people. In 2005, the United Nations Educational, Scientific, and Cultural Organization (UNESCO) officially proclaimed January 27 as the International Day of Commemoration in Memory of the Victims of the Holocaust. It is a day to pay tribute to victims of the Holocaust and aims to refocus people’s attention to stand against antisemitism and racism, in all its forms. The importance of this day is best summed up on the UNESCO website, which states:

The Holocaust profoundly affected countries in which Nazi crimes were perpetrated, but also had universal implications and consequences in many other parts of the world. Member States share a collective responsibility for addressing the residual trauma, maintaining effective remembrance policies, caring for historic sites, and promoting education, documentation and research, seven decades after the genocide. This responsibility entails educating about the causes, consequences and dynamics of such crimes so as to strengthen the resilience of young people against ideologies of hatred. As genocide and atrocity crimes keep occurring across several regions, and as we are witnessing a global rise of anti-Semitism and hateful discourses, this has never been so relevant.

Remembrance through documentary Although the Holocaust is widely known and taught in school history classes, over time it has become more distant, particularly as there are fewer and fewer first hand witnesses alive to share their story and experience. This is where the importance of documentary storytelling can play a vital role in keeping the stories alive and ensuring that the current generation does not forget. Here are a few powerful films about the Holocaust you might want to watch in honour of this important day of commemoration:   A Hand of Peace: Pope Pius XII and the Holocaust This documentary looks at Pope Pius XII and the diplomatic work he had to engage in during his papacy. Pope Pius XII has often been accused of being a hands-off pope who did not do enough to help the European Jews being killed by the Nazis. A Hand of Peace dispels that myth with a series of great interviews that help show how the Catholic Church stepped up to help during this horrific time. This film, directed by David Naglieri, was produced by Salt + Light Media and is available to rent.   Shoah Shoah (the Hebrew word for Holocaust) is a 10-hour documentary by French director Claude Lanzmann that took over a decade to create. It includes interviews with survivors, witnesses, and perpetrators of the Holocaust and gives the viewer a chance to see the different facets of the Holocaust, offering a glimpse into the time, space, and circumstances that lead to such a grave tragedy. Be forewarned: this masterpiece of a documentary is a hard film to watch, particularly as Lanzmann brings survivors back to the death camps that they had survived.   Night and Fog This documentary is in the same vein as Shoah but takes place 10 years after the liberation of the death camps. Night and Fog takes the viewer into the now closed grounds of Auschwitz and Majdanek and contrasts the images with that of wartime footage in the same places. The juxtaposition creates a haunting feeling as the viewers are exposed to the horrors of the Holocaust.   Lest we forget Although there have been many genocides since the Holocaust, the importance of remembrance is not lessened. The purpose of remembrance is to keep history in the forefront in order not to repeat it. To honour the 76th anniversary of the liberation of Auschwitz, the United Nations and UNESCO have jointly organized a series of events with the International Holocaust Remembrance Alliance that are fully available online due to the global pandemic. They are doing their part to ensure history remains at the forefront lest it be repeated. Will you join them?