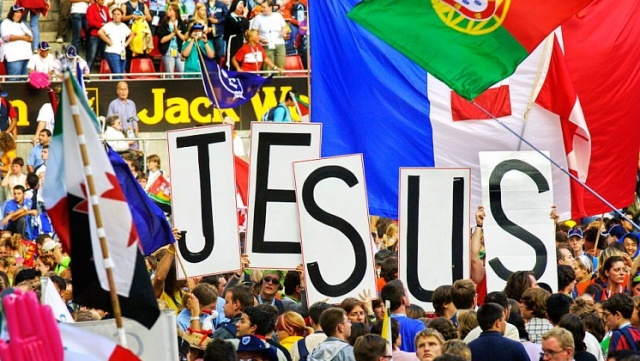 Vatican City, 9 June 2016 – The programme for the Holy Father's apostolic trip to Poland, on the occasion of the celebration of the 31st World Youth Day from 27 to 31 July this year, was published today.
The Pope will depart from Rome's Fiumicino airport at 2 p.m. and will arrive at the John Paul II airport of Balice-Krakow two hours later. After the welcome ceremony he will transfer to the Castle of Wawel, where he will address the civil authorities and diplomatic corps, followed by a courtesy visit to the president of the Republic. The Pope's first day in Poland will conclude with a meeting with bishops in Krakow Cathedral.
In the early morning of Thursday 28 July he will visit the Convent of the Sisters of the Presentation on the way to the airport, and at 8.30 a.m. he will transfer by helicopter to Czestochowa where, in the monastery of Jasna Gora, he will pray in the chapel of the Black Virgin before celebrating Holy Mass in the Shrine of Czestochowa on the occasion of the 1,050th anniversary of the baptism of Poland. At 12.45 p.m. he will return to Krakow where he will address the young people gathered in Jordan Park.
On Friday 29 July he will transfer by helicopter to Oswiecim. At 9.30 he will visit Auschwitz and at 10.30 the camp of Birkenau, returning to Krakow where at 4.30 p.m. he will meet patients at the university paediatric hospital, and at 6 p.m. he will preside at the Via Crucis with young people in Jordan Park.
On Saturday he will visit the Shrine of Divine Mercy in Krakow, where he will pass through the Door of Divine Mercy and confess several young people. After, at 10.30, he will celebrate Holy Mass for Polish priests, men and women religious, consecrated persons and seminarians in the St. John Paul II Shrine of Krakow. The Pope will lunch with several young people in the archiepiscopal residence and then in the evening will pass through the Holy Door in the Campus Misericordiae with various young people. There, at 7.30 p.m., he will give the opening address of the prayer vigil.
On Sunday 31 July, Francis will celebrate Mass for World Youth Day in the Campus Misericordiae, after which, at 5 p.m., he will greet the WYD volunteers, organising committee and benefactors in the Tauron Arena in Krakow. He will depart by air at 6.30 p.m., destined for Rome's Ciampino airport, where he is expected to arrive at 8.25 p.m.