MONTREAL -- Prime Minister Stephen Harper stopped in at St. Joseph's Oratory on his way to the Olympic Stadium for the grand Canadian celebration for the canonization of Saint Brother André. 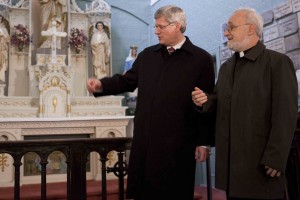