Salt + Light TV is pleased to announce the premiere of our highly anticipated documentary The Francis Impact !

When Francis was elected pope in 2013, the Church unexpectedly found itself in a remarkable moment. Francis came seemingly out-of-the-blue, trailblazing and challenging all of us to keep pace as he recalibrated the Church’s mission, calling us to be more proactive and less reactive, outward-looking rather than inward-focused, bold and prone to mistakes rather than isolated and safe. In 2014, Salt + Light Catholic Media Foundation released The Francis Effect – a documentary that shed light on the first year of Francis’ pontificate. Now, five years later, The Francis Impact, releasing on May 5, will take a different focus on the same man. “The Francis Impact features a variety of remarkable stories, including ordinary people working on the margins, bishops, and those outside the Church who see Francis as a partner in dialogue, a unique moral voice, and a beacon of hope for all of humanity,” said Sebastian Gomes, Director, The Francis Effect and The Francis Impact. “This is not a film about Francis changing the Church. It is a film about the Church changing the world.”

premieres on Salt + Light TV on

Sunday, May 5 at 8pm and midnight EST.

For more on The Francis Impact, including a full-length trailer, behind-the-scenes photos, and our special #TFIMOMENTS, visit the official webpage. 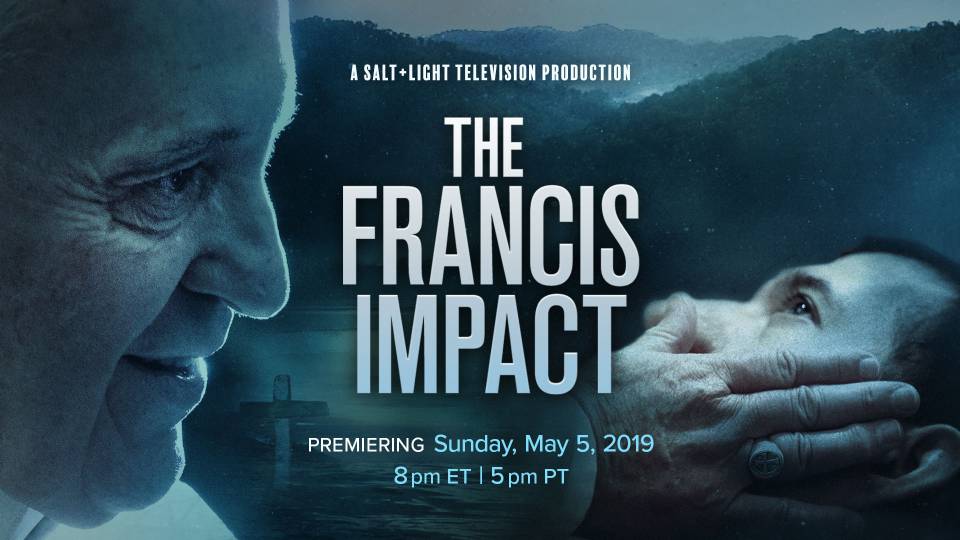