Pope Francis is off to Milan! 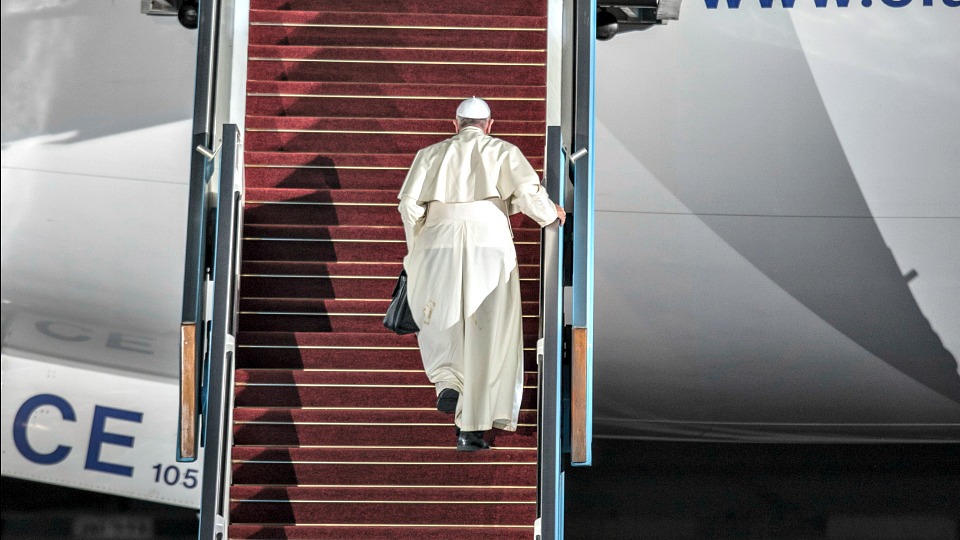 (CNS photo/Oliver Weiken, EPA)
Saturday, March 25, Pope Francis will travel to Milan for a one-day pastoral visit. Between 500 and 600 thousand people are expected in Milan and Monza. However, it will not be a heavily guarded event, because that is not what the Pope wants. In addition to the faithful, there will also be 3,700 volunteers, 350 people from different organizations and 770 leaders from local parishes. The Pope’s first appointment of the day will be a visit the poor neighborhood area in Via Zama and Via Salomone to greet the residents. Later, at 10.00 am, the Holy Father will visit Duomo, Milan’s Cathedral, for a meeting with ordained ministers and consecrated men and women. After the Angelus prayer and the blessing over the faithful, the Pope will head to San Vittore prison. For this event, Pope Francis has already expressed the wish to greet all the prisoners, "a wish that will come true," said Don Davide Milani, the spokesman of the Ambrosian Curia. In the afternoon, Mass will take place in the Park of Monza, just a few kilometers outside of the city, and it will be a key moment for the encounter with the faithful. Late afternoon, in the San Siro Stadium, the Pontiff will meet 80,000 candidates for confirmation and their families. As for the preparation of this visit, the Mayor of Milan, Beppe Sala, said: "We are working to make sure this day can run smoothly. We will be vigilant, but we do not want this great moment to be a heavily guarded event, it is not supposed to be like that". Monsignor Bruno Marinoni has instead communicated the costs for this visit: 3 million and 235 thousand euros, nearly 4.5 million Canadian dollars. A large part of this amount will be covered by private contributions, all the rest will be paid by the Archdiocese. Last Monday, during a press conference, Cardinal Angelo Scola, Archbishop of Milan, spoke about this event, underlining the intention of the Pope's visit: "to confirm the people of Milan in faith and show us what really matters in life". Pope Benedict XVI made a similar visit five years ago, on the occasion of the seventh world meeting of families. The city of Milan is now preparing to welcome Pope Francis and the number of the disabled people who have registered to be present is already double what it was the last time a Pope visited. In 2012, they numbered about 1,500 and this time, more than 3,000 are expected to attend. Another relevant fact that confirms the great expectation for the Pope in Milan.