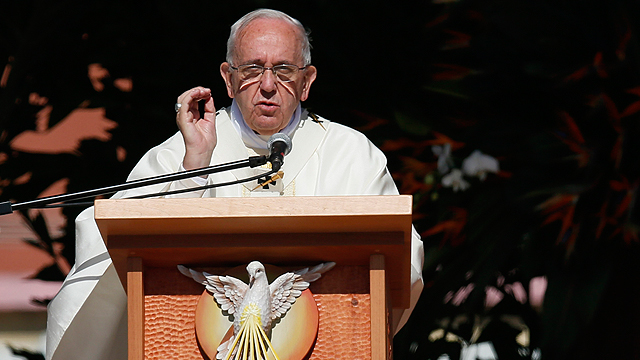 On Wednesday, July 8, 2015, Pope Francis arrived in Bolivia for the second leg of his Apotolic Journey to South America. The next day, the Holy Father celebrated his first public mass in Bolivia at Christ the Redeemer Square in Santa Cruz. Read the full text of his homily for the mass, which opened the 5th National Eucharistic Congress.