Pope Francis' homily for World Day of Migrants and Refugees 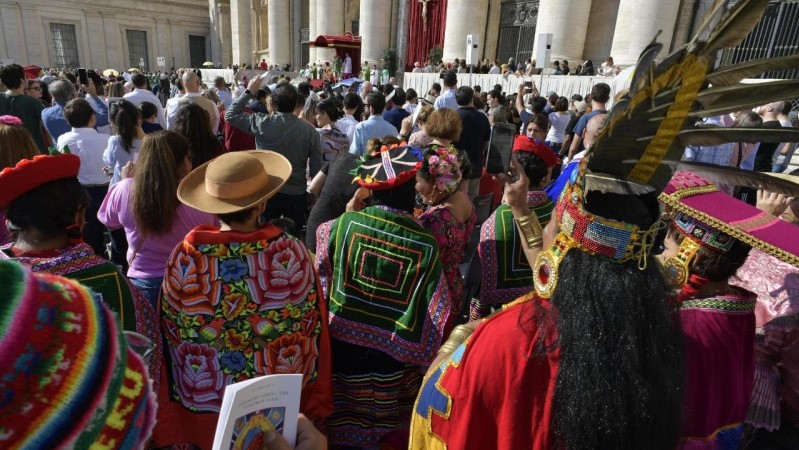 Today’s Responsorial Psalm reminds us that the Lord upholds the stranger as well as the widow and the orphan among his people. The Psalmist makes explicit mention of those persons who are especially vulnerable, often forgotten and subject to oppression. The Lord has a particular concern for foreigners, widows and orphans, for they are without rights, excluded and marginalized. This is why God tells the Israelites to give them special care. In the Book of Exodus, the Lord warns his people not to mistreat in any way widows and orphans, for he hears their cry (cf. 22:23). Deuteronomy sounds the same warning twice (cf. 24:17; 27:19), and includes strangers among this group requiring protection. The reason for that warning is explained clearly in the same book: the God of Israel is the one who “executes justice for the fatherless and the widow, and loves the sojourner, giving him food and clothing” (10:18). This loving care for the less privileged is presented as a characteristic trait of the God of Israel and is likewise required, as a moral duty, of all those who would belong to his people. That is why we must pay special attention to the strangers in our midst as well as to widows, orphans and all the outcasts of our time. In the Message for this 105th World Day of Migrants and Refugees, the theme “It is not Just about Migrants” is repeated as a refrain. And rightly so: it is not only about foreigners; it is about all those in existential peripheries who, together with migrants and refugees, are victims of the throwaway culture. The Lord calls us to practice charity towards them. He calls us to restore their humanity, as well as our own, and to leave no one behind. 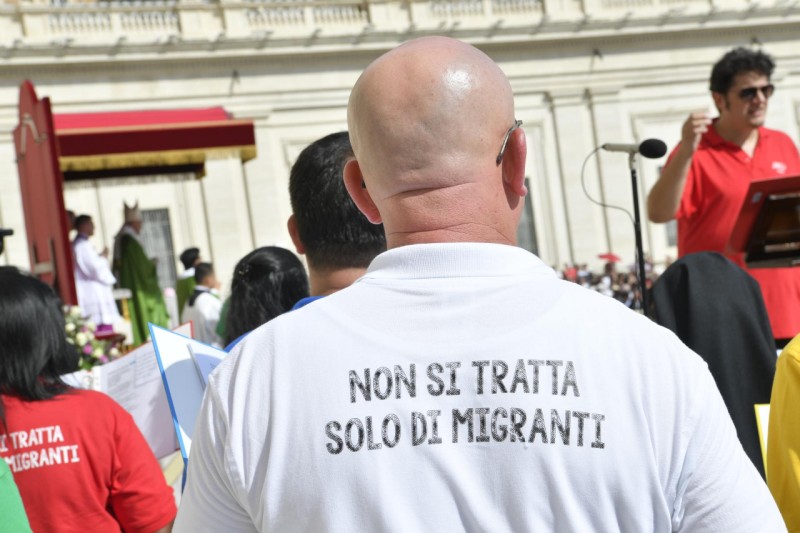 "It is not just about migrants." On September 29, 2019, in St. Peter's Square, Pope Francis celebrated Mass for World Day of Migrants and Refugees (Photo: Vatican Media)
Along with the exercise of charity, the Lord also invites us to think about the injustices that cause exclusion – and in particular the privileges of the few, who, in order to preserve their status, act to the detriment of the many. “Today’s world is increasingly becoming more elitist and cruel towards the excluded”: this is a painful truth; our word is daily more and more elitist, more cruel towards the excluded. “Developing countries continue to be drained of their best natural and human resources for the benefit of a few privileged markets. Wars only affect some regions of the world, yet weapons of war are produced and sold in other regions which are then unwilling to take in the refugees generated by these conflicts. Those who pay the price are always the little ones, the poor, the most vulnerable, who are prevented from sitting at the table and are left with the ‘crumbs’ of the banquet” (Message for the 105th World Day of Migrants and Refugees). It is in this context that the harsh words of the Prophet Amos proclaimed in the first reading (6:1.4-7) should be understood. Woe to those who are at ease and seek pleasure in Zion, who do not worry about the ruin of God’s people, even though it is in plain sight. They do not notice the destruction of Israel because they are too busy ensuring that they can still enjoy the good life, delicious food and fine drinks. It is striking how, twenty-eight centuries later, these warnings remain as timely as ever. For today too, the “culture of comfort… makes us think only of ourselves, makes us insensitive to the cries of other people… which results in indifference to others; indeed, it even leads to the globalization of indifference” (Homily in Lampedusa, 8 July 2013). In the end, we too risk becoming like that rich man in the Gospel who is unconcerned for the poor man Lazarus, “covered with sores, who would gladly have eaten his fill of the scraps that fell from the rich man’s table” (Lk 16:20-21). Too intent on buying elegant clothes and organizing lavish banquets, the rich man in the parable is blind to Lazarus’s suffering. Overly concerned with preserving our own well-being, we too risk being blind to our brothers and sisters in difficulty. Yet, as Christians, we cannot be indifferent to the tragedy of old and new forms of poverty, to the bleak isolation, contempt and discrimination experienced by those who do not belong to “our” group. We cannot remain insensitive, our hearts deadened, before the misery of so many innocent people. We must not fail to weep. We must not fail to respond. Let us ask the Lord for the grace of tears, the tears that can convert our hearts before such sins. If we want to be men and women of God, as Saint Paul urges Timothy, we must “keep the commandment unstained and free from reproach until the appearing of our Lord Jesus Christ” (1 Tm 6:14). The commandment is to love God and love our neighbour; the two cannot be separated! Loving our neighbour as ourselves means being firmly committed to building a more just world, in which everyone has access to the goods of the earth, in which all can develop as individuals and as families, and in which fundamental rights and dignity are guaranteed to all. 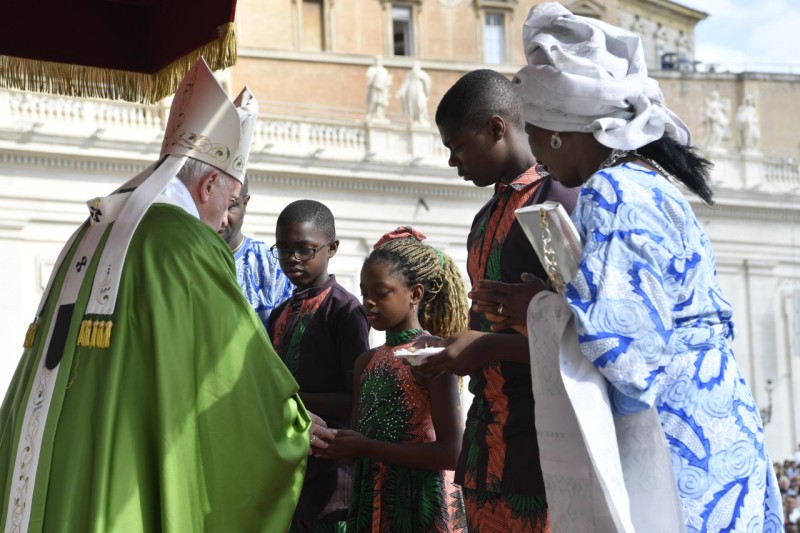 On September 29, 2019, in St. Peter's Square, Pope Francis celebrated Mass for World Day of Migrants and Refugees (Photo: Vatican Media)
Loving our neighbour means feeling compassion for the sufferings of our brothers and sisters, drawing close to them, touching their sores and sharing their stories, and thus manifesting concretely God’s tender love for them. This means being a neighbour to all those who are mistreated and abandoned on the streets of our world, soothing their wounds and bringing them to the nearest shelter, where their needs can be met. God gave this holy commandment to his people and sealed it with the blood of his Son Jesus, to be a source of blessing for all mankind. So that all together we can work to build the human family according to his original plan, revealed in Jesus Christ: all are brothers and sisters, all are sons and daughters of the same Father. Today we also need a mother. So we entrust to the maternal love of Mary, Our Lady of the Way, of so many painful journeys, all migrants and refugees, together with those who live on the peripheries of our world and those who have chosen to share their journey. Text courtesy of Libreria Editrice Vaticana (click here for original text)