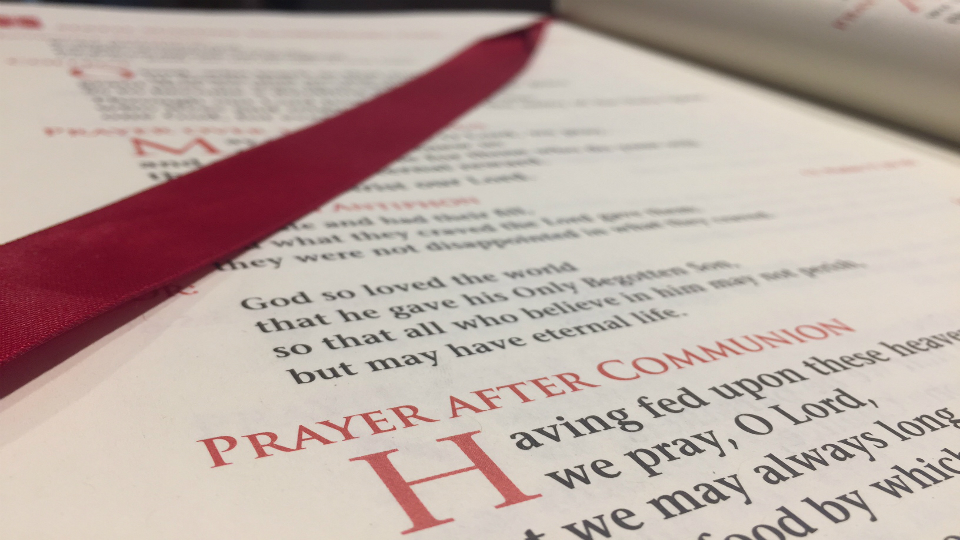 Catholics who remember the paradigm shift that took place at Vatican II often point to the transformation of the liturgy as its most concrete expression. That's understandable. As Catholics, the Mass is the most frequented celebration in the life of the community.  Even if you didn't follow the theological developments at the Council, you couldn't escape the changes in the Mass: use of the vernacular languages, the reorientation of the altar, etc. If those changes felt like an earth quake in the 60's and 70's, the new translation of the Roman Missal, which took effect during Advent 2011, was a late aftershock. In English, that translation brought into use terms like "consubstantial" and phrases such as "and with your Spirit". While there have been practical challenges to implementation, and many ordinary Catholics in good spirit have joked about the obscurity of some of the new language, the Missal was generally accepted. The 2011 Missal was the final product of a 10-year effort begun in 2001 when the Vatican announced it was time to review the principles of translation and put new norms in place, "in order that the translations of the Sacred Liturgy into the vernacular languages may stand secure as the authentic voice of the Church of God." That announcement also came with an instruction to Bishops and official language-based liturgical institutions to participate in the process: "The Presidents of the Conferences of Bishops and the Supreme Moderators of religious families and institutes equivalent in law are bound to present to the Congregation for Divine Worship and the Discipline of the Sacraments an integral plan regarding the liturgical books translated into the vernacular in their respective territories or institutes." The Bishops conferences and liturgical institutions (such as ICEL—the International Commission on English in the Liturgy) studied, developed and submitted their suggestions for the new Missal to the Vatican, as requested. But then a furious debate ensued. The Vatican (specifically the Congregation for Divine Worship and the Discipline of the Sacraments) was accused of making significant changes to the proposals submitted by the Bishops and the other consulted liturgical bodies without discussion or collaboration. The resulting 2011 Missal (which is now familiar to every church-going Catholic), is understood by some to be a Vatican creation more than a work of consensus between the Vatican and local churches. In late January 2017 it was reported that Pope Francis has created a commission to "review the review", that is, to re-evaluate the process by which the 2011 Missal came into being. It's widely known that Francis wants to empower local churches, especially Bishops conferences, to take responsibility for themselves—where possible—according to their particular culture and expressions of faith. The other side of that coin, as Francis has said, is promoting "a sound decentralization" of his Petrine office and those of the Vatican. "It is not advisable for the Pope," Francis says, "to take the place of local Bishops in the discernment of every issue which arises in their territory." Perhaps the use of the vernacular languages in the liturgy is one of those localized issues, according to Francis. The daunting task of re-evaluation was put in the hands of an Englishman, Archbishop Arthur Roche, Secretary of the Congregation for Divine Worship and the Discipline of the Sacraments (basically, he's number 2 in the department). He was appointed to the position by Pope Benedict in June of 2012, only seven months after the new Missal came into use. But from 2002-2012 he was chair of ICEL, and therefore probably the most informed figure in the entire process of updating the Roman Missal in English since 2001. Clearly Pope Francis' desire is for an informed and constructive discussion of what happened and why, with a view toward empowering local churches and promoting a sound decentralization at the Vatican. A couple of years ago, I had the chance to interview Archbishop Roche at Salt + Light. I broke it up into segments to feature on our program Connect5. There are three 5-minute interviews I'd like to draw your attention to: 1) "On the new Roman Missal", 2) "On the liturgy wars", and 3) "On why Francis is a great preacher". Taken together, you'll gain a good understanding of Archbishop Roche and his perspective on liturgical questions today. You'll also discover that the discussions about liturgy cannot be broken down according to two warring factions, between those who defend the new Missal at all costs versus those who oppose it. You'll see that while Archbishop Roche genuinely promotes the 2011 translation, with an equally genuine smile he describes Francis as "one of the greatest reformers of the church we've seen in a very long time."
Archbishop Arthur Roche on the new Roman Missal
Archbishop Arthur Roche on the liturgy wars
Archbishop Arthur Roche on why Pope Francis is a great preacher
Archbishop Arthur Roche - Witness (Aug. 2012)