Pope Benedict XVI's travel schedule for 2011 is quickly getting booked up after two Apostolic Journeys were announced within seven days. 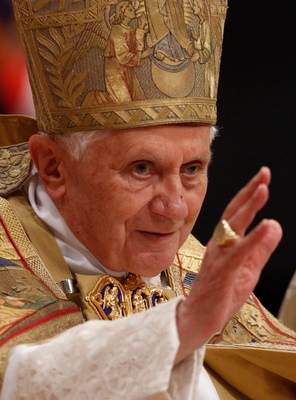 The Holy Father's participation in World Youth Day Madrid, in August, had been expected for sometime.  In fact back in July he became the first pilgrim to register. It was also announced some weeks ago that the Pope would be making his first visit to Croatia in June 2011. His two day trip will take him to that country's capital, Zagreb, where he will help to mark the National Day of Croatian Catholic Families. He'll also visit the tomb of Blessed Alojzije Stepinac. He was the Archbishop of Zagreb for 23 years and died a martyr at the hands of communists in 1960. Some ten days ago it was announced that the Holy Father would be returning to homeland in September of next year.  His third visit to Germany as Pope will take him to Berlin, Freiburg and Erfurt. In 2006 he visited Munich, Altoetting and Regensburg, and prior to that he was in Cologne for World Youth Day 2005. Just this past Friday it was announced that the Pope will be headed back to Africa, a continent he last visited in March 2009. He will travel to Benin for three days in November 2011. The visit will be to help mark the 150th anniversary of the evangelization of Benin. He will also present his post-synodal Apostolic Exhortation on the Synod of Bishops for Africa, held at the Vatican in October of last year. Keep tuned to Salt + Light Television as we will bring you live coverage of the visits in the coming year, as well as other important Masses or events that the Holy Father participates in. - CNS Photo/Paul Haring