Poland's Heart: From JPII to Francis 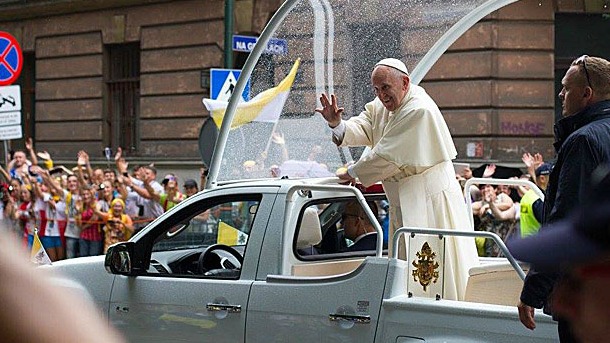 Story and Photos by James Ramos Maria offered us a place inside the bush. Suddenly, this sweet Polish lady moved so that we could find a place along the fence line to see Pope Francis in his Popemobile and we now found ourselves between a big green bush and a fence on Straszwskiego Street. Maria told us about how she had seen 'her pope,' St. John Paul II, several times. She'd tap her chest each time said his name. She told us about the different times she had seen him. She told us that they'd ring the Sigismund Bell to honor Pope Francis' visit. Then she told us that he's down the street. We looked down the street and sure enough, he was rolling down the street in his Popemobile.
I remember how she looked at me: "James, are you ready?" I just laughed and said, "YES!" She tapped my chest twice and leaned over and pointed. He rolled past, waving as I waved my ?#?PopeEmoji?fan back. Then he was gone. She gave us each a hug, and told me: "James -- journalist from Texas -- you are lucky, you are good." I'll remember that forever. We started back for the Arena (which we'd get locked out of eventually) and then we heard a bell toll. Then another. Then another. Then another. We remembered what Maria said about that bell. Then we saw an ambulance drive by, which is what we think we heard... Not the legendary bell. But we didn't care, let's pretend we heard it, OK? 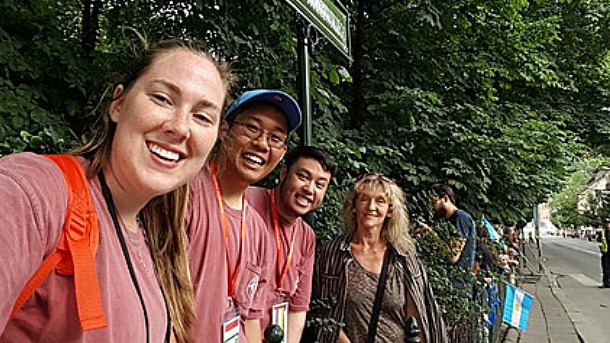 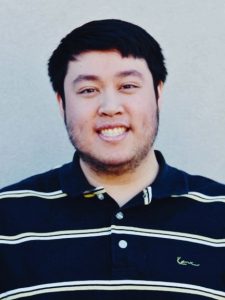 James Ramos is a storyteller and designer with the Texas Catholic Herald in Houston. Follow his #Krakow16 journey on Twitter, Instagram, and his blog. He’s also great at high fives, loves group selfies and is terrible at #PokemonGo.