“What is it like to be you in this place?”

That simple yet profound question can be asked of anyone: a coal miner, a CEO, a drug addict, an environmentalist, a tree, a flower, a mountain... In Appalachia, the answers to that question shape the story of a people and place that are in need of healing. The iconic Appalachian Mountains, rivers, and forests are being destroyed by extractive industries. Automation in the coal industry has left tens of thousands unemployed. People are sick from drinking poisoned water from mine runoff. Families are breaking down under stress, and many have turned to prescription and other drugs. Since 1970, the Catholic Committee of Appalachia (CCA) has been listening to these cries of the poor and of earth, and working to heal their wounds. Their hallmark: three prophetic pastoral letters published in 1975, 1995, and 2015, that tell the story of a land and people struggling for survival against a system of indifference and exploitation. The first two letters were released as official, authoritative messages from the Catholic Bishops on behalf of the people and land of Appalachia. The third pastoral was a different story. By 2015, the priorities of the Bishops had shifted, but CCA, witnessing the ongoing suffering of the powerless, took the initiative to write a “people’s pastoral”. It was a bold and prophetic step, to listen yet again to the cry of the poor and of earth, to bring the “periphery” into the center, and to create new paths forward toward justice, peace and wholeness in their communities and for creation.

To find out more about this brand new, original S+L documentary, visit the official webpage: saltandlighttv.org/magisterium/ 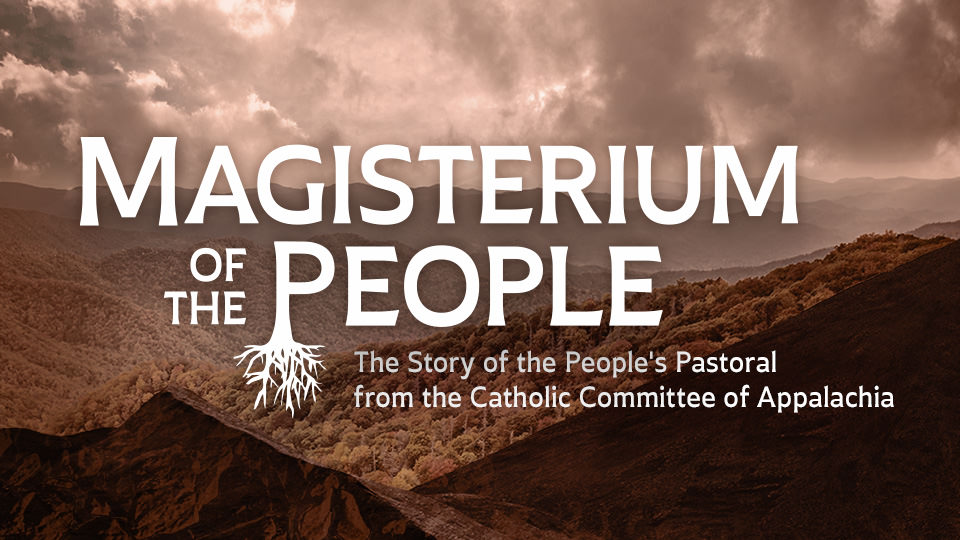