Ignatius of Loyola - A Conversion for the World 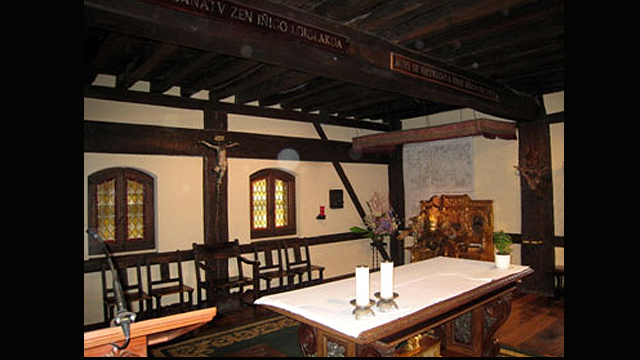 *Note: This post was originally published on July 31, 2012.
One of the most spiritually touching moments I had in my life was last year during my work for the national committee of World Youth Day Madrid. I had the opportunity to visit Loyola, the town where today’s saint (St. Ignatius of Loyola) is from.
Why was this trip spiritually touching? Not just because of the company – I went with two Canadian volunteers and an American priest – but also because of what you feel once you set  foot on that land. You feel like there is a straight line between heaven and earth. You feel touched by a peace that is difficult to find in other places.
We departed from Madrid on a sweltering summer afternoon and drove to the Basque country, specifically to Azpeitia, which is the name for Loyola in Euskara, the Basque language. When we arrived, I felt immediately touched by a peace that is difficult to describe. As time passed, that peace helped me open my heart and let God get in.
The next morning, I found myself going up the stairs to the famous Conversion Chapel. I couldn’t imagine how special that moment could be. Ignatius’ conversion is a unique episode. During the Battle of Pamplona, he was hit in the leg with a canon ball. After the leg healed, he thought his leg didn’t look good and decided to undergo corrective surgery. That recovery was longer than the first one. During this process of recovery, he asked for chivalric romances (stories of knights) to read, but there were no such books in the house, only a copy of The Life of Christ and some biographies of saints. He decided to read these because he thought it would help him to conquer the ladies of the court. Instead, Ignatius realized how empty he was and how his bohemian life didn’t bring him peace. In that same room where he had his conversion, I could feel how special and how big was the work God started there.
In that Conversion Chapel God planted the seeds of the Society of Jesus which played a major role in the Christianization of the American continent. That reminded me how sometimes God chooses a not-so-perfect seed to make good things come from it.
On that green land lost between mountains of the north of Spain, Ignatius, a son of Loyola, started a beautiful work of God. His conversion led to the conversion of a large part of the world. After that day in the chapel, the sense that God uses not the perfect but the ones he knows can do the work accompanies me.
As Ignatius discovered God in his life in that room, I discovered where the message of St. Ignatius of Loyola fit on my life. On this 31st of July when the church celebrates his feast, I say: St. Ignatius, pray for us.