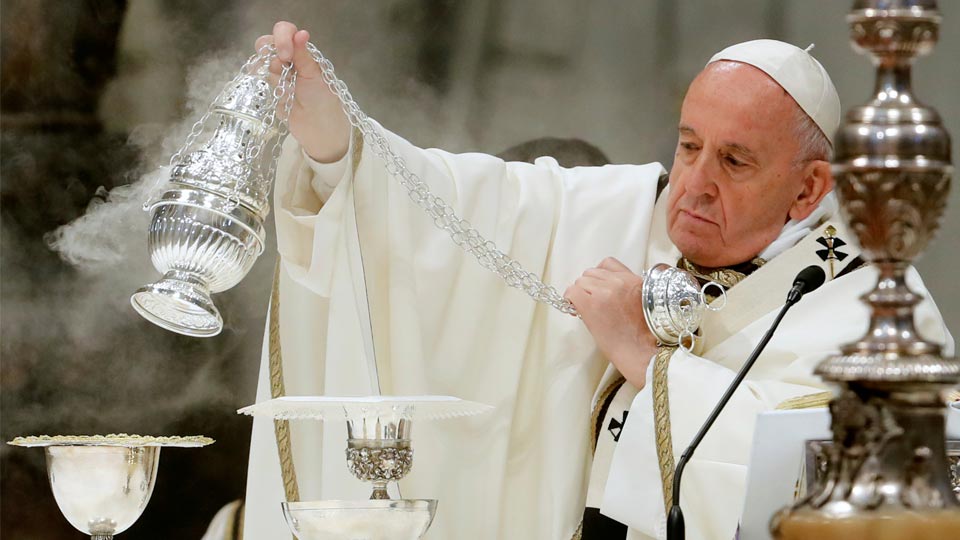 Pope Francis on April 18 led the Holy Thursday Chrism Mass in Rome’s St. Peter’s Basilica in commemoration of the institution of the Holy Eucharist as well as the priesthood by Jesus at the Last Supper.