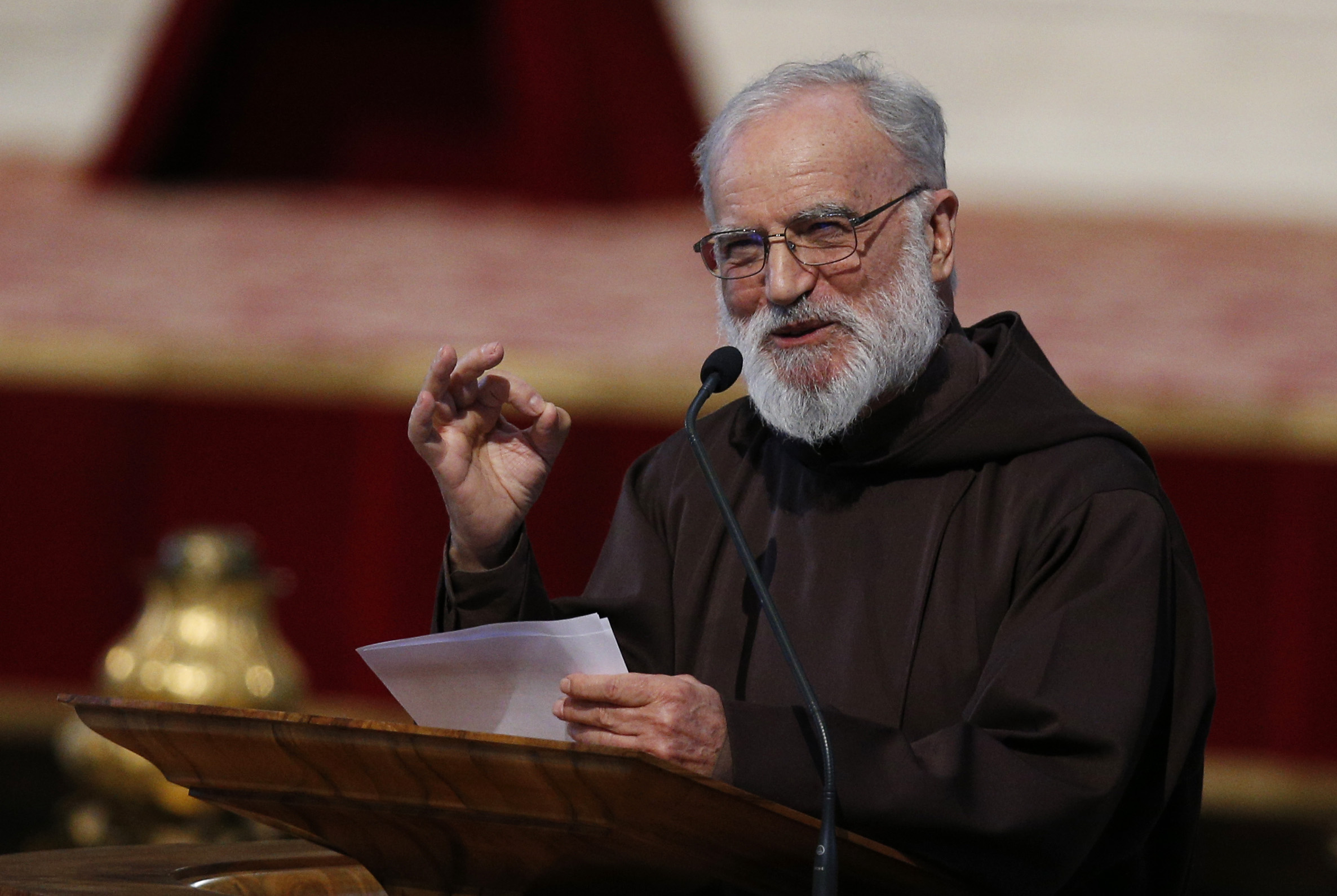 Homily of Fr. Raniero Cantalamessa, OFM, Cap. Preacher of the Papal Household, at Good Friday Serivice for the Passion of the Lord in St. Peter’s Basilica.

We have just heard the account of Jesus’ trial before Pilate. There is one point in particular in that account on which we need to pause.
Then Pilate took Jesus and scourged him. And the soldiers plaited a crown of thorns, and put it on his head, and clothed him in a purple robe; they came up to him, saying, “Hail King of the Jews!” and struck him with their hands. . . . So Jesus came out, wearing the crown of thorns and the purple robe. Pilate said to them, “Here is the man!” [Ecce Homo!] (Jn 19:1-3, 5)
Among the innumerable paintings that have the Ecce Homo as their subject, there is one that has always impressed me. It is by the sixteenth-century Flemish painter, Jan Mostaert. Let me try to describe it. It will help imprint the episode better in our minds, since the artist only transcribes faithfully in paint the facts of the gospel account, especially that of Mark (see Mk 15:16-20).
Jesus has a crown of thorns on his head. A sheaf of thorny branches found in the courtyard, perhaps to light a fire, furnished the soldiers an opportunity for this parody of his royalty. Drops of blood run down his face. His mouth is half open, like someone who is having trouble breathing. On his shoulders there is heavy and worn-out mantle, more similar to tinplate than to cloth. His shoulders have cuts from recent blows during his flogging. His wrists are bound together by a coarse rope looped around twice. They have put a reed in one of his hands as a kind of scepter and a bundle of branches in the other, symbols mocking his royalty. Jesus cannot move even a finger; this is a man reduced to total powerlessness, the prototype of all the people in history with their hands bound.
Meditating on the passion, the philosopher Blaise Pascal wrote these words one day: “Christ will be in agony until the end of the world; we must not sleep during this time.”There is a sense in which these words apply to the person of Christ himself, that is, to the  head of the mystical body, and not just to its members. Not despite being risen and alive now but precisely because he is risen and alive. But let us leave aside this meaning that is too enigmatic and talk instead about the most obvious meaning of these words. Jesus is in agony until the end of the world in every man or woman who is subjected to his same torments. “You did it to me!” (Matt 25:40). He said these words not only about believers in him; he also said it about every man or woman who is hungry, naked, mistreated, or incarcerated.
For once let us not think about social evils collectively: hunger, poverty, injustice, the exploitation of the weak. These evils are spoken about often (even if it is never enough), but there is the risk that they become abstractions—categories rather than persons. Let us think instead of the suffering of individuals, people with names and specific identities; of the tortures that are decided upon in cold blood and voluntarily inflicted at this very moment by human beings on other human beings, even on babies. 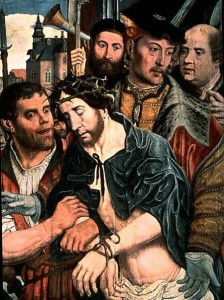 How many instances of “Ecce homo” (“Behold the man!”) there are in the world! How many prisoners who find themselves in the same situation as Jesus in Pilate’s praetorium: alone, hand-cuffed, tortured, at the mercy of rough soldiers full of hate who engage in every kind of physical and psychological cruelty and who enjoy watching people suffer. “We must not sleep; we must not leave them alone!”
The exclamation “Ecce homo!”  applies not only to victims but also to the torturers. It means, “Behold what man is capable of!” With fear and trembling, let us also say, “Behold what we human beings are capable of!” How far we are from the unstoppable march forward, from the homo sapiens sapiens (the enlightened modern human being), from the kind of man who, according to someone, was to be born from the death of God and replace him!
Christians are of course not the only victims of homicidal violence in the world, but we cannot ignore the fact that in many countries they are the most frequently intended victims.  Jesus said to his disciples one day, “The hour is coming when whoever kills you will think he is offering service to God” (Jn 16:2). Perhaps never before have these words found such  precise fulfillment as they do today.
A third-century bishop, Dionysius of Alexandria, has left us a testimony of an Easter celebrated by Christians during the fierce persecutions by the Roman emperor Decius:
First we were set on and surrounded by persecutors and murderers, yet we were the only ones to keep festival even then. Every spot where we were attacked became for us a place for celebrations whether field, desert, ship, inn, or prison. The most brilliant festival of all was kept by the fulfilled martyrs, who were feasted in heaven.
This is the way Easter will be for many Christians this year, 2015 after Christ.
There was someone who, in the secular press, had the courage to denounce the disturbing indifference of world institutions and public opinion in the face of all this killing of Christians, recalling what such indifference has sometimes brought about in the past. All of us and all our institutions in the West risk being Pilates who wash our hands.
However, we are not allowed to make any denunciations today. We would be betraying the mystery we are celebrating. Jesus died, crying out, “Father, forgive them; for they know not what they do” (Lk 23:34). This prayer was not simply murmured under his breath; it was cried out so that people could hear it well. Neither is it even a prayer; it is a peremptory request made with the authority that comes from being the Son: ”Father, forgive them!” And since he himself had said that the Father heard all his prayers (see Jn 11:42), we have to believe that he heard this last prayer from the cross and consequently that the crucifiers of Christ were then forgiven by God (not of course without in some way being repentant) and are with him in paradise, to testify for all eternity to what extremes the love of God is capable of going.
Ignorance, per se, existed exclusively among the soldiers. But Jesus’ prayer is not limited to them. The divine grandeur of his forgiveness consists in the fact that it was also offered to his most relentless enemies. The excuse of ignorance is brought forward precisely for them. Even though they acted with cunning and malice, in reality they did not know what they were doing; they did not think they were nailing to the cross a man who was actually the Messiah and the Son of God! Instead of accusing his adversaries, or of forgiving them and entrusting the task of vengeance to his heavenly Father, he defended them. 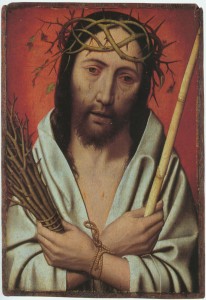