Oscar Romero and the legacy of Hope 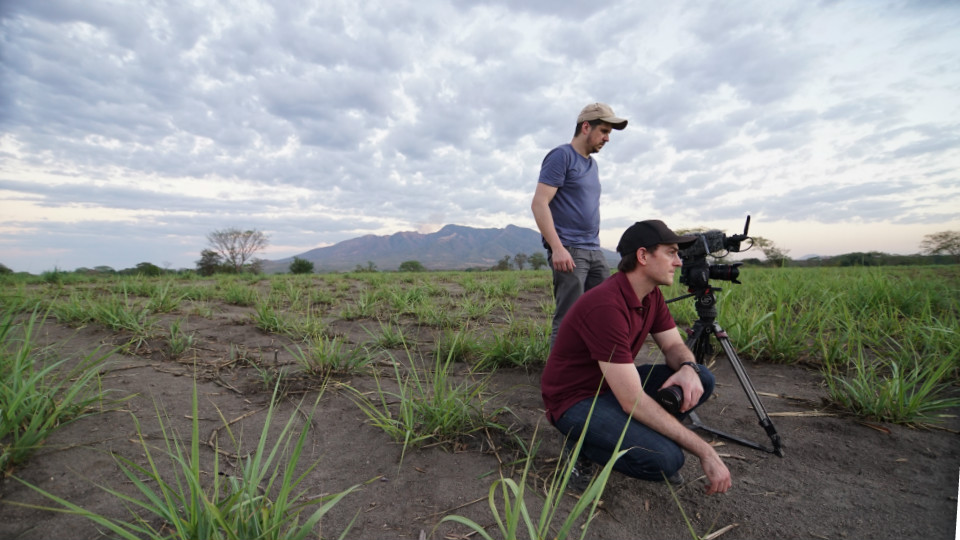 (S+L Photo: TFI Director Sebastian Gomes and Cinematographer Peter Turek film in Aguilares, El Salvador on Feb 27, 2018) The crew of "The Francis Impact" traveled to El Salvador from February 20 to March 2 to film a story about the country's 2017 metal mining ban. It was a major environmental victory which the Church participated in. For our crew, the visit was a profound experience that will never be forgotten... Last summer, when I began research for our upcoming documentary “The Francis Impact,” I told our team that our journey would take us to Latin America. I was looking for stories of where Francis’ impact had been felt around world, but I knew there was simply no credible way to make this film without telling a story from the great continent from which he came, and from the people who really understand the ecclesial vision he is implementing for the universal church. That’s what makes Francis’ impact in Latin America so compelling. The people there understand deeply where he is leading us, because they understand where he came from. Francis has visited eight Latin American countries since becoming pope in 2013. Wherever he goes, individual and societal impacts are felt, and each of these eight Latin American countries was on the table as I discerned this segment of the project. But it was a place Francis hadn’t visited that caught my attention. An important event, a celebration, took place in May 2015 that symbolized for me the impact of Pope Francis the Argentinian, the Latin American across that continent: the beatification of the iconic pastor from El Salvador, Archbishop Oscar Romero, who was gunned down by a government hitman at the altar while celebrating Mass in 1980. 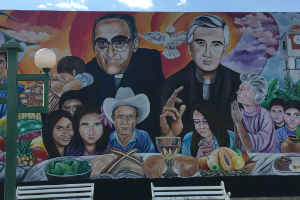 Romero has been the subject of much debate in the Catholic Church since his death. The people of El Salvador have long considered him a martyr and a saint, but the process throughout the 80s, 90s and 00s was sluggish, as some church authorities (in the Vatican and in El Salvador) felt Romero’s death was too political. In fact, it was. It was the beginning of El Salvador’s civil war in the late 1970s when the Archbishop became a thorn in the side of the right-wing military dictatorship. That government, with unconditional political and military support from the United States, was sowing fear in the hearts of the Salvadoran people, by threats, assassinations and “disappearing” anyone they considered “subversive” to their ideologically capitalist vision for the country. In 1977, Romero’s good friend Jesuit Fr. Rutilio Grande fell victim to the regime’s violent persecution. He was a “pastor with the smell of his sheep,” as Pope Francis would say; a priest who empowered poor farm workers to organize and stand up for their basic human rights. He was killed by a government death squad while driving to a small town north of San Salvador to celebrate Mass with the local community. With him were an elderly sacristan and a sixteen-year-old boy, who were also killed. “Leave no witnesses,” was the recurring order to the military death squads at that time. The death of Fr. Grande affected Archbishop Romero deeply. It was one of the events that inspired Romero to speak out more forcefully against the government's violent oppression of its people. Three years later, on the eve of his own assassination, Romero preached at the Basilica Sagrado Corazon in San Salvador:

“I would like to appeal in a special way to the army’s enlisted men, and in particular to the ranks of the Guardia Nacional and the police—those in the barracks. Brothers: you are of part of our own people. You kill your own campesino brothers and sisters. Before an order to kill that a man may give, God’s law must prevail: Thou shalt not kill! No soldier is obliged to obey an order against the law of God. No one has to fulfill an immoral law. It is time to take back your consciences and to obey your consciences rather than the orders of sin. The Church, defender of the rights of God, of the law of God, of human dignity, of the person, cannot remain silent before such abominations. We want the government to understand seriously that reforms are worth nothing if they are stained with so much blood. In the name of God, and in the name of this suffering people, whose laments rise to heaven each day more tumultuous, I beg you, I beseech you, I order you in the name of God: Stop the repression!”

Those words would come to symbolize Romero’s courageous stand against the government, and the rationale for his execution the following day. El Salvador suffered bitterly during the 1979-92 civil war. A quarter century later, the psychological effects are still present in the Salvadoran people. To many, the necessary processes of reconciliation, truth-telling, and justice for the victims have not taken place. Still, the people of El Salvador embody a simple, generous and persevering spirit; amazing qualities considering their collective history. Today, El Salvador faces new and daunting challenges, including environmental degradation and a water crisis. But the people have responded courageously. In 2017 El Salvador unanimously passed a legislative bill banning all metal mining from the country. They were the first country in the world to do so. And it was this issue that brought the TFI crew to El Salvador last week. The church, for her part, played a remarkable and unique role in that struggle, which dates back to the early 2000s. As our film will show, Pope Francis’ 2015 encyclical “Laudato Si: On Care For Our Common Home” gave the Church—and non-Catholic activists—a moral foundation on which they stood together, united, as transnational mining corporations (many of which are Canadian) sought to quash the movement at every turn. 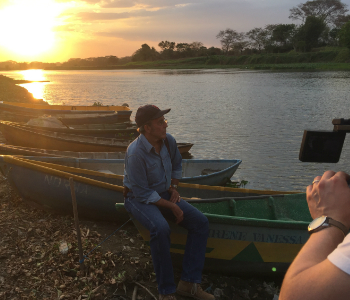 Archbishop Romero was not an environmental activist. He was a pastor. He preached the Gospel. It was his encounters with the people: the poor, the marginalized, the oppressed, that clarified for him the manner in which the Gospel had to be preached. For him, the Gospel was not an abstract idea, but the perennial truth of God incarnated in the real lives and struggles of his people. As Pope Francis says, “realities are greater than ideas.” It is for this reason the people of El Salvador continue to honor and uphold the witness of Archbishop Romero. From him they draw inspiration and hope amidst the challenges of today. In a sense, we could not tell the story of the metal mining ban without telling the story of Romero. He embodies the best of what the Latin American church offers to the universal church and to the world: “In difficult times, Archbishop Romero guided, defended and protected his flock, remaining loyal to the Gospel, in communion with the church,” said Pope Francis on the occasion of Romero’s beatification in 2015. Through death, Romero has given new life to the people of El Salvador. It is a story of crucifixion and resurrection. That the church now recognizes Romero as “blessed” has confirmed the faith of the Salvadoran people, and further empowered them in their ongoing struggle for dignity, justice and liberation. A struggle that today extends to the preservation of their fragile natural environment. We cannot say it is because of Pope Francis that Archbishop Romero is on the path to sainthood. Likewise, we cannot say it is because of Pope Francis that El Salvador accomplished such a major legislative victory as the 2017 metal mining ban. Such is not the logic of faith. But, “With the eyes of faith, we can see the light which the Holy Spirit always radiates in the midst of darkness, never forgetting that “where sin increased, grace has abounded all the more” (Rom 5:20).” (Evangelii Gaudium, 84) As we journeyed across El Salvador last week, we heard many despairing stories and statistics. The environmental crisis is very real there, it is happening now. But what touched me most, and what I will never forget, is the hope radiating from the eyes and hearts of the activists and church leaders we met; individuals and communities who have been living the legacy of Archbishop Romero and who find consolation in the ministry of Pope Francis. “All it takes is one good person to restore hope!” (Laudato Si, 71) It is my hope that this story and our film, to be released later this year, can inspire that same hope throughout the church and the world.