Francesco Spinelli: Champion of the poor and marginalized 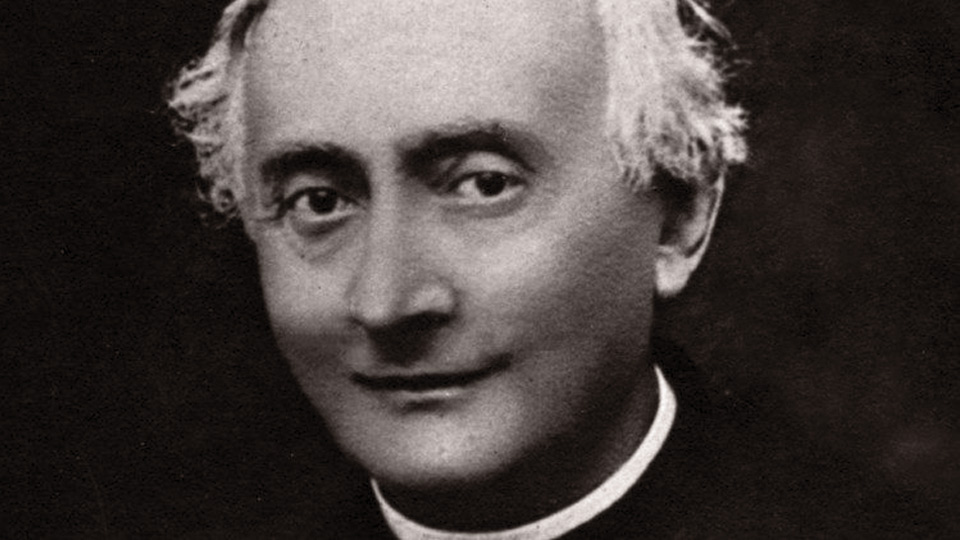 • Diocesan priest for the Diocese of Cremona • Founder of the Institute of the Sister Adorers of the Blessed Sacrament • Feast Day: February 6 • April 14, 1853 – February 6, 1913

Though born in Milan on April 14, 1853, Francesco Spinelli moved to Cremona, Italy, when he was still a child. As a young boy, he would go with his mother to visit and help the poor and sick in his city. His call to the priesthood was nurtured by both his mother and an uncle who was a priest. After studying for several years in Bergamo, he was ordained on August 14, 1875, to be a priest of that diocese. Later that year, Fr. Francesco was in Rome to celebrate the Jubilee convoked by Pope Pius IX and went to the Basilica of St. Mary Major. While there, he knelt before the crib of the Child Jesus, prayed, and envisioned a group of young women who would adore Jesus in the Blessed Sacrament. This moment inspired him to begin a new order, and in 1882, he worked with Saint Geltrude Comensoli to realize this vision, working together to found the Sacramentine Sisters of Bergamo.

After a promising start, resistance and plots against him forced Fr. Francesco to leave the Diocese of Bergamo in 1889, abandoning the new order as well. He arrived in Rivolta d'Adda dejected and without money, but the diocesan bishop of Cremona offered him the chance to exercise his pastoral duties there. In 1892, Fr. Francesco founded the Sister Adorers of the Blessed Sacrament, a congregation that would receive official diocesan approval in 1897. In Cremona, the Sisters continued their adoration of Christ in the Eucharist while also focusing on their work of caring for the poor. This work was inspired by Spinelli himself, who having known the difficulties of being marginalized, was compelled by his love of the Eucharist to meet the needs of those who were suffering in the same way. Fr. Francesco died of natural causes in Rivolta d’Adda on February 6, 1913, but the Sisters continue the work that he helped to begin. They now have many houses around the world, including in countries like Argentina and Senegal. Though he did not live to see it, Spinelli would have found great joy in knowing that his congregation received full pontifical approval from Pope Pius XI in 1932. Then in 1958, Cardinal Angelo Roncalli, who would become Pope John XXIII, visited Spinelli’s tomb. In his journal, he wrote:

“Arrived in Rivolta d'Adda where I admired the general house of the Sisters Adorers founded by Venerable Francesco Spinelli at whose tomb I was glad to pray.”

This delight would be continued by another Holy Father when Fr. Francesco was beatified on June 21, 1992, by Pope John Paul II. As a man who constantly looked to Jesus as the source and model of his priestly life, Fr. Francesco Spinelli left behind a reputation of holiness and provided a truly prayerful example for the Sister Adorers of the Blessed Sacrament and all those he met. Like Christ, he did all he could to serve the unhappy, the marginalized, and the rejected wherever there was need, and that work continues to this day.