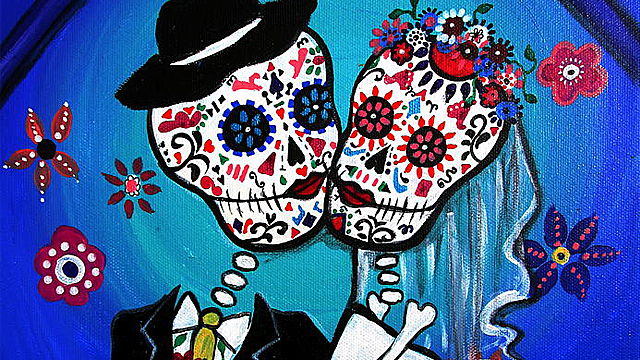 As the token Mexican American in our little office community, I feel it is my responsibility to share with my colleagues (and our audience) more about a culture that they may not be too familiar with.
So, what culture are we talking about? La cultura Mexicana. I’ve always joked that this time of the year, especially as we transition into November and the Winter months, has to be one of the best times to be Mexican. And, as we go along, you’ll learn a little bit more why. But to start off, let’s look at some festivities that are set to begin soon.
Halloween is just a few days away and I know many people are a bit hesitant to celebrate Halloween or perhaps flat out refuse to celebrate this so-called ‘pagan’ holiday. But the days following that, Catholics all around the world celebrate All Saints Day and All Souls Day (All Saints Day being a Holy day of Obligation, unless you live in Canada.) I won’t get into too much detail about this trio of days (for more in-depth look at them, check out my colleagues’ blog posts: Halloween, All Saints Day and All Souls Day. Heck, I’ll even give you another Halloween read.) Instead, I want to talk about how our neighbors way down south celebrate this triduum a little bit differently. We call it - El Dia de Los Muertos.
First, I think it’s important to stress that for Mexico and its people, we aren’t afraid of death or dying. It isn’t ‘taboo’ or scary to think about. If anything, it is a time to celebrate the people who have passed and the life they led, which lines up very nicely with Catholicism’s view of death. Mexico is primarily a Catholic Christian nation and over the centuries we have incorporated Catholicism and its traditions to the traditions of the various regions of Mexico. Also, Mexicans really like to party. Celebrate all the things!
On the evening of Halloween, while most children are out in their scary costumes going door to door asking for candy, hoping they don’t knock on the dentist’s door (cause everyone knows they only give out apples!) the people of Mexico are preparing for special guests. Legend goes that at midnight on October 31st (so November 1st), the gates of heaven are opened wide and the spirits of all the Angelitos (little angel children) descend upon the earth to enjoy the next 24 hours with their families. To some, it might seem bit morbid and heartbreaking, reliving the fact that the children of the family are dead and gone. But, as mentioned above, it is just another opportunity to celebrate the short lives of the children that, without a doubt, touched so many lives while on earth!
Traditionally, families and loved ones create an altar or shrine for the deceased person and decorate it with photos and memories of all the good times that were had with the person.
And, the legend continues, the following day, November 2, the spirits of all the adults come on down and get to have a go at the celebrations! Except that today, the fiesta relocates to the cemetery and to the actual tombs of the people who have died. Again, sounds a bit creepy, but if the whole town is at the cemetery all day, singing, dancing, eating and drinking to the lives of their dearly beloveds, there is no need to fear!
The altars and shrines are also transported to the cemetery. Traditionally, the children’s tombs get toys and candy (because kids) and the adult's tombs get all the delicious Mexican food and desserts, such as pan de muerto (I guess you would call it bread of the dead). And no Mexican fiesta would be complete without a little bit of Mezcal tequila (for the adult spirits of course, pun intended!)
Perhaps the most well-known symbol of the Dia de Los Muertos are the Calaveras (sugar skulls), usually depicted joyfully with bright colors. These Calaveras are illustrated as people participating in normal, everyday activities such as participants in weddings, as musicians, dancers etc. And, you won’t just see the Calaveras on images and sugar skulls. The Mexican people embody the Calaveras and both men and women will dress up in traditional mexican clothing and paint their faces as Calaveras. It really is a fun and colorful celebration of the dead. The dead are never really gone. They are part of our lives and we continue to pray to them, love them and remember them always.
Death shouldn’t be feared. And in celebrating El Dia de Los Muertos in this way, we’re recognizing death, celebrating it and mocking it! Death isn’t the end - it’s only the beginning. Christ Jesus has conquered death! He has claimed us as His own and we all await the day when we’ll be reunited with Him in heaven! Why not be reminded of that beautiful truth once a year?
If you want to learn a bit more about El Dia de Los Muertos, I recommend watching The Book of Life, a great animated film that tells the story of three amigos and their adventures that revolve around El Dia de Los Muertos. It’s a fun, family film that could paint a better (and more humorous) picture of the beautiful, joyful and colorful celebration that El Dia de Los Muertos is to all Mexicans. It was beautifully made and is well worth the watch.  Check out the trailer below:
There is no need to be fearful of death. It’s only the next great adventure. 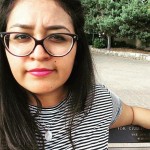