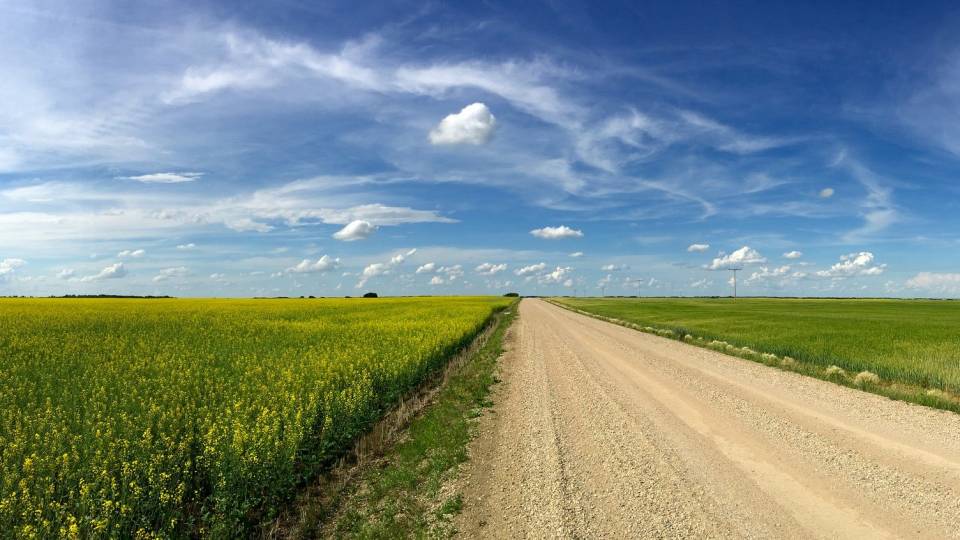 Photo of rural Saskatchewan, by Peacenik on Pixabay
I don’t know how liturgically versed you are, but if you are at Mass every Sunday, I think it's hard not to be aware of the liturgical seasons.

If you’re not liturgically well-versed you’re probably asking yourself, “what are liturgical seasons?”

I grew up in Panama, very close to the equator. I did not grow up with “seasons”. We had the “rainy” and the “dry” season. Our trees had leaves all year round (although they do lose their leaves); we had fresh vegetables and fruits all year round. But I knew that, for example, mangoes were abundant from March to June. I guess that was the “mango season”. But our days in Panama are remarkably the same whether it’s January or July. The sunrises and sunsets are pretty much at the same time all year round; the temperature is usually about the same all year round.

It’s hard to have a sense of seasons when everything is so… ordinary.

I have a much better sense of seasons now that I live in Canada. In the Church we have what we call “liturgical seasons”. They mark the highs and lows in the liturgical (or Church) year; that is the calendar that determines feast days, Scripture readings, and other moments throughout the year. Our years are divided into seasons based on weather, temperature, amount of daylight, and where the Earth and moon are in relation to each other and the sun. In the same way, our liturgical life – how we live our faith in worship – is also divided into seasons. I’m sure you’ve all heard of Advent, Christmas, Lent, and Easter. These are the four “high” seasons of the Church. I don’t think I need to explain them to you.

The rest of the time, the Church observes what we call Ordinary Time.

Ordinary Time happens in two moments: once after the Christmas Season before the beginning of Lent, and then after the Easter Season before the beginning of Advent. Singer/songwriter Steve Bell* describes Ordinary Time as driving from Winnipeg to Calgary. I have had the chance to drive across Canada twice, and I completely agree with Steve Bell’s description. Going through Quebec and Ontario is full of twists and turns; there are lakes, forests, and the Canadian Shield. Once you cross into Alberta going westbound, you have some of the most beautiful mountains and lakes I’ve ever seen. Going through Ontario and Quebec and then through Alberta and British Columbia are definitely the highs and lows of driving across Canada. I’ve also driven through New Brunswick and Nova Scotia and up in the Yukon. Definitely not ordinary! But (with deep apologies to our readers in Saskatchewan), once you drive past Winnipeg, it’s all very similar. There are almost no twists and turns; no hills or valleys; no lakes: Just miles and miles of flat plains. We may think that Ordinary Time is called “ordinary” because it is boring or dull. But, just as I would not say that driving across Saskatchewan is boring (because it isn’t), Ordinary Time is also not dull.

But it is harder to pay attention to the highs and lows when the daily living is routine.

Ordinary Time is not called ordinary because it is normal or repetitive with no distinctive features. The word “ordinary” comes from the same root, “ordo” from which we get the words “ordinal” (as in numbers) and “order”. Ordinary Time is ordinary because it is ordered. (In fact, the liturgical guide for priests to know what day it is and what readings and prayers to use for Mass is call the Ordo.) I remember someone once telling me about the canonization of John Neumann (1811 – 1860), bishop of Philadelphia. Apparently as his biography was read during the canonization Mass, they said that he “lived the mundaneness of ordinary life with faith, constancy, and joy.” I have looked for that quote everywhere and cannot find it, but true or not, I like it.

We should all live the mundaneness of our ordinary lives in the same way.

It's easier to be extra charitable, to be joyful and prayerful during Advent, Christmas, Lent, and Easter. It's not so easy during Ordinary Time. I tell couples that are getting married that it's in the ordinary moments that their marriage vows really count. It's in the daily drudgery, in the midst of the midnight feedings and the loads of laundry, in the midst of daily dinner-making and grocery shopping, in the picking up and dropping off of kids, in the rushing to work and back home in the evening - then off to soccer or ballet - that's when it counts because that's when it's harder to be constant in faith and joy. It’s in the daily routine when we can fall into meaninglessness. At the same time, it is in the daily routine, in the ordered daily habits where we can find time to enter deeper into our spiritual awareness. These are days when we are not distracted by feasting or fasting and so we are able to process those moments of feasting and fasting that we just lived in the previous season. There are 33 or 34 Sundays in Ordinary Time, depending on the year. This Sunday is the 14th Sunday in Ordinary Time, but Ordinary Time is not ordinary at all: it is full of feasts and solemnities to keep us moving along. Steve Bell explains that after a dozen or so times driving from Winnipeg to Calgary they began to notice things they had not noticed before: that extra tall grain silo, that red house, that tree by the side of the road.

Ordinary Time allows us to notice the extraordinary moments in our daily lives.

It’s funny because as we get into a liturgical routine here in the Northern Hemisphere, we enter the summer season, which for many people is not routine at all. Still, as we journey through these summer months and you begin to feel that liturgically and spiritually it's all routine, here are some saint days, feasts and solemnities to look forward to:

May your Ordinary Time not be ordinary at all. *For more on liturgical seasons, you may want to get Steve Bell's book series, Pilgrim Year, published by Novalis. You may also be interested in hearing my conversation with Steve Bell on the December 7, 2018, edition of the SLHour.