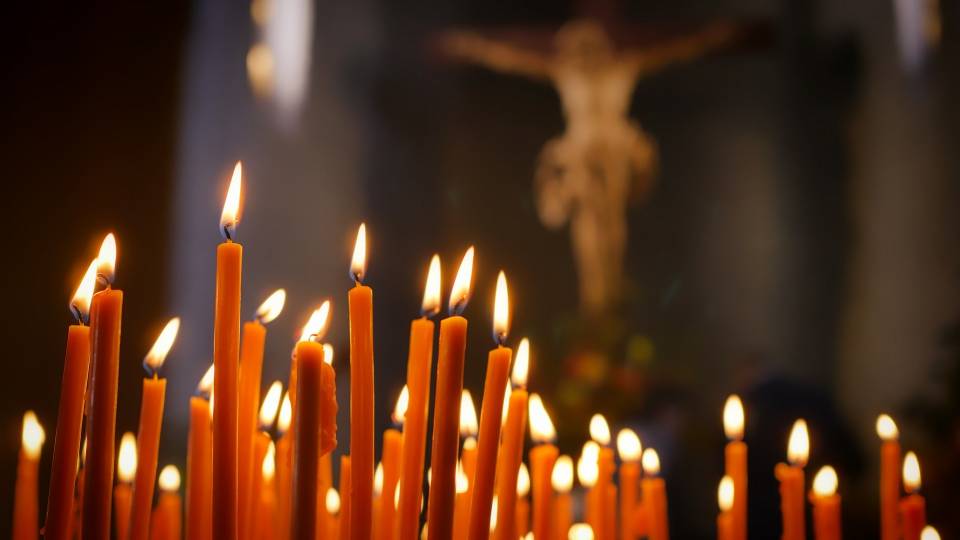 Image by Albrecht Fietz from Pixabay
My paternal grandfather was born on February 2, 1884. He was called Candelario. Growing up we didn’t think much of it. I never met him; he died when my dad was a little boy. But my uncle was also Candelario. As an adult, I came to learn about the devotion to la candelaria, which is a Marian invocation, also known as the Virgin of Candelaria, which originates from Tenerife, one of the Canary Islands. Her feast day is February 2nd, which is also the Feast of the Presentation of Our Lord. It was very common for people born on that day to be given the name Candelario, if a boy, or Candelaria for girls. The word comes from the word candela which means candle or flame, and it refers to the holy light that guides our path.

What’s the connection with the Feast of the Presentation?

It has to do with the references to light in the Gospel of the day:

“Now, Master, you may let your servant go in peace, according to your word, for my eyes have seen your salvation, which you prepared in the sight of all the peoples: a light for revelation to the Gentiles, and glory for your people Israel.” (Luke 2:29-32)

Those are the words of Simeon after he meets the newborn Messiah when Mary and Joseph bring him to Jerusalem to present him to the Lord at the Temple. Mary and Joseph were fulfilling the law as given to Moses in Exodus 13:1-16:

I like the idea of consecrating your first-born male to the Lord.

Simeon recognized the baby as the Salvation that was promised. This baby was to be a light for revelation to the Gentiles and glory for Israel. Because of Simeon’s words to Mary that “you yourself a sword will pierce” (Luke 2:35), the feast developed a Marian character and is sometimes even called the Feast of the Purification of Mary. This is also evoked with the first words of the passage, “When the days were completed for their purification, according to the law of Moses” (Luke 2:22). After giving birth, women were considered unclean for 40 days. After those 40 days, she could go and present her son to the Temple and, while at the Temple, be ritually purified herself (see Leviticus 12:2-8). This is why the feast is on February 2, forty days after December 25. But Mary did not need to be ritually purified – yet the words of Simeon to her are an affirmation of her Fiat from a year before.

It is because of this Marian dimension that the devotion to the Candelaria came to be.

Around the year 1400, an image of the Virgin Mary representing this invocation was found near the shore by two shepherds on the Island of Tenerife. This is how the devotion to Our Lady of La Candelaria began in Spain. The feast is referred to in English as Candlemas and, in some places, the Festival of Light.  Christ is the Light of the world. Presented by his mother at the Temple, he comes to illuminate the world. I’ve written before about how this event is part of the “Theophanies”. These are three specific manifestations: The Nativity and the Epiphany to the Wise Men; the Presentation at the Temple; and the Wedding at Cana. It is common on this feast for the liturgy to include the blessing of candles. People will bring all the candles that they will use during the year. In some places, especially when the feast lands on a Sunday (as in this year), some parishes will have candle processions. I suspect that many parishes this year will be offering a blessing of candles. Take some to have them blessed. It is no coincidence that Christmas and Candlemas in the northern hemisphere take place during the darkest time of the year. Christmas is pretty close to the shortest day of the year, and Candlemas takes place pretty much halfway between the winter solstice and the spring equinox. And so, there is a connection between Candlemas and the prediction of the end of winter – yes, Groundhog Day. I came across this cute old English poem that precedes the observance of Groundhog Day:

“If Candlemas be fair and bright, Come winter, have another flight. If Candlemas bring clouds and rain, Go winter, and come not again.”

I was struck by how all the readings from these days have been about light. Yesterday we heard that “a people who walked in darkness have seen a great light"  (Isaiah 9:2 and Matthew 4:16). This makes sense.

In a way, that is the message of the Gospel.

That’s what I think about every time I think of this man, whom I never met, but who was my grandfather, Candelario. And in a way that has always been our mission here at Salt + Light Media: we bring light to a world through our programs of hope. We bring flavour to a world that so often has become quite bland. There is much darkness in the world – I don’t have to convince you of that – but the darkness is not the final word. The final Word is Jesus Christ, the Light of the world. This Sunday, February 2nd, let’s make a special commitment to be light in the darkness, to reflect the Light of Christ to others – and when you get home after Mass, light a candle that has been newly blessed, for your "eyes have seen Salvation, a light for revelation and glory to all"!

Categories:
Deacon-structing
Tags:
Candelaria
Candlemas
Feast of the Presentation of the Lord
Presentation of Jesus in the Temple
Purification of Mary