+Chaput: “Pope Francis is never going to be tamed, nor should he be” 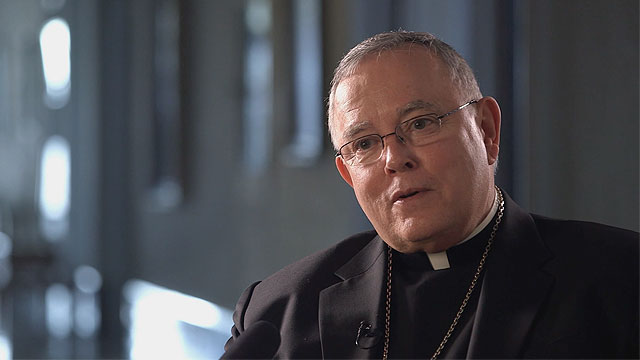 Point of View: Interpreting the Francis Effect is a S+L series that goes deeper into the important questions surrounding the person and pontificate of Pope Francis.  The series consists of a selection of the full interviews from S+L’s original documentary The Francis Effect. This week: Archbishop Charles Chaput, OFM Cap. If you have never heard of Archbishop Charles Chaput, that is about to change. The former archbishop of Denver and current archbishop of Philadelphia is hosting the upcoming World Meeting of Families and the first visit of Pope Francis to the United States in September. He has also been selected from among the American bishops to represent the United States at the 2015 Synod of Bishops that will conclude the Pope’s two-stage synod on the challenges to family life. Archbishop Chaput is known in Catholic circles for his strong advocacy of traditional Catholic values especially relating to marriage, family life and the dignity of every person including the unborn. He is also a Franciscan friar who has embraced a life of poverty and simplicity—a life he holds in common with the current Pope. In this full interview from S+L’s documentary The Francis Effect, Archbishop Chaput speaks about the changes that he sees Pope Francis initiating in his reform of the Church and reflects on the response of Catholics in a time when some are feeling unsettled. Watch Episode 8 of Point of View: Interpreting the Francis Effect Airs Sunday, February 22, 2015 8:30 pm ET / 5:30 pm PT Only on Salt and Light Television.