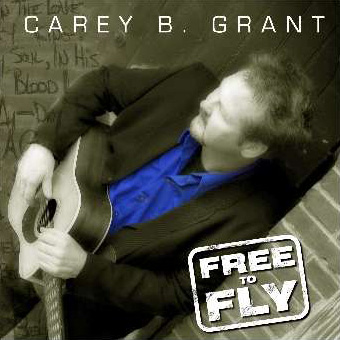 Carey B Grant is a Canadian Christian involved in music ministry in Canada. His music is poetic and well put together. Listeners will be encouraged, entertained and touched, through His music.Carey has always wanted to record a Record that would capture a live feel without compromising the message which is timeless. " I'm tired of striving to write a formulated genre of song; just so it can fit into the some current music mould." Just like the lyrics of The Song Reachin' 2nd verse " " Sick 'n' tired of tryin' to be Perfect ... This time I'm taken off My Mask ... Steppin' out a The Shame ... Gonna Dance 'n' Sing " It's a deeply personal thing to capture who I am as an artist in a natural way, at this point in My Life. It's about " faith, tryin' to enjoy the ride through life's struggles, day jobs, financial pressures, Why am I here, My Mom's passing after Her battle with cancer ' " with " The Main Thing " being " The Main Thing," Say's Carey. Producer [http://www.christianmusiconline.com/david-rashed/ David Rashed, suggested that Carey, go back to His musical roots & to freely play your guitar, without controling every sound. The Approach to this CD was to make it a liberating & fun experience as well as to keep things simple & true. This element of breathing space allowed dormant ideas to surface. The result was a spontaneous almost-live CD called, "Free To Fly". David's unobtrusive way in the studio was a great incubator for inspiration & emotion. Songs like: Can I Trust You, I Believe, Free To Fly, He's Comin' Back Now Jack, I Will Follow You, were borne almost live off the floor & were worked less than some of the other songs which were built off of favorite musical ideas. "Free to Fly" is a " Relevant " guitar driven CD, that captures the many of Carey's different writing styles & was Produced by David Rashed / P.E.I. of Canadian RockBand, Haywire. David Rashed co-writing & gtrs. & Tommy Detamore steel gtrs / Floresville Texas.