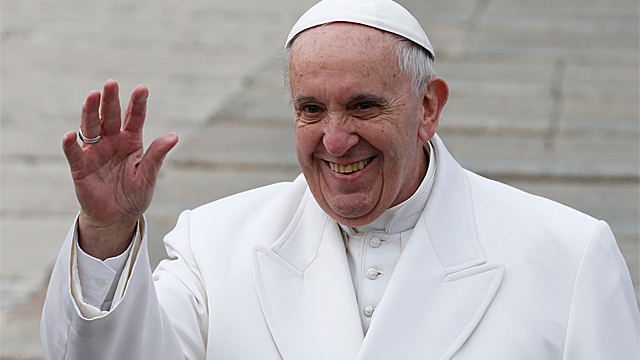 The Holy See maintains diplomatic relations with 180 states. Among those are countries that do not have diplomatic relations with each other. Iran is one of those cases. Both Canada and the US do not currently have formal diplomatic relations with Iran. The Holy See, however, has maintained diplomatic relations with all three of these nations, even receiving president Hassan Rouhani in audience this week.
President Rouhani’s visit to the Vatican was the first time since 1999 that an Iranian president met with a pontiff. The Holy See has had formal diplomatic relations with Iran since 1957, through thick and thin. However, in 2010 then-president Mahmoud Ahmadinejad  visited Rome for a UN meeting on the effect soaring food prices. In a break with protocol he did not visit the Vatican during his time in Rome. Reports at the time stated that the Vatican had canceled all meetings with heads of state in order to avoid giving the hard line Iranian president the publicity he was after. The relationship between the two nations survived that moment and the rest of Ahmadinejad's presidency.
The president received at the Vatican this week is different type of leader, facing unique challenges. Rouhani’s visit was the first official Iranian visit to Europe in almost 20 years. His goal was quite simple: try to rebuild economic ties with potential EU trade partners. The stop at the Vatican was a protocol visit, but also an overdue visit to an old friend. Crux, the Catholic news site of the Boston Globe, reports that in 2007 when it seemed that tensions over Iran’s nuclear program might lead to armed conflict with the U.S., Tehran turned to the Holy See as a potential mediator. While their motivation may be different, both parties want peace and stability in the middle east. Yet for all his goodwill, Rouhani faces challenges at home.
Despite his moderate leanings, some ruling bodies in Iran, including - according to some reports- security and intelligence forces, are still control by hard line groups who disagree with Rouhani. These groups override Rouhani’s attempts at reform, cancelling cultural performances at the last second and banning books. At the same time Human Rights Watch reports that executions have increased in recent years and growing numbers of journalists, bloggers and social media activists are being arrested.
--
Watch this week's episode of Vatican Connections below: